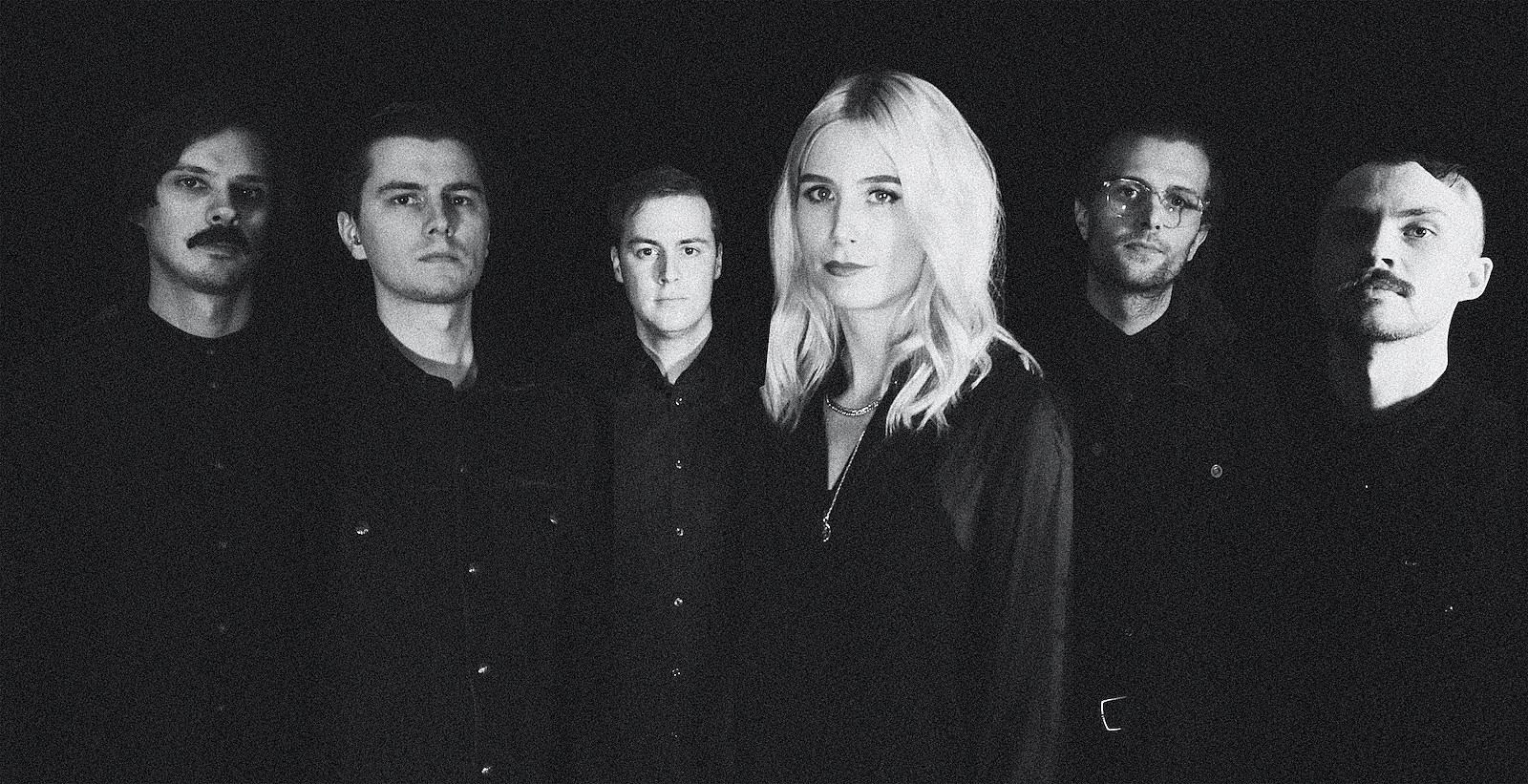 By David RodriguezSeptember 21, 2021 No Comments

Blodet ebb and flow throughout Vision, showcasing a mastery over atmosphere and well-earned shifts in tempo and energy to create an enigmatic experience.

You know, for as much as I overthink and overanalyze some of the music I cover, sometimes it’s just as simple as the music sounding good in order for it to stick with you. Such is the case with Sweden’s Blodet, a sextet on Church Road Records (already a sign of supreme quality) that delves into some slow-burning, experimental post- sounds of all kinds.

That’s not to say the music is flat or devoid of meaning – far from it – but the execution to me meant that I could enjoy it on a surface level, which is refreshing. Here is a band that really puts their atmospheric foot forward, dancing cleanly between rock and metal densities, always retaining an air of mystery and prowess. Vision is a short, yet formidable mini album, clocking in a couple minutes shy of a half-hour, but being just as impactful as those twice as long, probably even more. Across three songs, you get the idea that Blodet have the time and enjoy filling every second of it.

This project’s sole single, “The River”, is immense, but quick to start. We get pensive guitars and vocals to lead into this track, but the tone is set. Things feel… wrung free of color, like a lifeforce is on the edge of complete emptiness in the wilderness. Such is the tenet of gloomy post-rock and metal. Still, something clings on; something you can hear in the vocals of Hilda Heller. It’s like they lead us to more fruitful grounds, where the instrumentation picks up in the end like a mini crescendo. Guitar and bass lock hands and gain a momentum that feels familiar, but not overwrought and lasting for whole minutes.

There’s a similar immediacy with “She Remains”, forging a neat bass-heavy rhythm to carry the song through its nearly six-minute playtime, altering itself as needed for its key instrumental break in the middle where things really get brooding and arcane. That’s a real apt way to describe Blodet‘s approach to this sound: magical. Not Disney whimsy, but something more primal and indebted to the natural order; something that threatens the balance of all things were it for even one element being knocked out of whack. The repeated refrain/pre-chorus of ‘She remains (just what she is)‘ throughout the song is omen-like as a result, a recognition that there are things that can’t be changed, as if speaking of prophecy.

Topping everything off is our title track, “Vision”. At over 15 minutes, this is the most immersive track on the album because it’s very deliberate with how it builds itself up. What start as mere instrumental rumblings – almost like the band tuning and testing themselves into being – warp into stirring, rousing walls of sound that give way to a delicateness that isn’t exactly present elsewhere on Vision. It’s here that things take on a bit of a spiritual tone, like we’ve entered a sacred grove of some sort where the only inhabitants are cryptic in nature.

Heller’s vocals really steal the show as they build up throughout the middle of this massive song. Drums crash as she harmonizes outward, guitars form simple melodies that feel ominous and powerful, before it all drops out of existence in the ether. You can almost make out a chime-like sound in the back accompanying a deep hum before the guitars return and pivot the song into its final, bursting measurement – an elongated death rattle that, finally, brings some concrete hope to the scene. Heller’s impassioned reassurances of ‘It is not too late‘ seem to fulminate against the oppressive, darkened mood that Vision has, but don’t feel out of place.

After multiple listens, I think I found the true spirit of Blodet. Yes, they seem deliberate with their musical expression, but at the same time it’s almost improvisational, acting moreso based on cue or feeling than adhering to a strictly written song. There’s great value in that, even if I’m reading the band wrong. It feels authentic and flowing, like the river they devoted one of their songs to. Not only that, but Vision dangles so elegantly between heft and tranquility so as to make it hard to define, something that I appreciate even if it makes my job ever so slightly harder.

I should have mentioned before that Vision is my first foray into Blodet‘s musical world, so while I do lack the context that their other works may provide, a couple things are nonetheless clear to me after this album. First, I see why Church Road signed them – they’re a natural fit into their skillfully eclectic diversity. Second, they’re excellent at what they do! No context needed to recognize that. They have a firm grip on atmospheric experimentation, employing a wide array of rock sensibilities to give it all shape and ways to relate to us as music fans. Vision has some qualities to it that are hard to nail down, but rest assured you can simply enjoy the ride as I have. Play this on an overcast day and you’ll find it to be an appreciated companion.