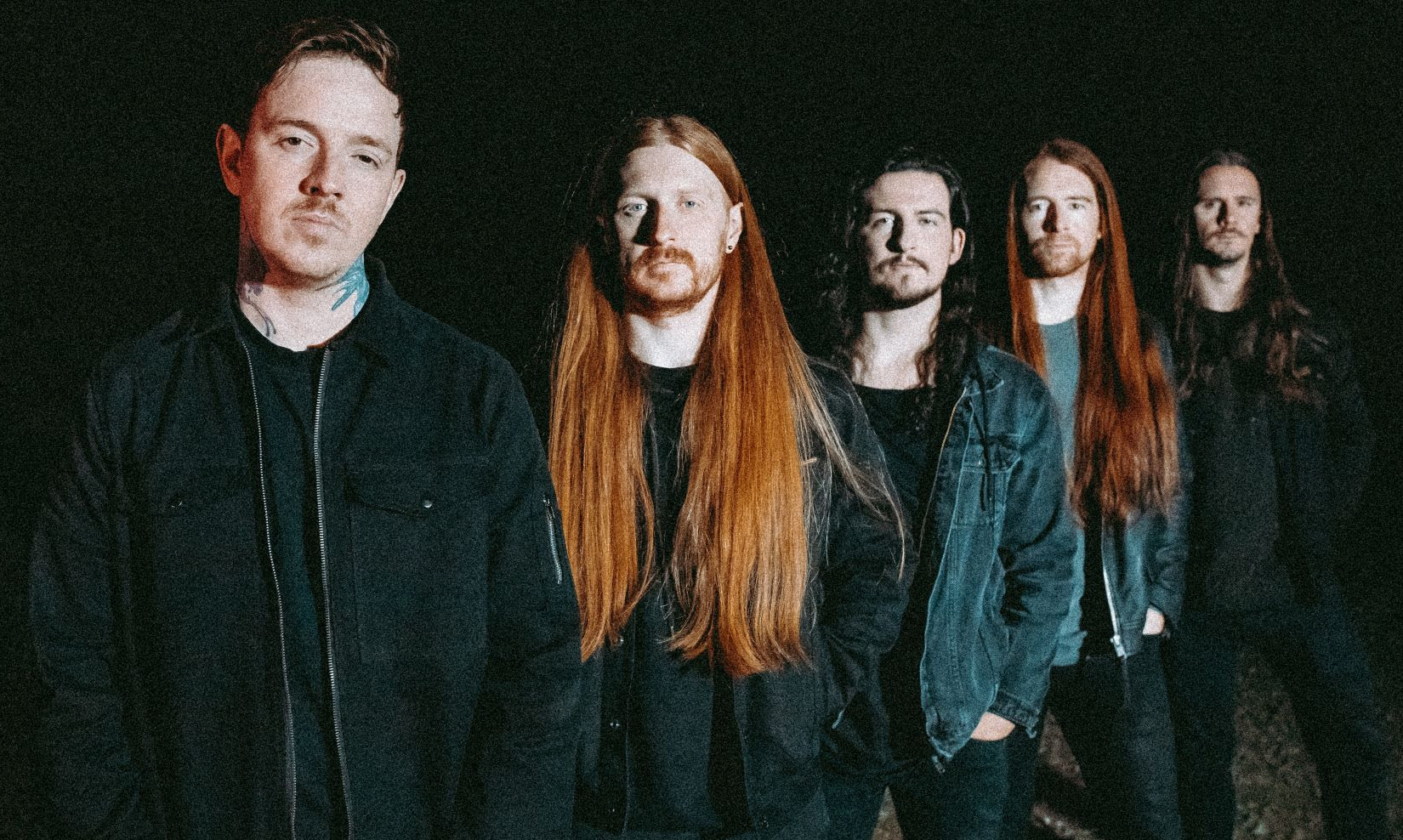 Bleed from Within – “Shrine”

Get ready for one of the better metalcore records of 2022. Bleed from Within bring out the big guns.

Even though Bleed from Within have been active for the past seventeen years, it’s only recently that they started getting the right amount of spotlight on their act, especially now with Shrine being released on Nuclear Blast. If you ask me, about damn time and it’s well deserved. I caught wind of them only a while ago, some months before the release of Era, about which I managed to talk a little here. It’s one of those heavy and engaging records that stayed with me well. I became so enamored with it that when I first heard Fracture on its release, I was instantly disappointed. Granted, Fracture wasn’t exactly prime cut either, but the bias was also very real.

As I advanced through the pandemic, I was holding hope that Fracture was just a ‘fluke’, nothing more than a small experiment or slip which would be rectified, and Era would get the follow-up it deserves. Shrine is exactly what the title implies, for that prayer. It’s every bit as good as I hoped the sequel to Era would be. Better late than never, right? I will admit that I was kind of skeptical even after hearing the first two singles. There was a part of me too afraid that ‘Fracture II’ could be a reality and it curbed all potential excitement into nothing. So, you can imagine my surprise after my first listen of the album.

In a classic fashion for the band, which at this point is definitely some trademark (although I’m not sure how intentional it really is), the first three/four tracks are absolutely demolishing. As I cranked up the volume, with every passing riff I kept melting more and more out of my chair. “I Am Damnation” opens the record with an almost Car Bomb-y riff, giving you no option other than headbanging into oblivion. It then dials the ‘epic’ knob up to 11 and breaks it there with the ensuing chorus. Rinse and repeat, how’s that for an intro? Fucking aces if you ask me!

I didn’t even manage to gather myself off the floor because “Sovereign” kicks it even harder, blazing in with some hot riffage and speed. It holds something of an Era vibe to it and I love it for that. What really got to me, though, was the madly satisfying placement of that ‘modest’ solo near the end. It was an incredibly satisfying moment, especially with how rare (tasteful) guitar solos have become in metalcore and adjacent styles. Truthfully, there’s nothing out of the box, or ‘wow’, but the way everything is glued together makes for an insanely tasty experience.

“Levitate” dials even more ‘epic’ into the mix alongside the heavy riffage with its practically anthemic chorus. I love the fact that this element made its way into the band’s music, making atmospheres larger than life, although I have a massive sweet spot for things like that, so take it with a boulder of salt. Through the song, we even catch some glimpses of orchestral elements creeping about. While their placement is very nice and it offers more nuance to the huge atmosphere, their tonal quality leaves a lot to be desired, feeling like some very basic plugins were used to obtain the sound.

While there’s something of a dip midway through the record, it’s nothing serious, and it catches momentum properly as it nears the end. That’s eerily similar to how I’d describe the flow of Era as well. Anyway, things maintain an engaging feel, with plenty of action to go around. I think I can finally get over my obsession with Era and transfer the mania onto Shrine.

Despite this, it’s not all rainbows and sunshine with Shrine. There’s one thing that really bugs me and that’s the production. I am really confused as to how things that weren’t an issue before are now glaring issues. While the overall instrumentation lacks some clarity and definition in sound stage, and guitars are bleeding a little more than they should into the mix, the vocals are the most grating part. You can hear distinctly how in certain spots there’s simply way too much distortion added to the vocal recording and it’s very poorly mixed and mastered. It just feels like whenever there are screams and growls, my speakers are burning out or clipping hard.

As it can be seen, I couldn’t say it’s a flawless record in the end, but Shrine, for what it is, is a lot of fun and I’m definitely going to spin it a good deal. I’m thankful enough as it is that good modern metalcore is still being made! It’s a sight that keeps getting rarer and rarer. So yeah, check this new Bleed from Within record if you want a fiery dose of riffs with a fat side of epic to it.