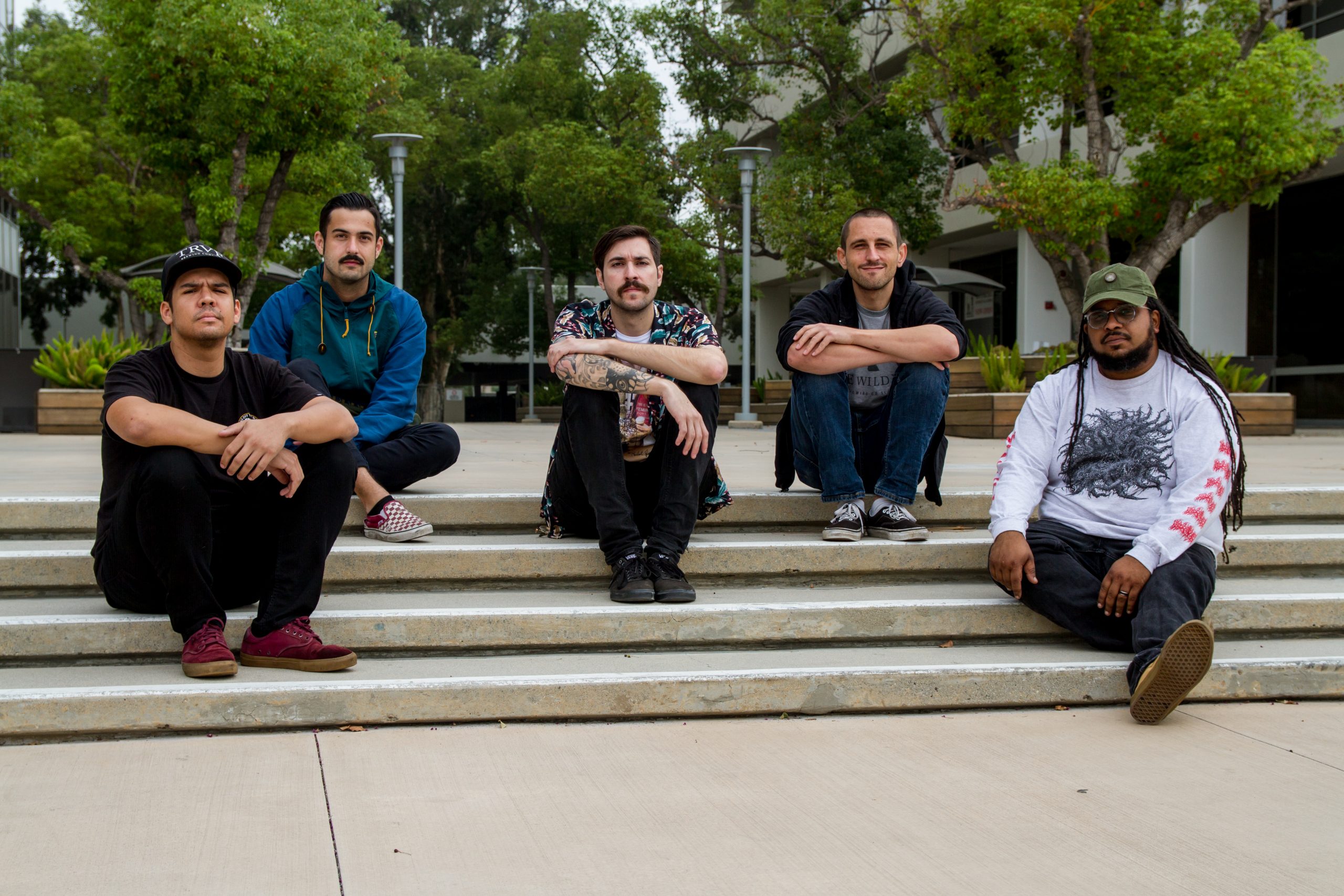 By David RodriguezFebruary 19, 2021 No Comments

After a six-year break, Black Sheep Wall have hardly missed a step in dishing out annihilating sludgecore – a testament to their stopping power and prowess.

Fuck yeah, new Black Sheep Wall. I was utterly excited when I heard new music was on the way. If you’re not familiar with them, they’re the California band that revels in heavy-ass sludgecore whose contact e-mail on Facebook reads puppiesandpizza@gmail.com. They’re the band who named their last album I’m Going to Kill Myself, but adorned the cover of it with a painting worthy of a fantastic children’s picture book. Fun is had by the band, but their music is anything but cheery.

It’s nigh disturbing the lengths that Black Sheep Wall will go to in order for them to make a point. Between nihilistic lyrics and songs timed in the double digits, some of their music is downright cauterizing, but it first has to make a wound so that it may close it up. That’s where their hardcore-steeped post-metal/sludge punch comes in. At it since 2008, they’ve treaded absolutely nightmarish hellscapes rife with abandoned hope, crippling isolation, and abject failure. Songs for the Enamel Queen changes nothing… except for the things it does.

Hidden deep in the quartet’s (potentially burnt-out and spent) soul was a craving for change. As such, “Human Shaped Hole” pummels out of the gate with an almost mathy groove to the guitars before somersaulting into a curb stomp with rampant drums and caustic vocals. Even being one of the shortest songs the band’s ever written, nothing is pithy about it – its refrain of ‘fucking my way to the top‘ is delivered with corroded vocal chords and a true disdain for self and others. It’s vicious, but not quite viscous as their sludgy past would warrant – that comes in the next songs because, just kidding, Black Sheep Wall are still all about those fucking violently subterranean tones and immensely dense instrumentation.

“New Measures of Failure” is the first of four(!) long-form, ten-minute-plus tracks and this one’s an emotional powerbomb from the top rope. Built from the ground up around the time the singer and lyricist was going through a rough break-up, it shows both in words (‘this was inevitable, I’m sorry I let you down‘) and sonically where we get the precise overthink of a racing mind in the midsection where those lyrics could be found as well as the elephantine weight that flanks on all sides like a crunching prison. Although they travel on much different roads of metal and heavy music, I’m reminded of similarly unrelenting bands like Primitive Man.

Before, much of Black Sheep Wall‘s slow sections could hardly be considered respites due to menacing moods, and while things are far from whimsical here, they do feel less spaciously confined. This is fine from a quality standpoint. “Ren” for example has a trumpet headlining the second half of the track while rust-coated vocals are belted out from below as if gradually drowning in quicksand and the music is a reimagining of “Taps“.  “Prayer Sheet for Wound and Nail” leads off with a foreboding guitar melody with humming bass and shambling drums. The track just pulses and aches along for nearly three minutes before closing the walls in such a way that would make a claustrophobic person wince. To fans, this may be home and it certainly feels like it to me, but to see the band teasingly open up wider than ever only to crush again and again like the maw of a cosmic horror is exciting on an almost depraved, fetishistic level.

Look, I listen to a lot of heavy music. I crave it and actively search out stuff that will render me into a gore pile when the last song finishes gnashing me into the fibers of the carpet. I enjoy the bleakness and total void of decency and positivity that can come with it. Black Sheep Wall are among the best when it comes to these specific tastes of mine. For years now I could depend on them to take me to that place and feel like new with each listen. If this album is only one thing, it’s another worthy entry into that canon, a celebrated effort that joins others for the band and reminds us that they’re not interested in relinquishing that title any time soon as they throw us into a circular saw one more time.

Songs for the Enamel Queen is hard to digest. It’s long and vast, designed to make you feel every seething lash of the flagellating whip and the salt poured into the glistening divides of skin soon after. You can practically feel yourself be mentally mummified as you listen to the emotionally pained shrieks and groggy ravings from someone too far gone, and it’s never sounded better. Out of context, I supposed that reads as fucked up to say, but that’s the trade-off when listening to harrowing music such as this. Black Sheep Wall were never ones to sugarcoat or take the easy way out because life rarely affords us that same courtesy. They’ve championed dense, complex, and irrefutably difficult art for those with nowhere to turn from the start and this album changes nothing… even if they changed a bit themselves. For my money, this is 2021’s first must-listen. Prepare yourself.