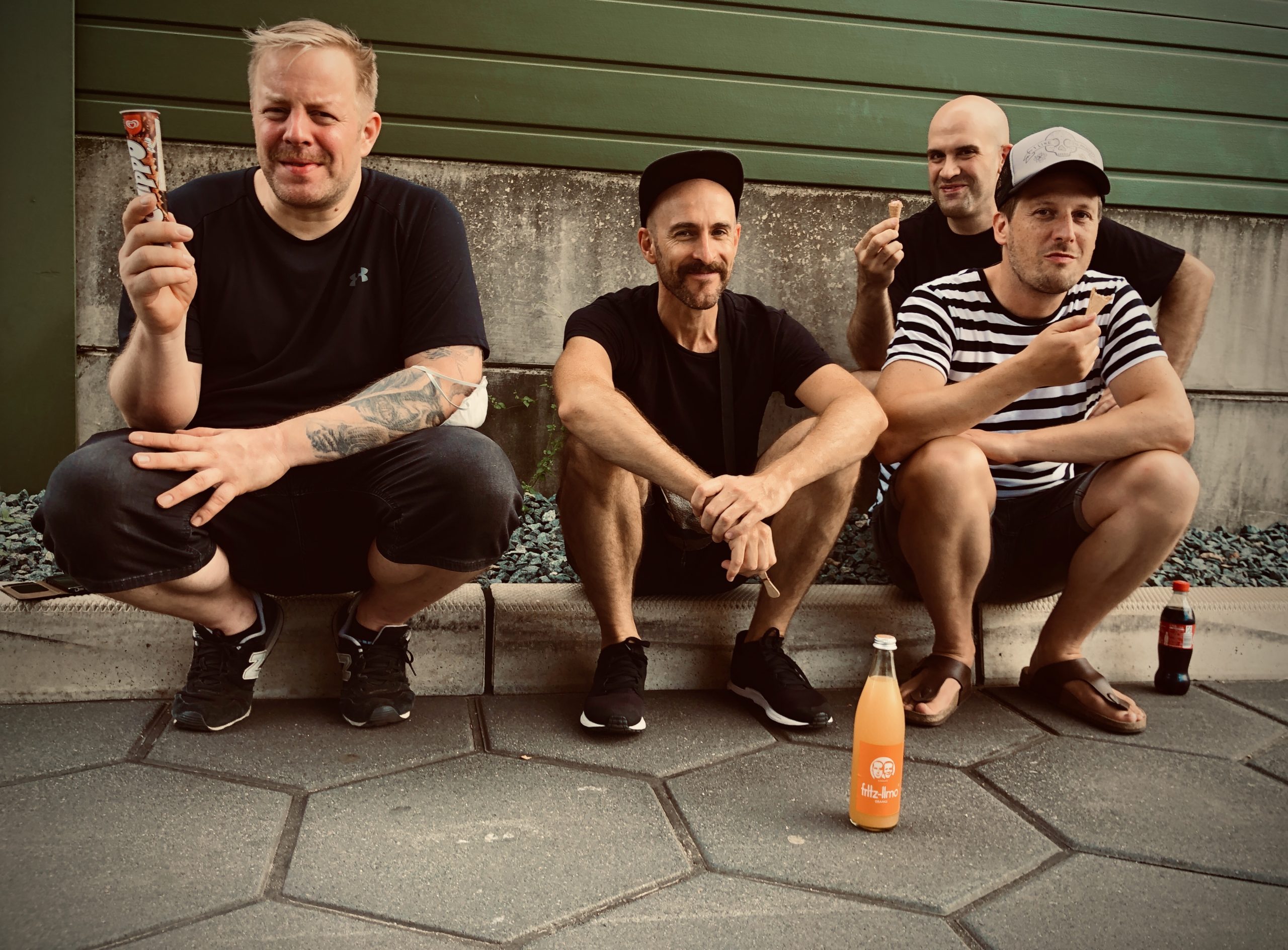 By Tyler KollinokFebruary 18, 2021 No Comments

ParkWalker paint a beautiful picture of tranquility, warmth, and comfort on their debut album Distant Phenomena.

I’m stuck in the middle of a cold winter in Central Pennsylvania, and the lack of sunshine has definitely overstayed its welcome. As someone who often merges his current music tastes with his mood, these last couple of months have led me to listen to plenty of introspective and melancholic bands. There’s something warm and welcoming about songs that match the way I’m feeling, regardless of where they exist on an emotional spectrum. Right now, I’m diving deep into a math rock kick. In my opinion, some of the most gorgeous modern music falls under the Midwestern emo category, and I’ve found myself drawn to so many bands that represent that sound incredibly well.

While Stuttgart, Germany isn’t located in the Midwestern United States, ParkWalker has flawlessly captured the sounds and style that come from that area. I was fortunate enough to premiere their song “Memento” a month back, and I’ve been incredibly excited for more material from the band ever since. It’s incredibly charming to see the resurgence of emo music in recent years, but not all of it really connects with me as much as it should. ParkWalker is an instant exception, primarily due to the crisp and melodic songs they create that sound as if they were plucked from my favorite albums in the 90s. The band’s debut album, Distant Phenomena, doesn’t rely on common modern math rock tropes to try to stand out among the crowd. Instead, ParkWalker focuses on making memorable music that is captivating and amiable. Today, we at Everything Is Noise are proud to premiere the entirety of the band’s debut album!

The album starts effectively with one of my favorite tracks, “Night Out”. Rather than launching the record loudly, ParkWalker takes the time to lay out their intentions for what is coming. The song starts off spacey and calm, complete with quiet drums, twinkly guitars, and a clean bass tone. As the track continues, it eventually builds to a hard-hitting bridge that represents a more triumphant and prominent approach. The vocal melody on the song is one of my favorites, as it reminds me a lot of something that would be heard on a Circa Survive or The Sound of Animals Fighting album, but it is sung in a more comfortable and warm register. While the song does grow to a much larger dynamic, it doesn’t force the shift by overcomplicating the music, but instead, it builds in a genuine and natural way. The band themselves have even said that ‘After musical projects with heavier sound, we all wanted to create something relaxed, melodic and pure. Like a stroll in the park, nomen est omen. Chris and Malte from RAMA studios directly caught our drift and captured the sound idea brilliantly. As a result now perpetuated on our debut Distant Phenomena’.

Need one word to describe “Welcome to Gravity”? Gorgeous. The track was the first I heard when I initially checked out ParkWalker, and it’s stuck with me ever since. The song is definitely subdued, but the vocal melodies and guitar tracks evoke strong emotions. In my head, I often relate some of ParkWalker‘s tracks to things that may have come from the 90s, and this is especially true for “Welcome to Gravity”. It has a vibe that reminds me of the more plaintive Counting Crows songs in the best way possible, probably because I personally could hear it fitting perfectly with the upsetting third-act scenes in a 90s romantic comedy movie.

As the album moves into the second half, the tracks continue along with the same mood, but they also evolve and integrate additional musical ideas. The swaying heard in “SkyView” is soothing and stimulating in a way that is unique for Distant Phenomena, and the barren soundscapes in “The Very Road” leave a lot of space for contemplation. As the album reaches the final track, “Thieves”, the music returns to a whisper that soon grows to one of the loudest moments of the record. In my opinion, the first three tracks are really where the magic happens, but the entire album as a whole is still excellent. I just personally find that “Welcome to Gravity” and “Night Out” really capture ParkWalker‘s spirit in the most successful and beneficial way.

If you’re like me and are on a constant quest for satisfying music to combat the bitter world outside, look no further than Distant Phenomena. ParkWalker are a young band, but you wouldn’t know that just from listening to them. While the influence of Midwestern emo bands like American Football is obvious, it’s important to note that the band brings their own approach to the aging genre and keeps it enjoyable and fresh. I personally believe that genres like math rock and emo music have become oversaturated with bands that focus more on technicality than songwriting (an opinion I also equate with technical death metal). ParkWalker doesn’t fall into the trap that some of the band’s peers do, which inevitably makes Distant Phenomena such a pleasurable experience.