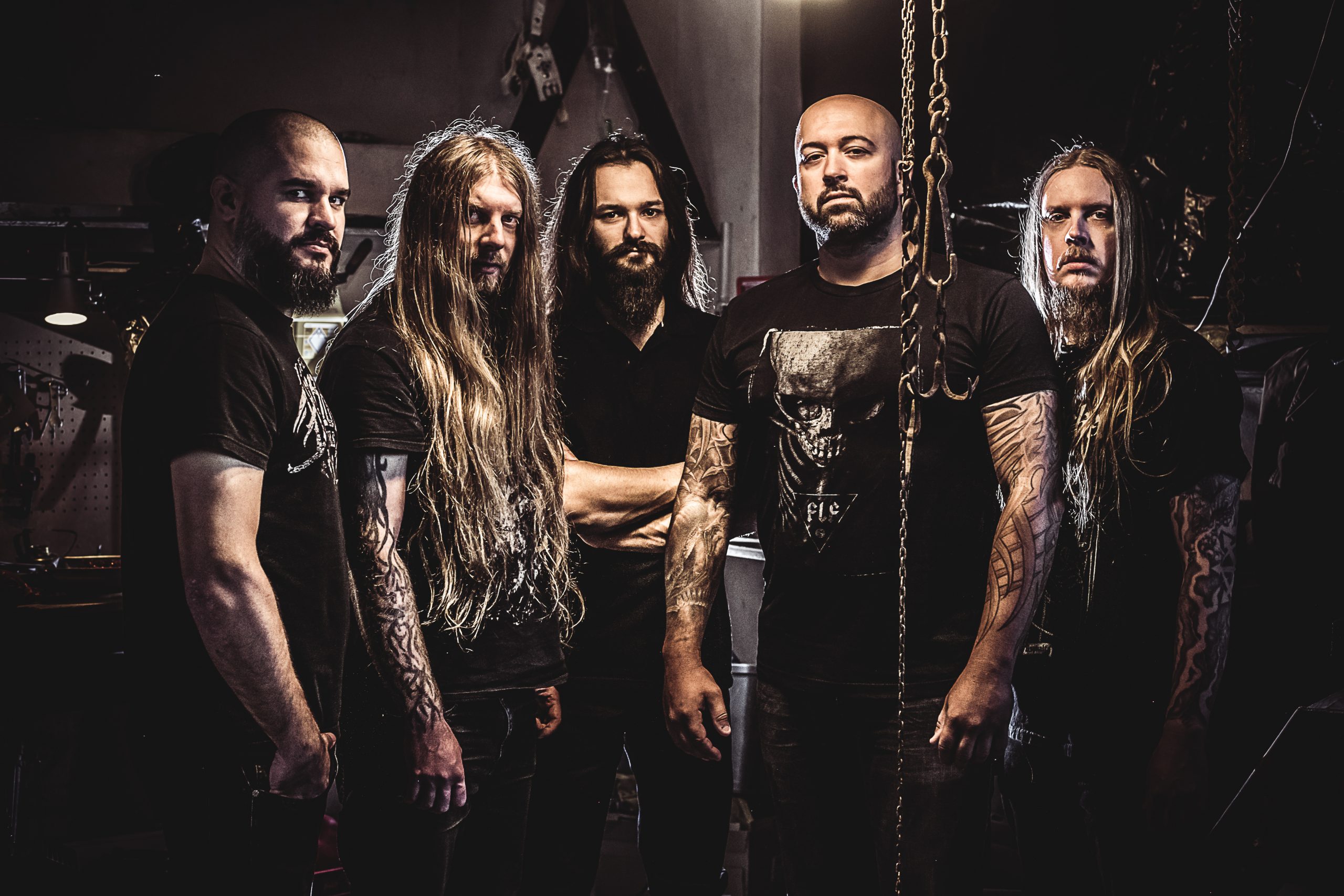 Benighted will cogently and brutally grind you to bits with their impressively over-the-top new album Obscene Repressed.

What do you get when you crossbreed one of the most distinguished first-class deathgrind bands with a chilling narrative boiling down to one whopping oedipal nightmare? Well, apparently you get Obscene Repressed, the ninth album from the French filth purveyors Benighted. Now, if you find yourself wondering if it is something you desired or indeed something you deserved, I can confidently say that yes, yes it is. And way more than only that, actually.

Coming out on April 10 through Season Of Mist, Obscene Repressed showcases a band in their prime and their trek from one dim spotlight to another, which started over two decades ago. I personally discovered them a year or two after the release of Carnivore Sublime, and I don’t know if I was ever able to get back to normal after that. Their previous album Necrobreed only further distanced me from the mundane matters of man, and it’d be an understatement to say I got quite excited and giddy when they announced the new album, let alone when I got an early access to it.

The album starts with a sample of someone smacking something I’d rather not know more about, when a sudden familiar shriek detonates the title track into all of its indescribably absurd glory. The lunatic vocals, grating guitars, and unfathomable drums instantly create captivating frames. As per usual, the production is clear and robust, being up to par with that of the preliminary few releases. What sets Obscene Repressed apart from them as a whole, though, is indubitably the more vibrant and lively songwriting. This aspect emerges during the first few tracks already, on the single cuts “Nails” and “Brutus”, as well as on the fourth track “The Starving Beast”; here, we hear the band abandoning the conventionalities of time and space, operating without any pre-established restrictions. Rapid changes and excisions aren’t a novelty with Benighted, of course – they’re just put to use in a fresh and adventitious way this time.

Also in a customary manner, there are a few guest vocalists of great degree included: Sebastian Grihm of Cytotoxin, Jamey Jasta of Hatebreed, and Karsten Jäger of Disbelief. These feature spots are picked with precision, placed where the additional manning fits like a glove. A good example of this exact thing is the sixth track “Implore The Negative”, which stands out as its own kind of grindcore-meets-hardcore-meets-industrial piece, where Jasta’s inclusion feels almost mandatory, however strange that may sound. Still, albeit diverse by nature, the track sits in well amongst the others, and such is the case with the few other, more experimental tracks as well.

For me personally, “Casual Piece Of Meat” shines above the rest with its surprisingly overwhelming atmosphere and disparity. We’ve gotten similar tastes on the past albums as well, and usually those individuals tend to hit the hardest. That’s why it was also pleasant to realize that Benighted didn’t limit themselves to just that one track this time, as the dismal and evil ethos continues to be present throughout the latter portion of the album, sometimes subtly, sometimes insurmountably. The latter goes on through “Scarecrow” and “Mom, I Love You The Wrong Way” as well, making up an almost heartfelt, fascinating killer three-track combo.

Thematically, Obscene Repressed appears as a vile and disgusting fever dream. The story itself is worth reading into, as despite the gore characteristics treading on being repulsive at times, it’s still meticulously thought out, and (rather surprisingly) quite immersive in the end. It virtually reads like a psychological horror novel. In order to not stretch out this review, and not to needlessly mow the detailed concept down to a vague summary, I’ll take a short cut and link the story here, and stress that the viewer’s discretion is highly advised.

Benighted is the kind of band I will always enjoy, regardless of the situation or context. After having had Obscene Repressed on repeat for a while, it’s still tricky to point out where exactly it sits within their discography, as it obviously takes some time to fully digest everything on it. While I won’t deny that the album suffers from fatigue on few occasions, it’s still lightyears ahead of most of its peers. The performance is close to flawless as expected, and without a trifle of suspicion, I’m sure that no one waiting for this album will be disappointed by it.