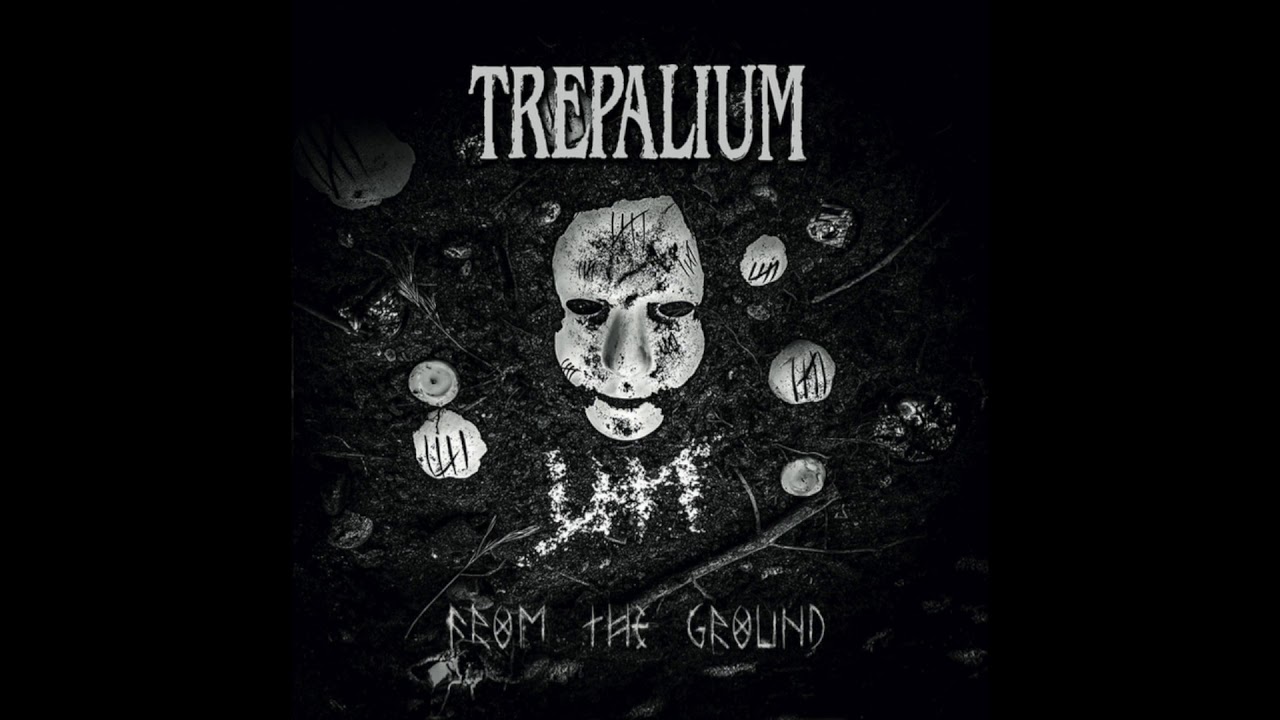 French prog metal powerhouse TREPALIUM‘s new album From The Ground is a quirky riff carnival that is bursting with energy and groove.

In these chaotic times, it’s easy to get caught up in the doom and gloom of it all. Coronavirus has affected everyone to a greater or lesser extent; personally, I’ve been feeling glum for a while about a bunch of gigs being cancelled – both ones I wanted to go to and ones my band was supposed to play – and the fact that my band can’t even practise now due to social distancing restrictions. Plus, the future of my job is uncertain, like so many other peoples’, too. If you’ve read some of my other reviews, you’ll know by now that I love doom-laden music – considering all that’s going on, though, I needed a little pick-me-up, without it being raucously happy. If you do, too, stick around. TREPALIUM’s new album From The Ground might be just the thing.

The French prog-metal powerhouse that is TREPALIUM formed in 2000 and released their first demo in 2002. From The Ground is their fifth full-length release, a concise collection of seven snappy songs that are guaranteed to get even the most stoic pessimist grooving. Groove and progressive metal don’t generally go together – unusual time signatures make it hard to create a catchy feel, but TREPALIUM don’t seem to struggle with this at all.

The album’s opener and title track, “From The Ground”, has swagger straight out the gate, kicking off with a riff that’s jaunty but also gloriously twisted, weaving in and out of odd time signatures. Initially, I was a bit put off by the production – that very quantised drum sound and tight progressive distorted guitar tone isn’t really for me, and it’s something that we’ve all heard a lot. But the song is just so good! Subtle layers of synth add depth, the sporadic addition of piano is a refreshingly new texture, and the vocalist sounds unexpectedly like M Shadows (without the annoying nasal undertones). It’s a short song, but it leaves me feeling energised every time.

On From The Ground, TREPALIUM frequently use triple meters, in which the beat subdivides into three rather than two. Along with the kinds of melodies used and the seemingly omnipresent organ in the background, this gives From The Ground a heavy carnival feel without it being cheesy. I enjoy the dark fairground atmosphere – it’s like each song is a different exhibit, each more morbidly fascinating than the last. And, much like a carnival, they feel almost giddy, each one a merry-go-round of textures, harmonies, and odd noises. The icing on the cake is the singer, his voice somehow simultaneously smooth and rough with smokiness.

While the songs on From The Ground do start to become a little bit similar in the middle of the album, their shared qualities are all positive: a ruthless sense of abandon, high levels of energy, and catchy choruses. Thanks to every song having a different unique detail, the songs become easier to tell apart with each listen. For example, both “Secretly Depressed” and “Aimless Path (Part 1)” are similar in feel and grooviness; however, “Secretly Depressed” is deeply catchy, with a chorus that gets better and better every time, and a guitar solo that starts off almost jazzy and then morphs into something vaguely resembling death metal, whereas “Aimless Path (Part 1)” sounds unnervingly like the lovechild of Opeth’s “Sorceress” and Pantera’s “Five Minutes Alone”, featuring sprinklings of piano as well as fat organ pads.

“Feelin’ Cold” is perhaps the most unusual track on the album – heavy and almost bluesy, but with unexpected harmonies, some damn fast half-spoken vocal phrases, and the iconic organ in the background. It’s a great example of a song that, while being structurally very simple, is complex enough to be interesting. Being the second-to-last song, it’s also nice that this one in particular is different. With “Feelin’ Cold”, TREPALIUM show that they’re not the one-trick pony they might make themselves out to be earlier on.

None of the songs on From The Ground are ever boring, that’s for sure. Despite some of the riffs and chords used being similar from track to track, the brevity and energy of the songs keeps the album fresh, and the use of unusual time signatures and cross-rhythms keeps me interested. TREPALIUM have a really solid, refined sound, and the clarity and sheer size of the production makes for a fun listen. It’s an album that makes me feel very much alive, and glad to be so.