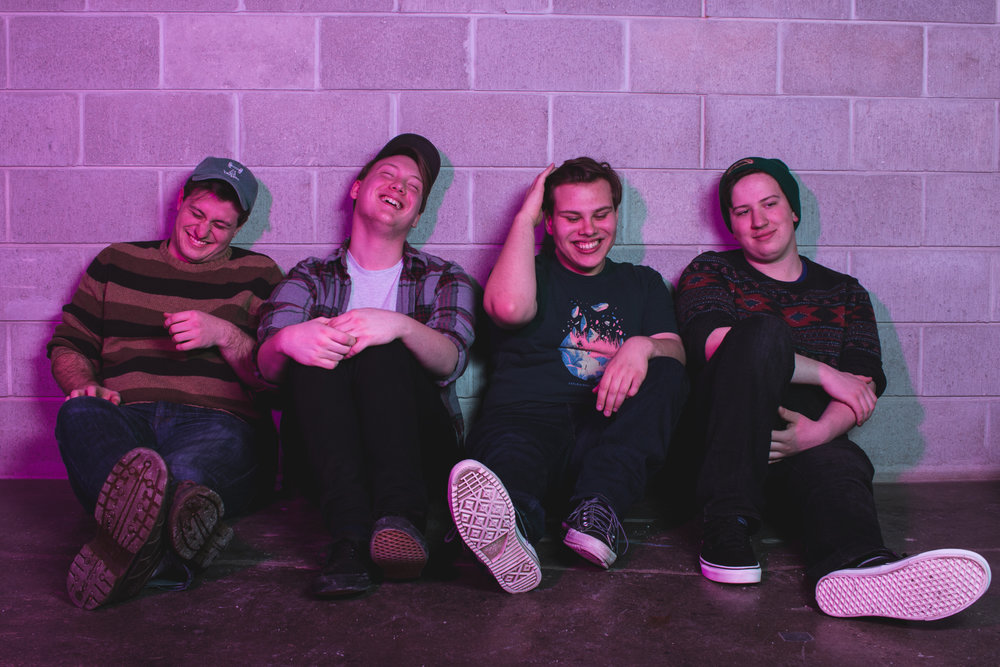 Barely Civil – “I’ll Figure This Out”

By Tyler KollinokSeptember 13, 2020 No Comments

Barely Civil succeed in capturing the sound of heartbreak with their emotional sophomore release, I’ll Figure This Out.

As my summer in Pennsylvania ends, I can’t help but feel like time keeps moving faster and faster. Normally, this season is filled with trips to the beach and road trips to see shows all over the place. However, this summer was rather different for me. it involved one socially-distant day at the beach, a busy work schedule, and a pretty excessive amount of television. It is easy to be tenderhearted during a summer that felt more isolated than usual, especially when compared to how these months were typically spent in the past.

Perhaps my soppy nature towards the end of a season aids in my enjoyment of Barely Civil and their brand of emotional indie rock. The band honestly sounds like they belong on stage on the now-defunct Warped Tour, performing in the middle of a scorching afternoon in July. Ironically, the music they create additionally feels perfect for a chilly day in the winter, matching the seasonal affective disorder many people experience when the days become shorter. Their approach to emo fits perfectly with other pop-punk artists like Real Friends and Moose Blood, but also is unique, as it often remains reserved and poignant. If you ask me, Barely Civil‘s sophomore full-length, I’ll Figure This Out, will grab both your attention and heartstrings and refuse to let go during the complete 34-minute runtime.

The album starts with the combination punch of “…For Now” and “Bottom of the Lake”. The opening track begins with nothing but pounding drums and catchy gang vocals, eventually building to a crescendo that leads directly into “Bottom of the Lake”. Barely Civil proves early in the album that they have a firm grasp on utilizing dynamics to their advantage. “Bottom of the Lake” has subdued verses, but the track hits incredibly hard during the choruses. By varying the intensity of the song, the band seizes control of the listener’s emotions, guiding them through a far more expressive experience. “Bottom of the Lake” does a fantastic job in setting the tone for the rest of the record, without completely outshining any of the later tracks.

Many of the songs are triumphant in building expansive soundscapes that build from a whisper to an explosive climax.  “North Newhall” and “Hollow Structures” are both songs that follow this exact formula. It’s massive to hear each track erupt with passion and emotion, inevitably leading to some of the more impactful moments on the album. That being said, “The Worst Part of December” and “Fairmount” are a bit different, as they both remain a bit despondent and toned down from beginning to end. Both approaches fit Barely Civil‘s brand of emotional indie rock, and by utilizing both methods, the entirety of the album is compelling and pleasing.

One of my favorite tracks on the record is “Box for My Organs”. It’s one of the more upbeat and lively songs on I’ll Figure This Out, but still fits in excellently with the remainder of the album. I absolutely adore the lead guitar part that steers the track into the chorus. It reminds me so much of the Midwestern emo bands I’ve been listening to lately, most notably Tiny Moving Parts and Charmer. If anything, this song showcases the band branching into a slightly more aggressive sound. To me, including a track that brings up the energy a bit during the midway point of the album is certainly beneficial to the unit as a whole.

If I could make one complaint (and I’m really nitpicking here), I wish that the production for the drums wasn’t so dry. The guitar parts sound delicate and have a comfortable amount of reverb that adds a lot to the overall atmosphere. However, tracks like “…For Now” and “Hollow Structures” both contain strong floor tom strikes that don’t quite fit in as well as they could. The drum tracks feel like they’re in a totally separate dead space from the rest of the band, which is a bit distracting to me. The ambient nature of the songs certainly lend themselves to a bit more resonance in the drums, which would possibly add a lot to the overall effect of each track.

I’ll Figure This Out is warm music that is perfectly fitting for the upcoming colder season. Bands like Barely Civil really understand what it takes to deliver an impassioned record without having to rely on typical tropes from other emotional music artists. The album absolutely contains plenty of memorable moments, especially in some of the quiet and heartfelt sections. Hearing a beautiful indie rock album like I’ll Figure This Out is perfect to make me sentimental towards the quick passing of time, but it definitely doesn’t feel like time wasted when listening to music like this.