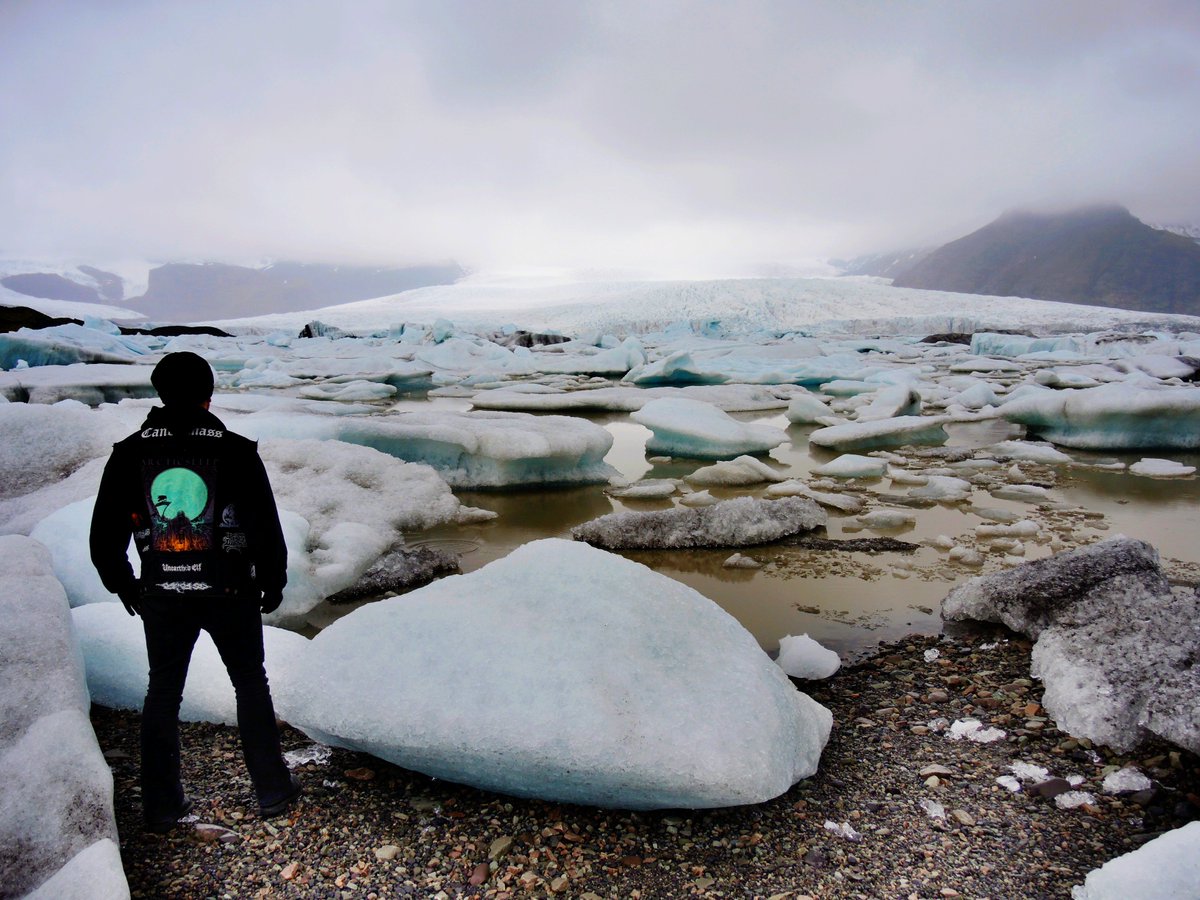 By Natalie DominguezJuly 18, 2019 No Comments

Kindred Spirits is a winding array of the phenomenal beauty and artistry that can occur when we are coping with feeling our lowest. It is both full of great meaning and wholly wonderful to get lost in.

As someone who listens to many artists all the time, I can typically find enjoyment in almost any type of music. So, when it comes to an album I am personally highly anticipating, I tend to critique it much more harshly. It’s rare for me to be entirely impressed, as I hype it up so much in my head that it is bound to fall just short of what I had been hoping for, regardless of how genuinely exceptional it may be. That being said, all of that was blown completely out of the water with Arctic Sleep‘s latest release entitled Kindred Spirits. If you’re wondering where you remember that name from, we recently highlighted them as our Weekly Featured Artist, within which we discussed this very album as it was in the works. After that interview, the excitement over the Milwaukee-based atmospheric doom group’s seventh studio LP was in full swing.

Now I’ll be honest with everyone here, Arctic Sleep is one of my favorite bands. But like I said, that just means I held much higher standards for them this time around. The group has gone through various lineup changes since its conception back in 2005, and it is now back to being a solo project by founder Keith D. Along with Keith himself, Kindred Spirits was also produced by John Naclerio, whose credits include the likes of My Chemical Romance and Strawberry Girls. It also features the return of drummer Nick Smalkowski, and guest appearances from vocalists Craig Cirinelli and Bridget Bellavia. The culmination of all these incredibly talented artists coming together is what sets Kindred Spirits apart from its predecessors.

Kindred Spirits kicks us off with “Meadows”, whose name instantly puts the listener into a serene mind set. This track stays true to its title in that it encapsulates an abundance of enchanting vocals, and the loveliest cello and drum duet possibly ever featured in a metal song. Combined with Arctic Sleep‘s doomy guitar riffs make for a gritty-meets-graceful, jaw-dropping opener.

Already, this album is seeming to be unlike anything the band has done in older works, and this notion is proven within the title track “Kindred Spirits”. It’s not as vocally-charged as the previous songs, but features more ominous melodies that flow along with the upbeat rhythm of the song quite well. As we are embraced with a triumphant guitar riff and instrumental outro, my mind painted mental images of strolling down a wooded path just after the sun has gone down, and the tiny bit of light leftover beyond the trees is just enough to safely get yourself home. With this track, I began to pinpoint exactly what it reminds me of. It invokes the power and magnificence akin to Devin Townsend Project‘s Epicloud (and trust me, I am well-aware of how big a statement that is), but with a looming sense of longing cradling the background noise, which is the same feeling I get when I listen to Opeth‘s Ghost Reveries (another strong claim, I know). I am unsure if this song came before the album title was chosen, but it is clear as to why it is the title track.

Sixth up on the track list, and my overall favorite, is “Connemara Moonset”. This all-instrumental piece showcases the project’s diversity with a djembe carrying the beat and some more fantastic cello harmonies to carry us through. I have a particular soft spot for instruments and elements uncommon to Western music and the genre in which they’re being used, so this piece was bound to ‘wow’ me.

We slow things down a bit with “Welcome to the Harbor Light”, as the vocals seem to float us down a moonlit stream and let us relax with the bass in tow. Then, we pick things back up again as the guitar slowly but surely shakes us out of our peaceful solitude and thoroughly turns the dreamy ambiance into a full-on jam session.

“As Palms Give Way to Pines” marked the point in which the overall message of the album became clear to me. So far, the lyrics have dealt with swirls of sorrow, grief, living in a nightmare, and trying to recover on one’s own. Yet, there has not been a clear somber tone to any of it. On the band’s official site, a summation of the inspiration for the album explains that Keith D had written the music for the album with ‘his closest and dearest friend by his side‘, his cat, Yoda. Soon after the music’s completion, Yoda fell sick and passed away. Kindred Spirits was born from that immense loss. On a personal note, I lost my sweet dog a couple months ago after having him as my right-hand man for more than half my life. So once I learned of the album’s roots, it immediately struck a chord with me, as I am sure it will anyone else who has lost a loved one, two-legged or four, sometime in their life.

The album closes out with a beautiful and oh-so-comforting lullaby of sorts; “Old Soul”. This song seems to seal up an overarching pains of doubt, anguish, or lonesomeness that we may still be dealing with up to this point. And at a whopping nine minutes and twenty-two seconds, it is the longest on the record. It begins with a bass soundscape that soon becomes accompanied by some faint, cricket-like effects that slowly come to the forefront as the rhythm bears on. The whole piece is only a few notes, droned out to almost the very end, then we are signaled to rest away our melancholy with the sound of light, paced-out breathing, as though someone is sleeping nearby.

While I am still undecided as to whether Kindred Spirits tops 2014’s Passage of Gaia in my personal lineup of preference, I am willing to admit to a happy tie between the two. It amazed me from the get-go, and I can truthfully say that it threw any and all preconceived notions to the wind. It is so vastly different from anything Arctic Sleep has done thus far, that I cannot help but love it just for that alone. That, mixed in with the sheer multifariousness it contains, makes Kindred Spirits a contender that deserves to be on everyone’s radar. In a note about the album on Arctic Sleep‘s site, Keith states: ‘No matter what dark place you are in, this album is intended to be by your side and help you find your way through the mires of sadness and to the meadows of hope that lie beyond.‘ And honestly, I believe it has the ability to do just that.