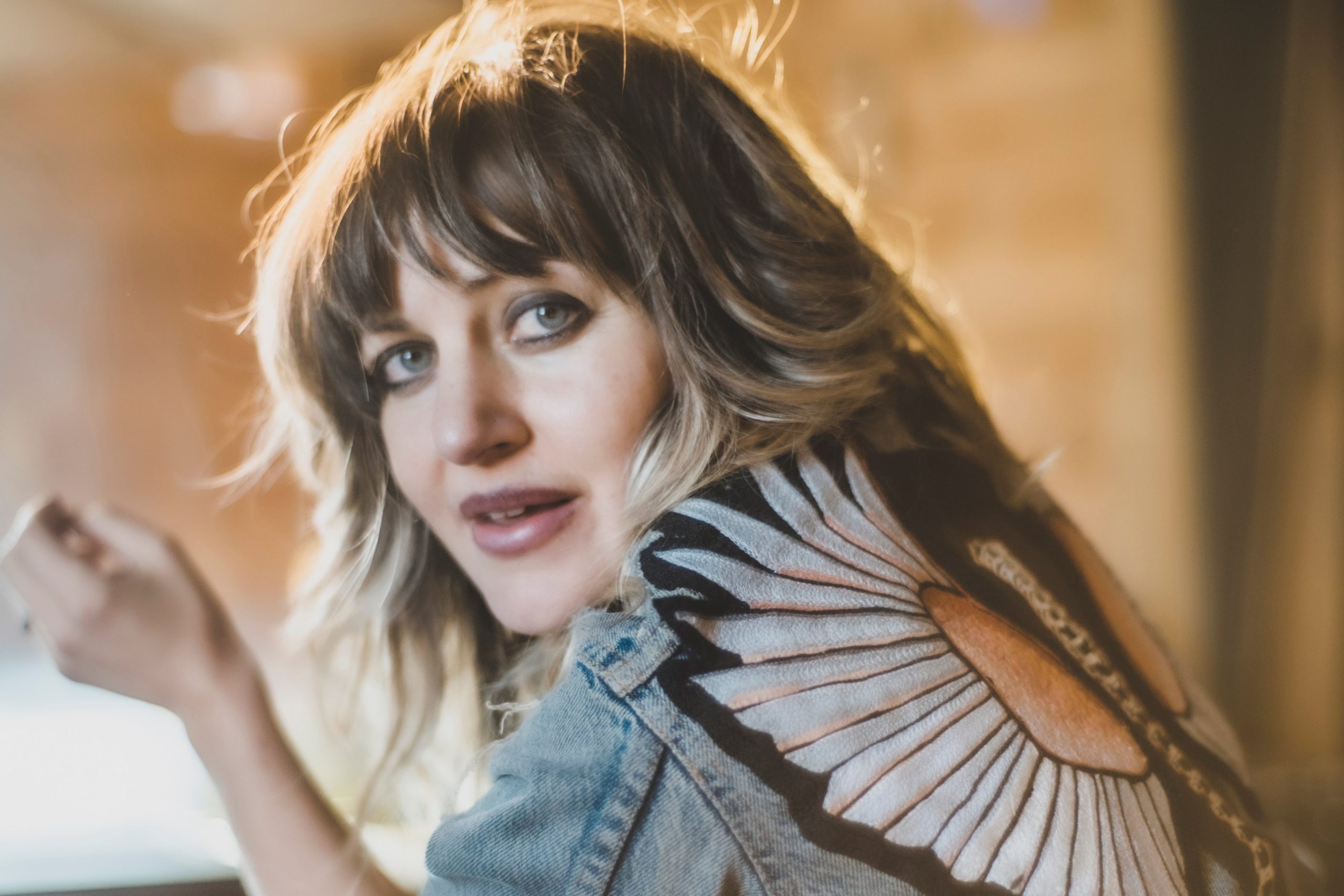 Anaïs Mitchell, the master of the folk world, returns with her first full-length solo album in almost a decade, the ten tracks within are more than worth the wait.

There’s something special about seeing an artist you enjoy listening to succeed and keep an extremely busy schedule. Even more so when they seem like genuinely nice people as well as excellent artists. However, from a selfish point of view, the success that Anaïs Mitchell has enjoyed with Hadestown, first as an album then as a Broadway musical, was celebrated with a certain sadness. The reason for this sadness was simple, whilst we saw her appear fleetingly with the likes of Big Red Machine and Lau as well as the stunning Child Ballads with Jefferson Hamer, Mitchell’s solo output was restricted for obvious reasons and we have had to patiently wait for a new release. 2022 has brought the goods with a brand new solo studio release and let’s cut to the chase early – this self-titled album is a real beauty.

Anaïs Mitchell begins delicately with “Brooklyn Bridge”, tremolo infused swells leading into simple piano, before Mitchell’s trademark vocals take centre stage. There are certain voices that just exude calm, with this track showing Anaïs Mitchell as arguably one of the greatest. There are simple changes in dynamic and timbre in the vocal delivery, from the softly sung opening verses, to the powerful ‘I wanna be someone/Wanna be one in a million‘, Mitchell reminds us early in this album how much control she has over her main instrument.

Lead single “Bright Star” follows, changing pace with a more upbeat folk feel. While “Bright Star” is obviously busier than the album opener, it retains the simplicity of delivery that is so effective. The drums, so often an instrument that can easily overpower an album of this ilk, subtly move from rim shots to snare hits whilst always melting into the background. Drummer JT Bates shows a great understanding of what each track needs throughout the album with appropriate changes of pace or feel where needed and showcases this expertly on the second track.

“Revenant” brings the opening tracks together, the driven folk-feel offset by soft vocals and gentle piano. ‘We’re as young as we’ll ever be/Old as we’ve ever been‘ comes the lyric, a reminder perhaps to live in the moment, as opposed to dwelling on what has or is yet to happen. There is a fragility to “Real World” as the only track with solely guitar and vocals. It is a song that sums up the thoughts many of us have had in the past few years and it seems apt that it would be delivered with such a sparse arrangement. ‘I wanna talk with my mouth full/Pass around the vegetables with real folks at a real table/A meal in the real world‘ Mitchell sings, a simple pleasure that we have been robbed of for what seems like forever.

Whilst it seems like there is less storytelling or character interaction than previous releases, Mitchell still shows her lyrical prowess and ability to weave her message through a song on tracks such as “Now You Know”, an intricate insight into a busy mind. The best is arguably left to last, with two wonderful closing tracks in “The Words” and “Watershed”. The two tracks are expertly woven into one, simple piano and finger-picked guitar providing quiet accompaniment to Mitchell’s musings. “Watershed” in particular showcases Mitchell’s love of building a track subtly with gentle additions and smooth transitions within tracks. As the final notes fade, you will likely find yourself yearning to go back to “Brooklyn Bridge” and take another journey through Anaïs Mitchell.

After such a long time, Anaïs Mitchell would have been forgiven had this album failed to live up to expectations. However, she has simply slotted straight back in as one of folk’s finest, with ten beautifully arranged tracks. As alluded to earlier, the accompanying musicians deserve great credit for their contributions, from the strings of Nathan Schram and Nadia Sirota on “The Words” to the brass playing of Michael Lewis on “Revenant” and everything in between, the band are more than aware of when to take the lead and when to sit in and let the track push itself forward. Whilst I would never have thought I’d be happy to wait a decade for another Anaïs Mitchell album, it is clear from Anaïs Mitchell that good things come to those who wait. In the meantime, I think I will have this album on repeat until we are graced with a follow up.