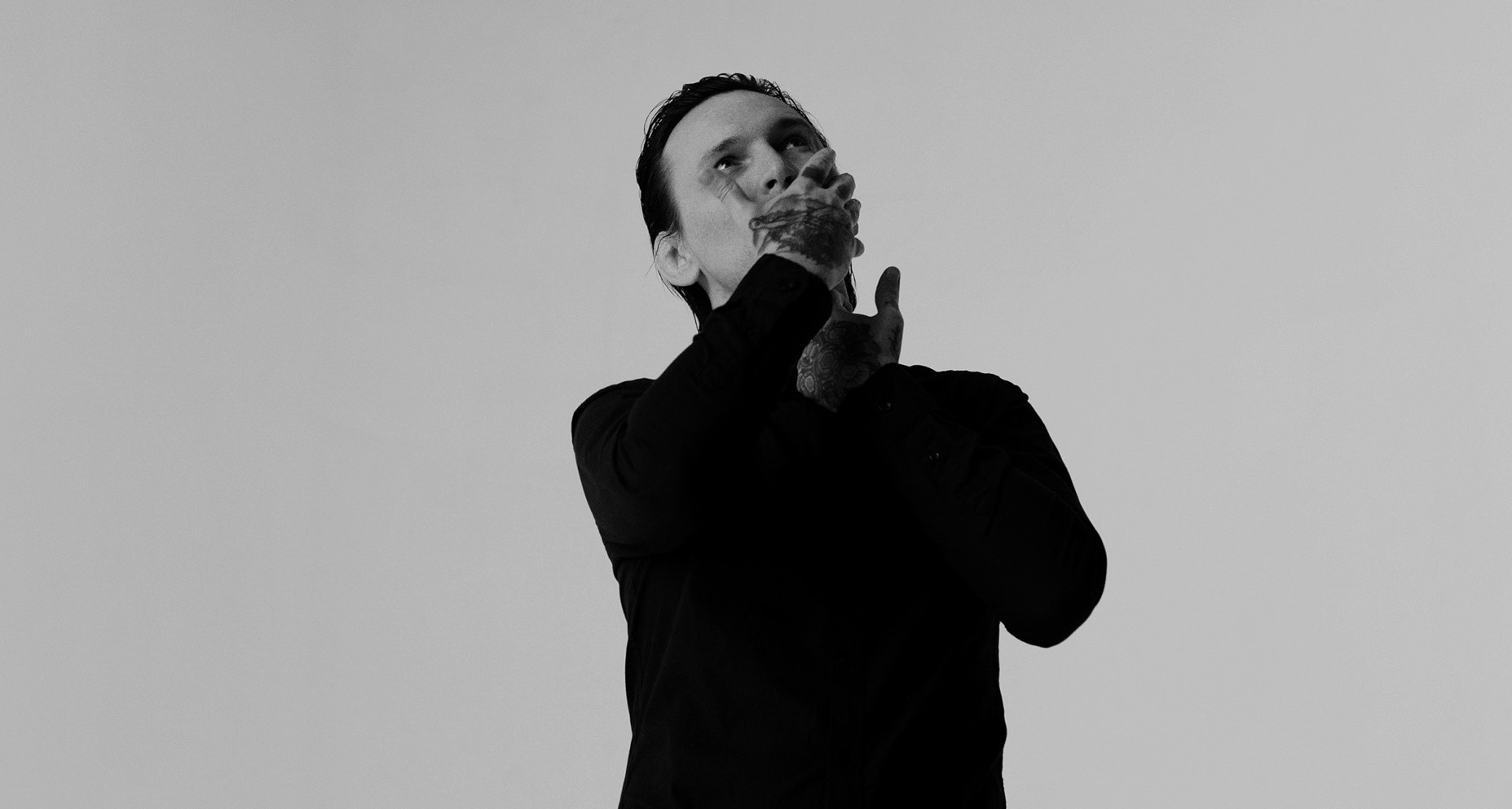 Alexis Marshall – “House of Lull . House of When”

Alexis Marshall‘s House of Lull . House of When is a masterclass in abrasiveness and dynamics that should be a required course for anyone even remotely invested in music as an art form.

I’d lie if I said I weren’t thrilled to learn that the man best known for his work behind the mic for the legendary Daughters is embarking on a trek completely of his own after releasing his excellent debut single “Nature in Three Movements” a year ago, announcing his first solo album House of Lull . House of When earlier this year, to be dropped via the guaranteed-quality label Sargent House on July 23. Alexis Marshall has gained a reputation for himself through his unique vocal delivery and performance, being very much humane but over the top in execution. While his appearance dictates Daughters‘ output to quite an extent, I know I’m not alone when saying I was curious to hear the end result of what happens when the entirety is built around this individual, and that particular curiosity was met with an experience riddled with tangible pain, haunting ache, and musical fulfillment.

It’s a brave move to open the album with one of its most glowing highlights, but even though “Drink from the Oceans. Nothing Can Harm You” thrusts the listener in right where we wanted to find ourselves, the rest is far from a descending quality. The song, also being the longest one the album, builds up the eerie atmosphere via plain but memorable piano hits, piercing swells, and Marshall’s barely sung, half-yelled narrative-esque vocals. It of course goes without saying that the vocals are the single most important and dictating aspect on the album, but the instrumental department, while built to support this, also stands well on its own, making the entirety of House of Lull . House of When a thoroughly interesting and satisfying listen. It bears an engulfing value as well, which is demonstrated quite well on the first track already, with its pensive and augmentative pace. Even though there’s a lot to discover later on, the effort presents its cards to you very extensively right from the get-go.

Ending on an apocalyptic note preceded by a noise-laden crescendo, the album picks up momentum on the second track “Hounds in the Abyss”, again relying on an evolving mood attained by very simplistic rhythms and movements. The lyrics recount a questioning story about a stalker that may or may not be there, shadowing each and every single one of the narrator’s moves. What’s for sure is that this lurker has reserved a permanent spot in the teller’s psyche, much like the album itself will root itself to its listener’s memory for good, as the hooks are plenty and of a rather striking kind; even the smaller shreds of melodies will stay with you due to their elusive but assimilative nature. “Hounds in the Abyss” is by definition a one-trick pony through and through, but the trick in question is a damn good one, which keeps its replayability pristine still after dozens of listens.

“It Just Doesn’t Feel Good Anymore” throws an endless string of orders towards the listener, seasoned with strange noises and a pace that, albeit lacking most characteristics of an advancement when it comes to instrumentation, carries the song forward. Even though these commands are delivered in a somewhat tongue-in-cheek fashion, they unquestionably feel quite palpable for all of us, especially in current times. Besides the vocals, the lyrics are the second most important aspect on the album, and while I could easily quote the whole thing here to underline their significance, I obviously can’t do that. It’s either all of it or none of it, a formula pushed forth on this particular song, evading reason and things to hold on to, apart from the aforementioned.

The following pair of “Youth as Religion” and “Religion as Leader” is a winsome combination of its own, both tracks representing their own sides of a single coin, the former building on mood and calm tones with a spoken word passage while the latter proceeds with broken rhythms, growing vocals, and other looming instrumentation. The two form an entirety where it’s very difficult to separate one from the other apart from the mentioned stylistic shift, not that they should be viewed as individual pieces anyway. While I can’t shrug off the feeling that the pair more or less represents a middle ground (granted that it doesn’t exactly have any low points), they nonetheless perfectly demonstrate the dynamic range of the album, the dance between loudness and silence, and the compositional tug of war between the facets of beauty and dread, and their ingrained pleasantry and ugliness.

The following track “No Truth in the Body” accelerates the album back to the high points from where it originated, the entirety of the track being composed around what sounds like bits of something harsh and heavy falling into a crate, topped with unsettling keys, and vocals that all together eventually push the envelope of musical intimidation to its breaking point. While not the best song Marshall has to offer on this record, it’s at least one of the strongest. After this profound dig into emotion, it’s only fitting that the single cut “Open Mouth” makes a notable return to this cruel reality with some of the roughest aural edge to be found on the whole effort, given its jarring impacts and continuous feedback, semi-lunatic call-and-response vocal panning, and steadily driving pulse. This track is probably the one most resemblant of what Daughters did on You Won’t Get What You Want a few years back, but that doesn’t diminish the track itself at all. If anything, it’s a tasteful callback rather than a redundant recursion.

The intensity set in motion on “No Truth in the Body” lasts for the remainder of the album, and gets all the more choking during the last tracks “They Can Lie There Forever” and “Night Coming”. The previous can be considered the final actual track in the album’s main timeline, flourishing in growing, effervescent harshness and abrasive tones, while the closer is more of a mellow piece akin to “Youth as Religion” in all its subtle atmospherics and quite prevalent sense of ending. Notice how I said ending instead of closure – this album really offers no conclusion or inherent consolation at any point, even less so when being brought to a close. The feeling of dread and haunting remains long after the final swells have rang out, and the only proper way to deal with it is to re-listen to the album, hence creating a vortex of sullen emotion constantly feeding upon itself, unattainable to any form of easement.

House of Lull . House of When is the very epitome of polarization in music, as it will carve you deep and hard, clinging to you by all means necessary, and your only options are to either excessively fight it or let it in, enjoy it, and nurture whatever it is that seems to be clenching your throat so hard. There will be people who can’t stand absolutely anything on this album, but as someone wiser than me once put it, it’s their loss. To me, and to a multitude of others, Alexis Marshall‘s debut is exactly what we need during these times – something to hold on to, something to keep ourselves composed with, and something within an arm’s length of aural transcendence.