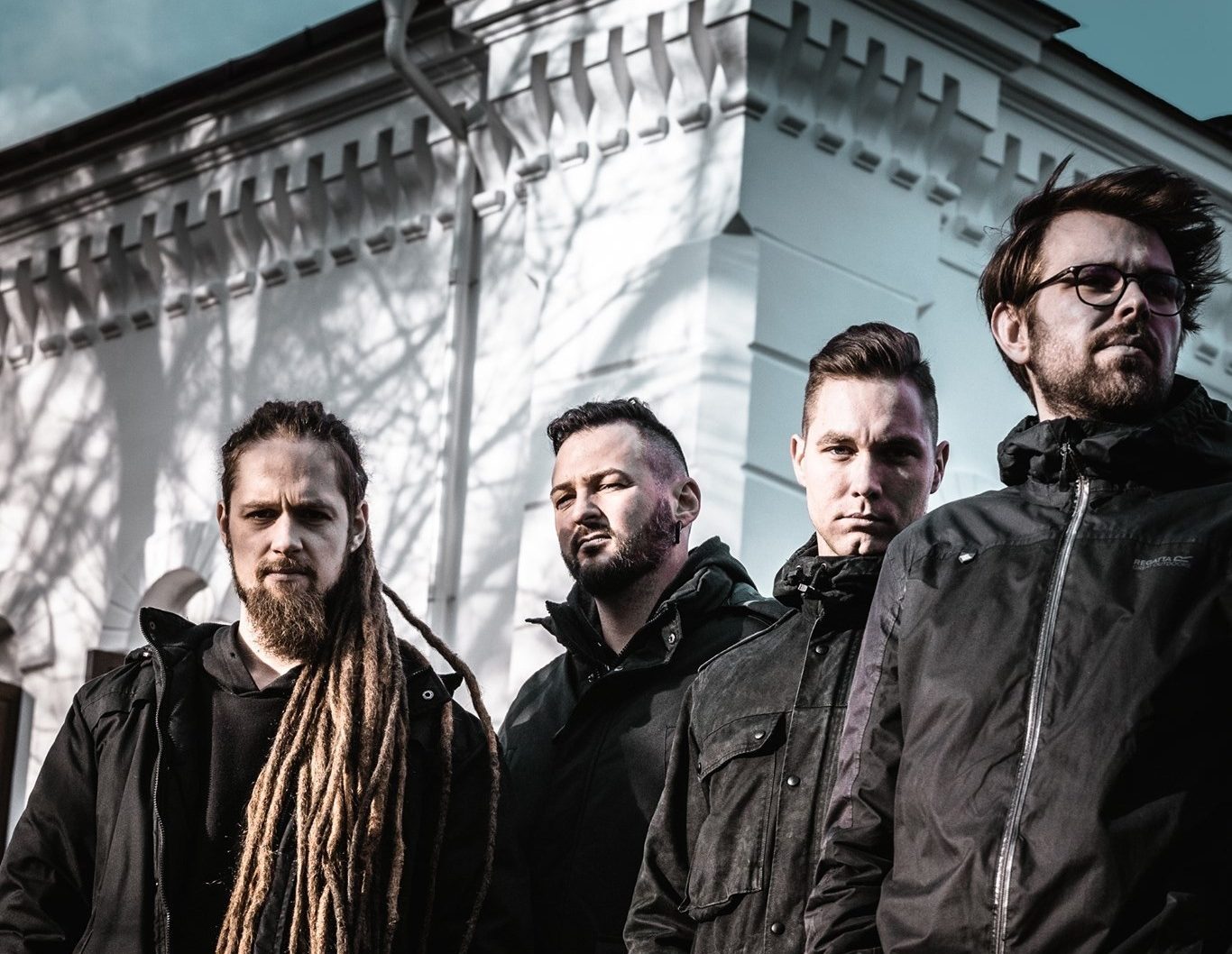 Savigaila is about as punishing an album as you are likely to hear in 2021. Sludge just doesn’t come heavier than this.

Lithuania’s Erdve are one of those rare bands that could quite easily stand at the forefront of any one of a myriad of genres without answering to any. They’re a band you could just as easily compare to Nails as you could Primitive Man, which speaks volumes about their, well, volume, but also of the unrelenting quality of their output to this day, and even then it’s a disservice to reduce this band to a mere comparison with others. 2018’s Vaitojimas delivered an exhilarating trial by sound, brandishing a stacked arsenal of sludge, hardcore, and black metal that siphoned the most unrelenting elements of each. It was a truly menacing record, and now they have followed it up with an equally savage succession. This is Savigaila.

Its title translating to ‘self-pity’, Savigaila immediately kicks off with fierce intent. Where their debut album focused on such despondent themes as crimes against humanity, domestic violence, and other heinous acts, Savigaila takes a look inward at the challenge of accepting reality, however unsettling it may be. This introspective movement is reflected in the unnerving atmospheres cast out across this album. When it’s not overwhelming the sonic landscape with blast beats and breakdowns, it’s shifting uncomfortably as a shadow that blots out the sun and the sky. It is both blunt force trauma and death by a thousand cuts, which makes for a horrifically intense experience.

“Lavondemes” is about as ferocious an opening track as you are likely to hear. As a new discovery on my part, this track represented my first experience with Erdve, and I can comfortably say this one blew away the cobwebs and then some. I’ll start by saying that this track alone prompted me to add their full catalogue to my playlist for the day; in many ways, that’s an appropriate summary of this band’s searing oeuvre. There are no means of poetically describing it better than simply ‘heavy as shit’, as blast beats marr the silence with savage efficiency and breakdowns scorch the aural plains with discordant fire. The bilateral vocals of Vaidotas Darulis are both despotic and strained, delivering both a cruel narration of hell on earth and the voice of its anguished subjects.

The consistency of the album is truly astounding and quickly struck me as one of its strongest qualities. As relentless as Savigaila may be, there is an ingenuity to its pacing that gives you brief moments to breathe and recoup before returning to the fray. It’s an agonising tsunami that sweeps you up in its waves, but on tracks like “Votis”, “Pleura”, and “Pragulos”, the album recedes, allowing for a less chaotic vision of despair and destruction to take over before the ocean’s pull forces you right back into a maelstrom. Tracks like this are in many ways the more sinister ones, their respective restraint giving you space to dwell on agony where other tracks are more prone to simply overwhelm. It’s a different approach, but it makes for two that Erdve have proven themselves masters at. And I think it goes without saying that when this band goes hard, they go hard. “Sugretinimas” utilises an unsettling metallic gnawing as the basis for its onslaught, whilst “Bendryste” is arguably the most hardcore infused moment on the album. The denouement Savigaila achieves over its closing two tracks is the apex of their mastery of Erdve‘s musical dynamism, trading off dulcet piano with an almost euphoric sludge closer.

In all honesty, there is no great evolution that has occurred between Vaitojimas and Savigaila, not that one was needed given the sublime quality of the former; in fact, it’s perhaps fairer to say that Erdve made the job of improving on their debut almost impossible, yet somehow they did. To my knowledge, this comes as the result of a band with a clear focus, instinctive collaboration, and total control of their output. Like a finely tuned doomsday machine, there is a subtle tightening here and a hint of maturing there that just allows the album to flow that little bit smoother, and it does so without sacrificing a jot of the experimentalism that maks Erdve such an essential new band.

On the whole, it’s another assured performance from a band that has traversed the extreme musical landscape enough to know its furthest landmarks and deepest recesses, and with it, they have plotted a route through that is traversable to them alone. I have the utmost respect for bands that commit to every single creative limb to the production of a singular opus, and with every facet of Savigaila – from the artwork to the production – the product of Erdve‘s core membership, it is a meticulously contained experience, shunning the generic gloom that blackened metal artists often fall prey to in favour of delicately crafted woe.

There is little more that I can offer in my analysis of this album without getting into the complexities of stylistic conventions or specific musical techniques – instead I will simply leave you with this: tape up your windows and take down your objet d’art, because Erdve make the music that shatters glass and trembles the earth. If you have an itch for the kind of heavy music that exists almost beyond the boundaries of what seems achievable, Savigaila will scratch it until there is naught left but bone.