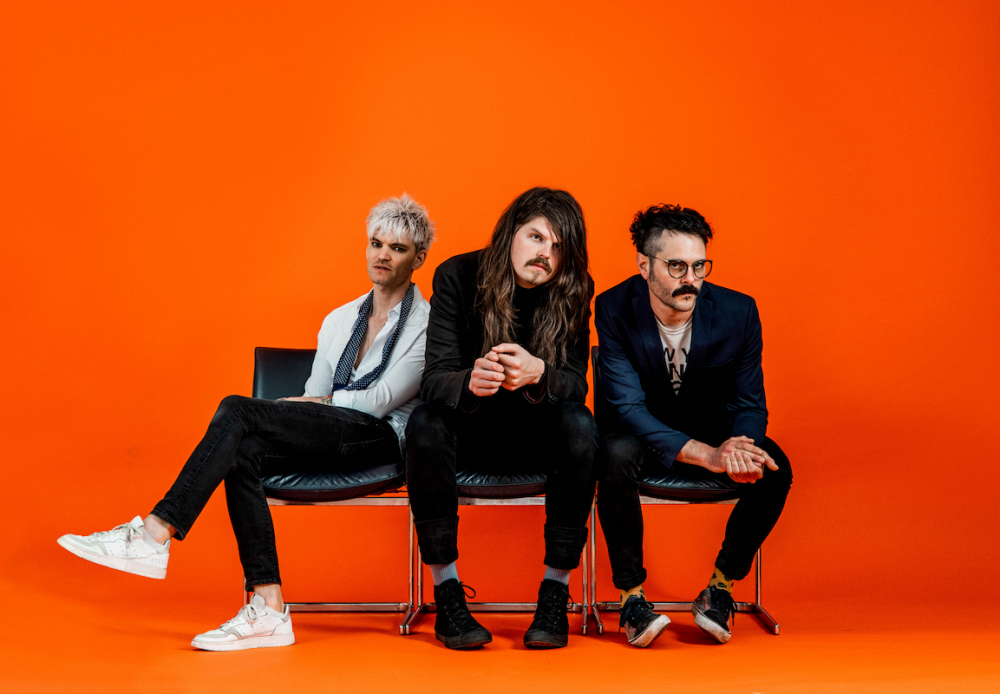 Tigercub – “As Blue as Indigo”

Tigercub should be at the top of the rock world with how great As Blue as Indigo is.

I’ll say it from the jump – As Blue as Indigo is an album I went into with pretty much no expectations. I haven’t been big on alternative rock since my early high school days. Over a decade removed from that, I gloss over most things that 13-year-old me would have been all about. It’s not very often that people at Everything Is Noise hype up alt rock, so when Tigercub‘s name started circulating our group chats, my interest was piqued. Less than a minute into the opener, title track “As Blue As Indigo”, I could see why. This isn’t your 2000’s alternative rock that has lost its luster – this is a comeback for the genre more than a decade in the making. As Blue as Indigo should be the next evolution of modern rock.

This album does just about everything right, and it is a great front to back listen. The vocals are powerful and have a great range, the instruments are catchy and memorable, and the songwriting is incredible. There are energetic and bombastic jams as well as acoustic joints that are all executed greatly. Heavy use of backing synths and light electronic elements add a lot of interesting layers to the mix and make every song more engaging and interesting. At the surface level, the drums and guitars parts are all fun and interesting but never stray off too wildly. Every part of As Blue as Indigo feels easily accessible for fans of guitar-based music without being boring in any way.

Tigercub feels very unique but amazing to rock music in the same way that post-ska Rx Bandits does, or early-mid Muse, with a really refreshing and interesting sense of sound and songwriting. As Blue as Indigo feels way more commercially acceptable than anything the Bandits have ever done, however, and I mean that in the most positive way possible. There’s a constant touch of modern alternative to parts of this record that I could see being all over the radio. “Shame” reminds me a bit of alt-J, and there are other parts of the record with a similar appeal. “Built to Fail” is probably my favorite track on the album. It has that strong and likeable synth lead from the start, as well as an incredible jump to the full band a couple minutes in that I love every time I hear still. That constantly catchy and energetic rock and roll backbone of this record is the biggest selling point, however. “Stop Beating on My Heart (Like a Bass Drum)” could easily hold its own on modern rock charts if it caught enough attention, and it definitely should in my opinion. “Blue Mist in My Head” also feels like something adjacent to the heavy hitters of the 2000’s rock scene like Shinedown, with a freakishly catchy guitar part and a chorus that will be in your head for weeks.

I love how many different elements are present on As Blue as Indigo. The jump from commercial rock anthem in “Stop Beating on My Heart” to acoustic ballad in “Funeral” and then to synth and key-driven in “Built to Fail” is wild. Three totally different yet effective songs that don’t feel out of place from one another is a hard feat to accomplish, and Tigercub knock that one out of the park. I already talked about two of those three tracks, but “Funeral” deserves a good nod as well. It’s somber and melancholic, with a haunting vocal delivery. There’s something about the melody he sings in the chorus – particularly the last couple lines – that is absolutely haunting. There’s a really nice inclusion of orchestral strings with a long outro, and the whistled final chorus is a surprisingly beautiful and brilliant touch.

“Beauty” is the most-streamed track on the album as of this writing, and even though it’s not my favorite I can totally see it. I compared Tigercub to Muse already, but it really is shown with this track. If you’re a fan of Black Holes and Revelations and the albums that preceded it, there really isn’t any excuse for you to not be diving into As Blue as Indigo. “Beauty” in particular has that same vocal style, and the instruments are really reminiscent of Absolution-era Muse. There’s a certain swagger and phrasing style that I feel like not many bands have ever similarly captured, and boy does Tigercub knock it right out of the park. If you slid this track into the center of Absolution, I bet it would fool at least a handful of people.

Saying something as bold as As Blue as Indigo could be the next evolution for mainstream rock is pretty wild, I know. But if you take the time to listen to this album, maybe you’ll get where I’m coming from. Tigercub is taking the best elements of a lot of different styles and merging them into a cohesive and damn good amalgamation that feels like shades of some of the biggest and most entertaining bands in the last 15 years to grace the rock and roll scene. Whether or not any of these tracks reach the mainstream success I picture in my head as a possibility remains to be seen. One thing is certain, however – Tigercub deserves way more recognition right now for making such a fun album. Be sure to check this one out if you like good rock music without many frills or tricks, and prefer your tunes more grounded and accessible. That didn’t sound like my cup of tea at first, but now here I am thinking this could be the next big thing!