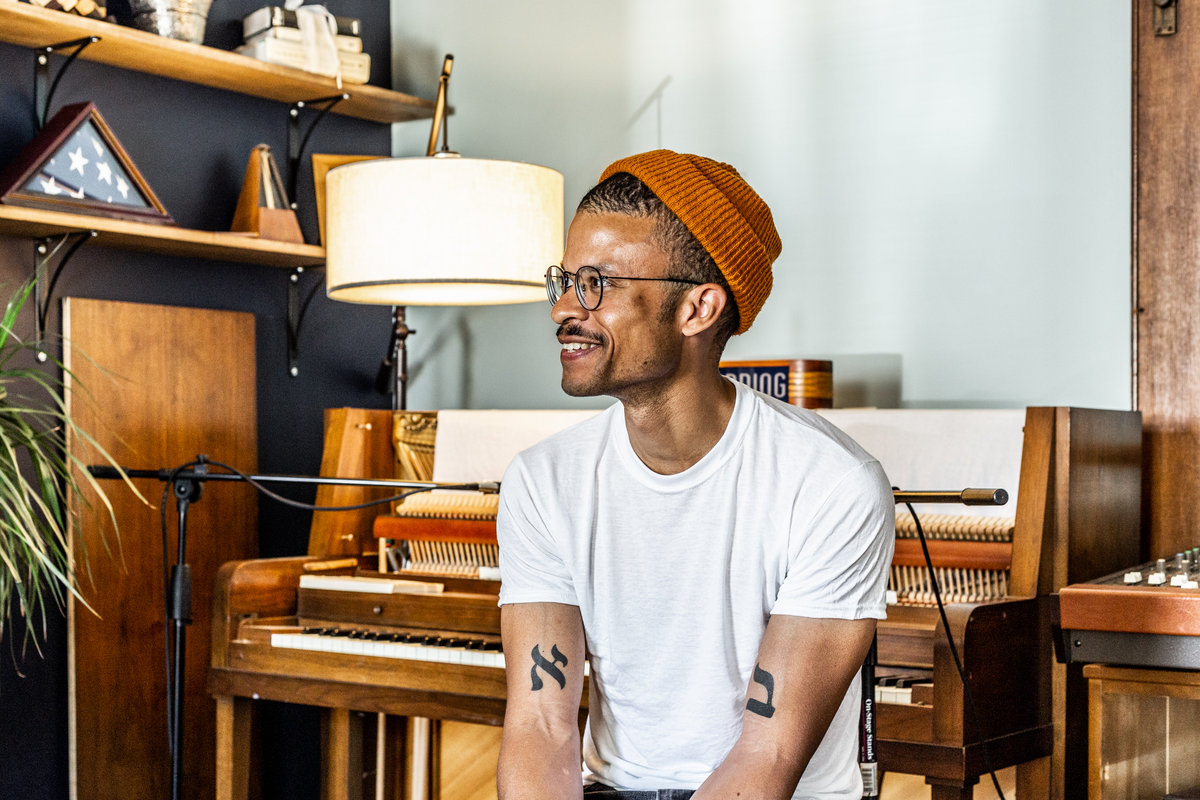 Sit yourself back and immerse yourself in the calming, trouble-free world of Airport People, the ethereal ambient project of Leon Johnson.

Engaging in the world of ambient music can often feel like a journey – you become entrenched in the layered textures of sound to such an extent that you may feel yourself escaping into an unearthly environment of sonic bliss. Moreover, the practice of generating these elongated and translucently structured soundscapes has for some artists allowed them to tell their story to the world through the guise of music. Indianapolis-based multi-instrumentalist Leon Johnson achieves this feat through ambient project Airport People and his debut full-length album from nine mornings, which brings to life the artist’s experiences of growing up in a Civil Rights dynasty, travelling from country to country, where he would spend many hours people watching in the busy terminals of the airport corridors that he was all too familiar with.

The album begins with a “Prelude”, enmeshing a web of orchestral samples and field recordings that flutter across a broad sonic palette in climactic style that is greeted by the gentle, soothing piano melody that begins the first main track of the record, appropriately titled “from morning no.1”. The ethereal and calming soundscapes, from the stream of rainwater to the vibrant ambient textures, are a beautiful foundation for the music, lifting you into a reassuring and comfortable state of listening.

Minimalist harmonic melodies are produced throughout the following 9 morning tracks, which provide comfortability for the listener and allow them to become easily immersed in these wonderfully peaceful layers of sound and atmosphere. Comprised of the melodic piano, which contains a rather intimate lo-fi quality; an organic bass that murmurs to the relaxing stream of gentle rhythmic bliss; and the simple yet touching drum beats that constitute an earthly nature.

Tracks in the middle of this record do their upmost to further offer a natural and authentic eminence through the nature soundscapes; it really conveys the artists laid-back and observant attentiveness to the unprocessed world around him. Incorporating elements of strings and fragile bell chimes becomes a later addition to the record that offer the much-needed escape into the ambient realm of otherworldly sound, whilst the subtle movements and sonic bodily motions that can be heard in the background successfully ground the piece, creating a purgatory-like sensation in which the listener is caught between two sonic landscapes.

There are significant moments of emotiveness and melancholy on this record, particularly in the latter half of the album, that produce intuitive and sensitive melodic hooks, being orbited by brighter and welcoming harmonic patterns as if to generate the feeling of discovering hope in times of uncertainty. Likewise, moments of complexity are sometimes added to entice these tracks, with the addition of some much-appreciated acoustic guitar movements that advance the pieces of music to amplify the soothing nature of the tracks.

One can really engage with Leon Johnson and airport people, in a way you almost are imagining yourself in the artist’s shoes as he calmly sits back and watches the world go by. From nine mornings possesses such genuine authenticity through its naturalistic use of sound that it paints a vibrant and soothing image of the travelling world, completely disregarding the hustle of the busy airport terminal; instead, Johnson connotes the exquisiteness and simplicity in waiting around and acknowledging the beauty in the small things. You are welcome to find some sort of escape through a relaxing, and in some cases transcendental, sonic journey that at times touches on the emotional and heartfelt aspects of human nature.