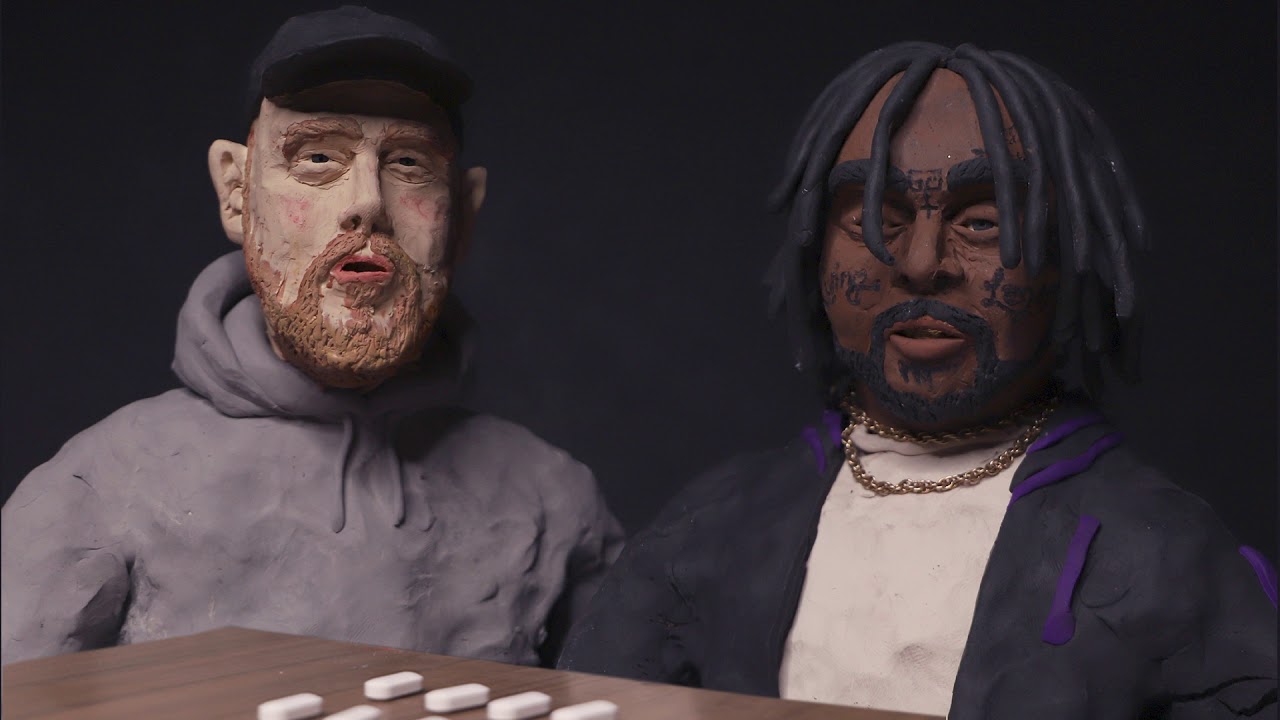 03 Greedo and Kenny Beats join forces for Netflix & Deal, sure to be Roger Ebert’s album of the year. The project is packed with film references, and Greedo and Kenny have an incredible chemistry.

Kenny Beats is the hottest girl in school, and he is thotting it up. After an awkward EDM phase that he’d rather not talk about, he made the cheer squad and became drunk with power, making songs and albums with every artist in arm’s reach. The latest to drop a project with Kenny is LA native 03 Greedo; before being arrested in June of 2018, Greedo set out to record as many songs as possible so as to continue his career while incarcerated. Netflix & Deal is a result of those sessions, a montage of movie references set to Kenny’s signature sound. If you’ve ever sold a dime bag of mid then tweeted “damn my life a movie fr”, I guarantee that you will enjoy this release. If you’ve never done that before, I’m pretty sure you’ll like it too.

A rapper recording a massive amount of music to release it from behind bars will sound familiar to anyone who followed Gucci Mane’s legendary run of 30 projects he dropped while serving time from 2013-2016. Most of those mixtapes are excellent. However, some of them are unfocused, and others are burdened by excessive features. By keeping the runtime relatively short, Greedo makes the most of Netflix & Deal without the same pitfalls. Having been exclusively produced by Kenny Beats, the album is cohesive while still sounding varied. There’s never more than one additional artist on a song, and each feature is thoughtfully selected; Greedo’s delivery is varied throughout the project, and his guests manage to complement him each time they appear. Greedo is the gin, Kenny is the tonic, and Vince Staples is the straightedge lime that would rather be in a pie than a mixed drink.

Greedo sings his way through much of the project; his voice is tastefully autotuned to accentuate his droning delivery. The transition from “Disco Shit” to “Maria” demonstrates some of the malleability that both Greedo and Kenny possess. “Disco Shit” is pensive, but upbeat; a muted synth line invokes a vision of Miami as seen in films like Scarface. Greedo and Freddie Gibbs rap-sing their way through the track, the autotune brightening their vocals to fill the otherwise empty high end of the track. This leads into the darkness of “Maria”, a song that sounds like it was made in a basement. The instrumental is dusty, driven by a reversed sample that was definitely run through the Retro Color plugin (I see you, Kenneth). Greedo’s vocal is drier, and absent the melodic delivery that drove the previous song. The 808 on “Disco Shit” is bright and bouncy; “Maria” features a grittier, sparser bassline. The project goes on and we get the upbeat mania of “Beg Your Pardon”, the sunset sounds of “Life”, and the old-school vibes of “Soul Food”.

There’s a lot of variation throughout this project, which makes for a satisfying front-to-back listening experience. Each song makes for a refreshing change of pace, while individual track lengths (most under 3 minutes) keep you from getting bored before each one comes to an end. Kenny Beats’ style is distinct, but flexible; you might compare him to Mike Will Made-It in that regard. Both beatmakers are easily recognizable, but rarely predictable. I appreciate Kenny’s tendency to produce whole projects; sticking with a single producer helps give an album a sense of completeness (Edgewood, anyone?). Kenny’s range keeps Netflix & Deal from becoming repetitive, and Greedo is always ready to step up to the plate. He has a distinct voice and an excellent sense of pacing, which makes for songs that are catchy and enjoyable despite lyrics that are occasionally bland. Also, the second song is about Paid In Full. Paid In Full is my favorite movie.