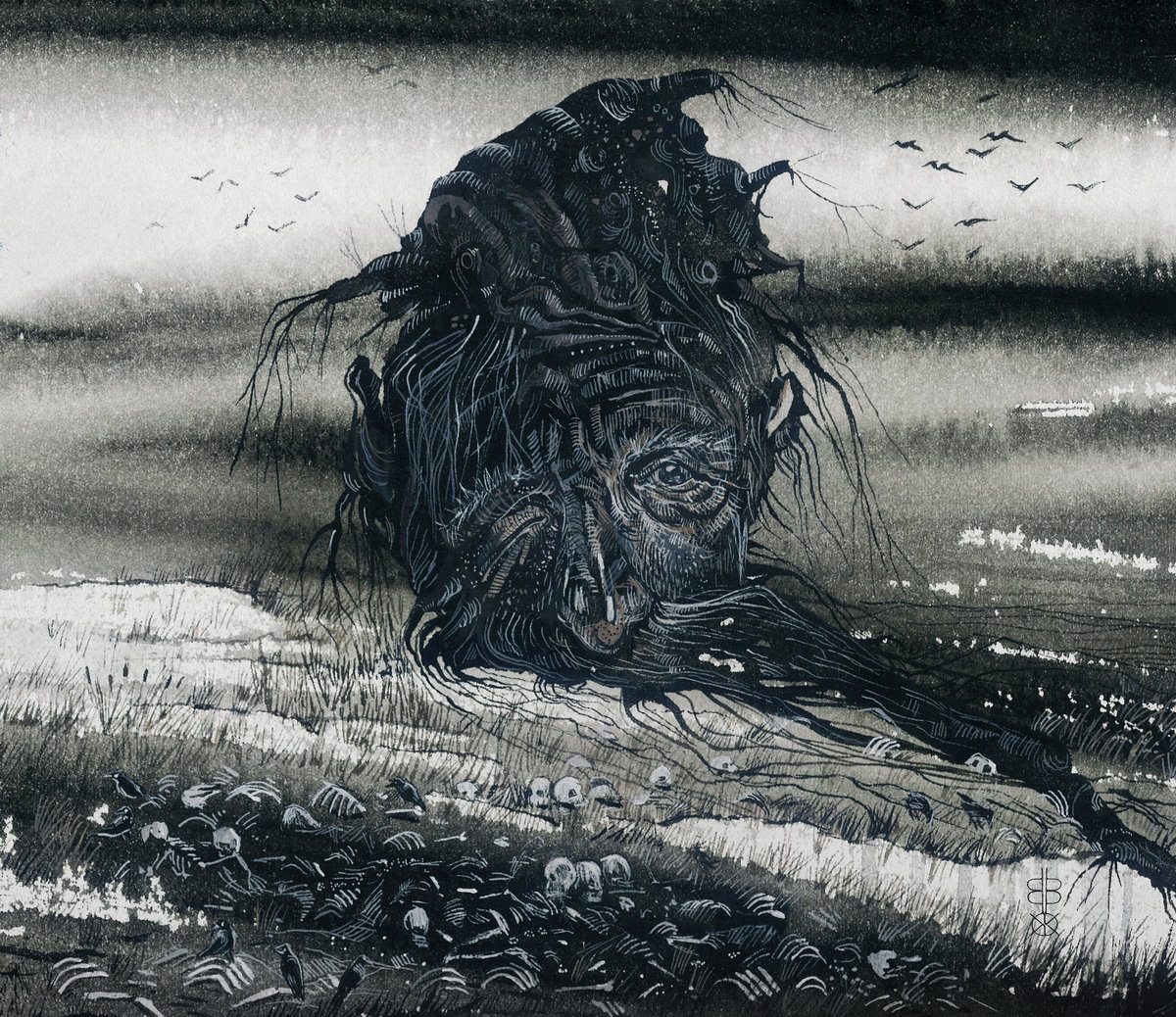 Russian one-man-band Рожь has graced us with a wonderfully stripped-back black metal treat in the form of his new EP, Остов.

On my side of the globe, we’re coming out of a stunning yet temperamental autumn into a crystalline winter – the first frost has yet to encrust grass and sidewalks, but it feels appropriate that it should be heralded in by Рожь’s gorgeous new EP, Остов. The word means ‘skeleton’, but I feel it doesn’t really fit – this EP is only skeletal in its minimalist atmospheres; everything else about it is full and huge.

Остов is a very attractive post black metal EP – it just sounds lovely, from the rounded bass tone and melancholic guitars to the crisp drums. I think one of my favourite things about Остов, and especially the opening track “Пасха”, is how the vocals are mixed. On my first listen, I didn’t even notice they were there – they’re such a texture, just a restrained tint added to the song almost as an afterthought, and yet they add just that little bit of depth. The whole track is quite spectacular, in a very delicate, humble way; it feels grounded, unaware of its own grandeur. Simplicity reigns throughout, there are no frills, only clean layers of guitar, bass, drums, that ghostly vocal, and something that sounds like a viola. And yet, it’s a deeply emotional post-black metal behemoth.

The doomy “Рукава и сажа” that follows is even more restrained, a simple intro expanding into thick, dark, mourning delight, before withdrawing back into itself, meditative, introspective. The confidence of its middle section, bookended by the fragile mirrored intro and decay of the end, touches something in my imagination, like a déjà-vu, a memory of a recurring dream.

Остов concludes with the title track, taking the frailty of “Рукава и сажа” and allowing us to wallow in it for a few minutes, without urgency. The vocals are more pronounced here, yet still just as textural as they were previously. It’s so soothing, and yet still very profound, gentle chord changes implying emotion rather than spelling it out. It’s just as fuss-free as its predecessors, and ends without much ado.

The first few times I heard this EP, I felt it was incomplete, too short, like it didn’t go anywhere. I still think Рожь could easily have added another song or two, but at the same time I feel the EP’s brevity is very much in line with its no-nonsense nature. Plus, after I found myself complaining to a friend about how short the EP was, I realised if that was my only complaint, it probably meant it was damn good. Looking back on Рожь’s previous releases, this seems to be his style – perhaps a more solid sense of completion can be gained by listening to all releases back to back. In any case, Остов offers a beautiful atmosphere to just sit in, a secluded pocket to escape reality for a moment or two.