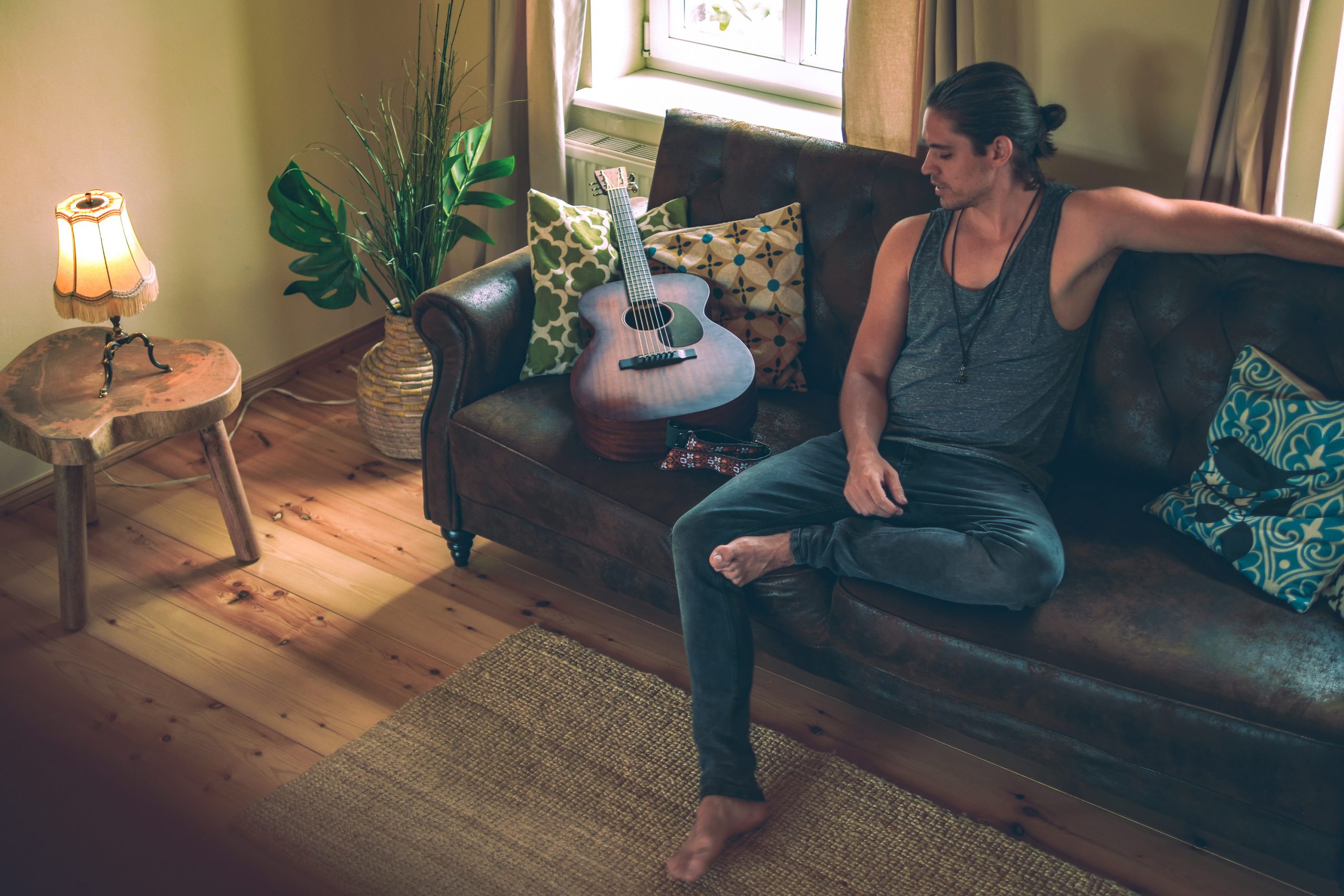 Unknown Neighbour Takes Us “Home” With His Soothing New Single

Despite having played piano since childhood, it took German-born Sascha Zemke a while to find his place in music. He is now better known under the name of his indie-folk solo project, Unknown Neighbour, and released his debut EP under that name, It’s Up To Me, in 2018. It is with great pleasure that we get to share his dreamy new video single, “Home”, with you today.

The video for “Home” is beautifully shot, opening with two storylines, one following Zemke, the other following a magnificently bearded man alone in his house. A sense of bittersweet longing and loneliness surrounds these scenes – Zemke sitting on a bed, bathed in watery light; steam off a single coffee cup; a reflection in a puddle. The atmosphere perfectly matches the clear, delicate sound of a single acoustic guitar, and Zemke’s warm, raspy voice.

Interspersed between these shots are wholesome scenes of both Zemke and his bearded companion around the dinner table with family and friends, the lighting soft and warm, wistful ambient guitars in the background, like a memory. I think most of us can relate to this in some way – being alone and thinking back on the good old times when everything was sunny and easy. The subtle layering of piano and banjo as the song builds creates a soothing embrace, the addition of a felty kick drum becomes a calm heartbeat. We see Zemke standing on a wharf, the lake below sparkling like the tambourine in the background, the video and music seem symbiotic. The song builds, a shaker helps create momentum, a forlorn harmonica solo adds to the feeling of nostalgia, rich vocal harmonies form a backdrop for new scenes of Zemke on the wharf with his friends, drinking beers and watching the sun go down.

Zemke says he regards “Home” as his most intimate song, and it certainly feels extremely personal. He states that “Home” is ‘a pile of hope for those who always had a room but no home’. Perhaps for some of us, this new song can, at least temporarily, become a comfortable home.