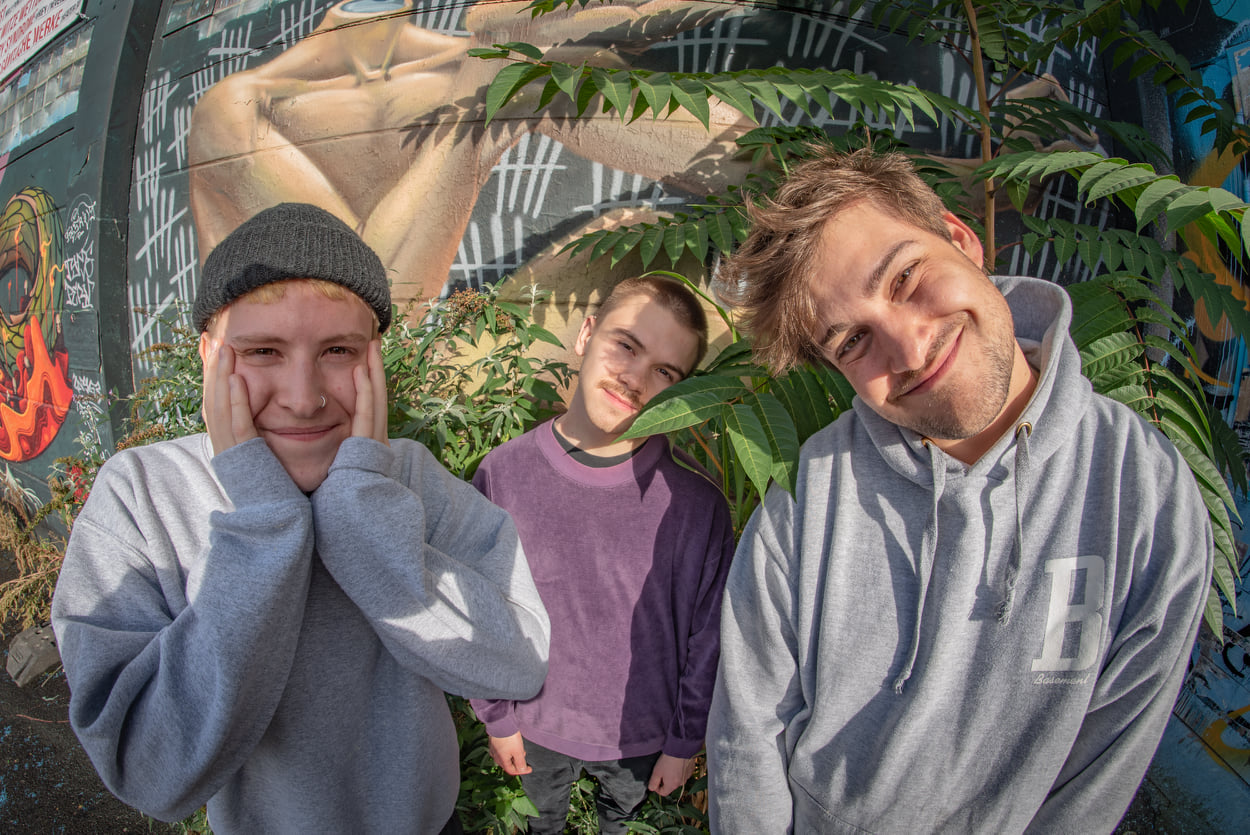 Crazy, chaotic post-hardcore and an experimental approach define the sound of La Petite Mort / Little Death’s album Disco. Are you ready to party?

Disco begins with a very raw and organic sound, vocalizing shouts, and an almost hectic pace. The question is, are you ready to party? Because this trio will take you into their Disco of aggressive post-hardcore, screamo, and punk. As soon as “Foreveroderkaputt” comes in with a flamenco vibe in the guitars, it reminds one of early Dance Gavin Dance material with its crazy guitar stylings and the very accentuated drumming. Overall, this manages to be one of the most fun songs on this record while also carrying a melancholic emo undertone within its harmonics. The aforementioned, slightly Spanish flamenco sound is omnipresent throughout the song, creating a very nice atmosphere.

Similar to this song, “Mio Mio” starts with a surf-rock-oriented guitar riff and sound. The vocals are quirky, but are suddenly interrupted by heavy shouts and a more aggressive instrumental work. At these times, the Dance Gavin Dance influence is undeniable, but La Petite Mort / Little Death have so much more to offer. In fact, they meander through indie rock, post-hardcore and mathcore within only one song, pushing “Mio Mio” to being a very danceable math rock tune. It’s fun to follow the direction this song takes – you never know what’s around the next corner! The guitar riff at 1:50 minutes is pure joy to listen to, and it builds up to a great finale for “Mio Mio”.

“Brenzlig” on the other hand comes with a very post-hardcore-heavy vibe and sounds even more raw. It’s almost like a short jam, as only features 44 seconds of runtime total. Still enough time to create its impact on the listener! La Petite Mort / Little Death work with atmospheres a lot in their overall sound, which leads to a very organic feeling throughout Disco. The overall production value is very raw and natural; only a few effects appear in the context of the band’s songs. Even though they only have one guitarist, they know how to arrange their songs in a way that you’d never notice it. A good example for this would be “Der kleine Lord”.

Said song starts off groovy and with a lot of guitar melodies, while the bass sits very audible within the mix. Everything has a very groovy feeling to it, which reminds me of the music that Night Verses play. Instead of adding too many effects and synths, though, La Petite Mort / Little Death stay within their sound of distorted guitar, bass, and drums. This results in a very energetic, danceable, and slightly crazy sound. “Der kleine Lord” also features some proper screams that sound incredibly aggressive and distorted. The song also has a nice and unexpected harmonic twist that brings the tempo down a bit. Not for long, though, as the song soon its pace again and proves to be one of the most engaging musical narratives on Disco.

Just looking at the band’s name, it already seems like they could not decide on just one language. Some of their song titles are in German, French, or even Chinese, while most of the lyrics are English. Still, there are some German phrases thrown in, which appear to be recordings from the rehearsal space or studio. All these little details round up the sound of Disco, making it sound huge. Especially the atmospheric “Dungeons” is a very intense transition to “A Piano In The Basement”. The record’s last song is one of its most emotional pieces, and comes with a deeply melancholic vibe that’s combined with the familiar crazy side of La Petite Mort / Little Death‘s music. What a way to write songs, what a way to end an album!

Disco is a great and diverse record for everyone who loves their music wild and energetic. La Petite Mort / Little Death really know how to create a catchy, aggressive, powerful, and sometimes quirky sound. Some songs stand out more than others, but the net product of Disco is 41 minutes full of good music and having fun while listening to it. Fans of bands like early A Lot Like Birds, Dance Gavin Dance, and Night Verses will definitely enjoy the madness going on here.