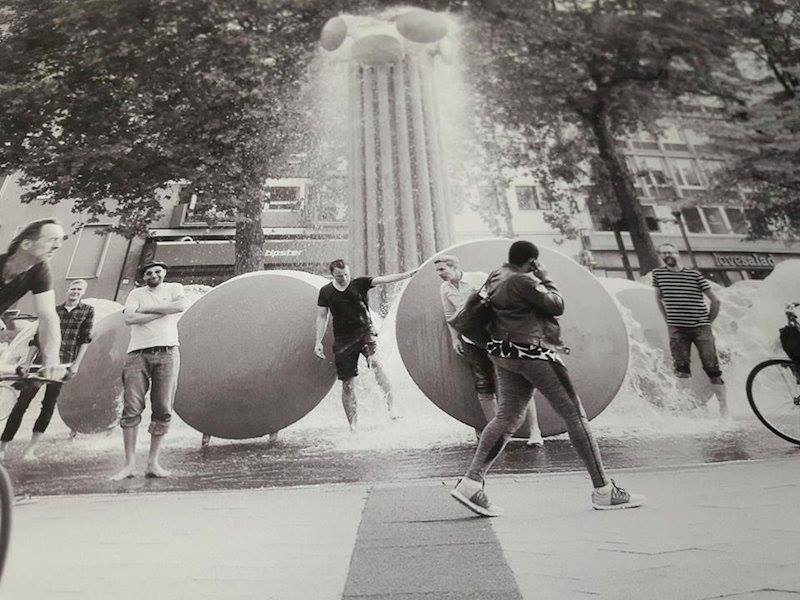 Tics Show How “Blessed” They Are with New Track

Sometimes you need something with bounce and energy to it. Maybe you’re down and out, or already particularly elated and need something to keep the high going. Regardless of your current disposition, Germany’s Tics are here to inject some fine, funky life into your day! We’re happy to premiere the latest single from them called “Blessed”. It comes from their next album Agnostic Funk which drops on March 1, 2019 via Tomatenplatten.

Indeed, I’m listening to this late at night and can feel a surge of energy through my entire being. “Blessed” has a punky kick to it, but its surf rock guitars, highly-pitched vocals, and general song structure evoke thoughts of Devo or a similarly oddball rock band from decades past. It’s quite a trip that’s versatile and catchy. Don’t take my word for it, though; give it a listen!

To quote the band, in “Blessed”, they ‘ask themselves about the mechanisms of warlike conflicts in 2018. It’s not as simple as it was in 1984, when two supposed opponents with rubber masks in a wrestling ring are staged. The fact that this worries so few is the really disturbing thing about it.‘ You won’t find any argument here. The disposition of this track, although lighthearted in overall execution, helps inform the general ethos of the band:

‘In an eerie manner the foursome confronts its listeners with a baffling variety of topics – everything is insanely fast, pretty loud, slightly annoyed and at times enriched with funky and psychedelic elements, which have a stronger impact in times of ADHD and social media overkill… Restless times need eruptive music.‘

That’s definitely one way to put it! Needless to say, this track is a delight. Endlessly loopable, danceable, and intriguing. 2019 is looking mighty fine so far.

Agnostic Funk comes out on March 1, 2019 through Tomatenplatten. No preorder information quite yet, but you can follow the label’s Bandcamp. If your curiosity is just as piqued as mine, take a look at Tics‘ Facebook and Instagram page. You can also find them on their official site, and their own Bandcamp where they have some older material!