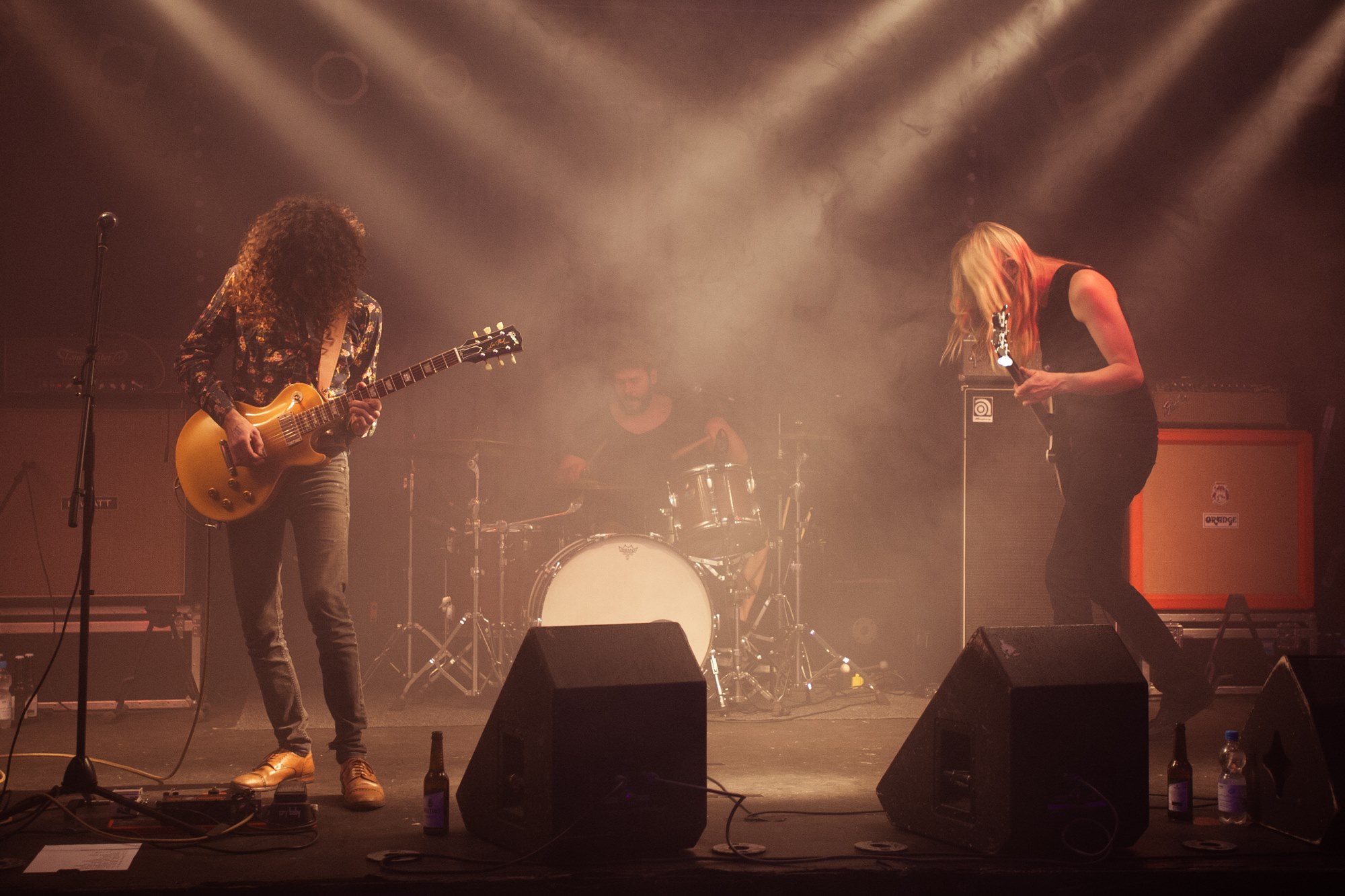 The Great Beyond “Slip Away” to the 70s with New Song

By David RodriguezNovember 21, 2018 No Comments

Ah yes, the 70s… Okay, I wasn’t even born yet. My own anemoia aside, this is a very nostalgic track we have for you today, no matter how you slice it. There’s hardly a more pure joy than classic rock, and Germany’s The Great Beyond are poised to bring it to us in bulk. We are proud to show off the Münster band’s new track, “Slip Away”!

Calling back to the old school of rock and roll, every element of “Slip Away” is an anachronism. The hearty guitars forge a lovely groove that’s reminiscent of Blue Oyster Cult, or the classically-toned sound modern bands like Queens of the Stone Age or older Muse assemble. The same approach can be heard in the vocals, which have a distinct echo to them, gaining great harmony during the chorus courtesy of the remainder of the trio. It’s a real barn burner of a track, practically requiring a hit of the repeat button to loop to your heart’s content.

I should mention that “Slip Away” comes from the band’s debut album, coming out January 25, 2019 on This Charming Man Records. It’s self-titled, which is fitting for a new band looking to make a name for themselves. What better way to make your fiery first impression than with a record named after your band? Regarding the track itself, the band had this to offer:

‘The song idea for “Slip Away” was almost forgotten for a long time and had no lyrics yet. Fortunately, Daniel [Himmelberg, bass] continued to hold on to it. This back and forth also provided the inspiration for the lyrical content: the deep-seated ambivalence in decisions between freedom and security that plagues so many restless spirits. If you don’t pull hard enough, it slips away. If you tighten too much, you slip.‘

As a fan of this classic sound, I’m definitely excited for what else the band has in store. Not long now until 2019 hits, and, soon after, The Great Beyond‘s album!

Big thanks to everyone involved for allowing us to premiere this song! You can get more blasts from the past by following the band on Facebook and checking out their official site. You can also check out their EP A Better Place, their first effort ever, on Spotify!