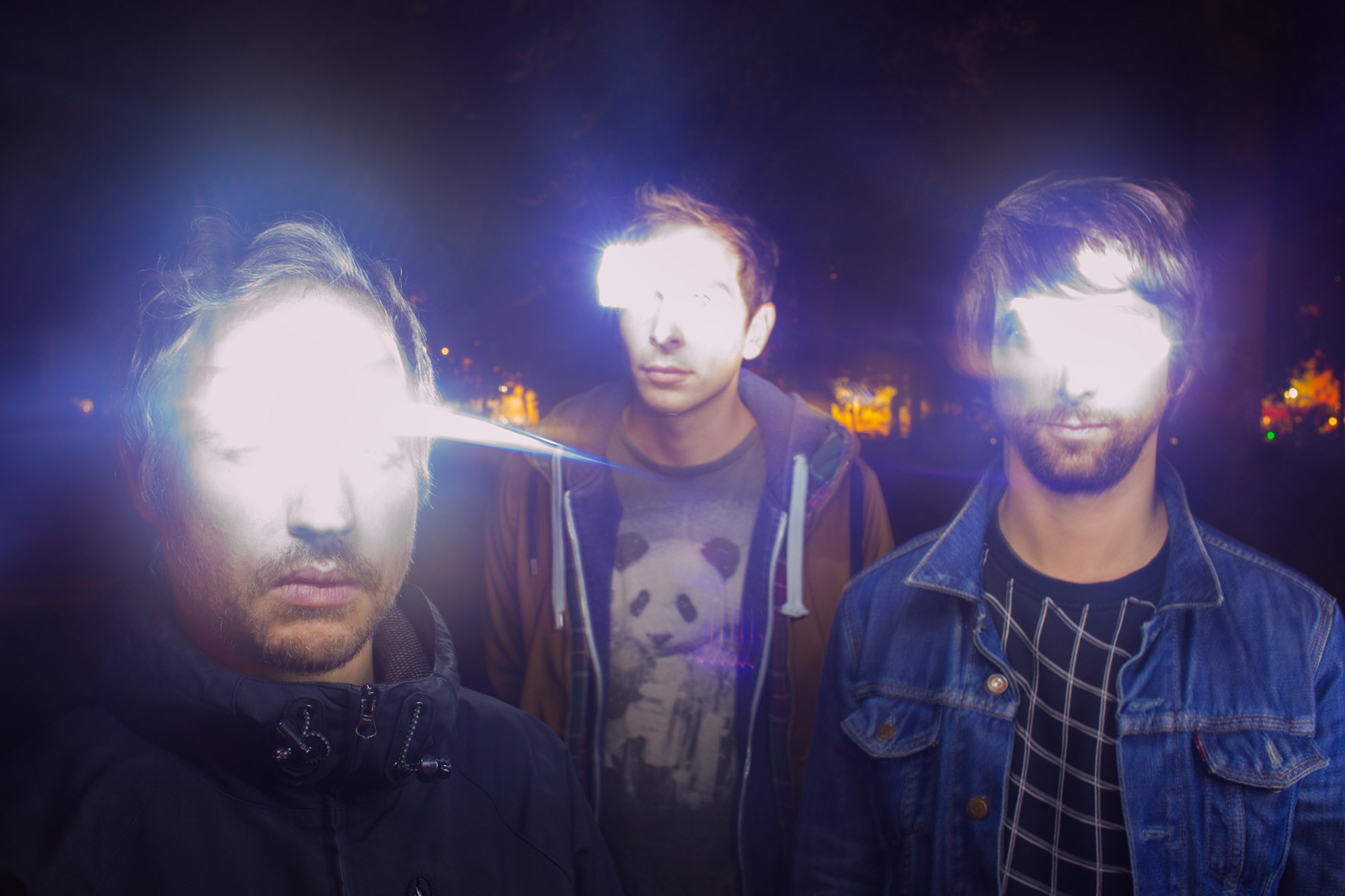 High-energy music has always been a surefire strategy to get my blood pumping. I’m not much of a thrill-seeker, so listening to some exciting songs in my car or at home can supply some low-stakes adrenaline to my daily life. I would definitely be one of the last people you’d find doing any sort of extreme sport, but I’d have no problem being a cheerleader on the sidelines. Regardless, I can absolutely identify that intense music often goes hand-in-hand with sports. Th/s /s Sh/t confidently displays this in the premiere of their music video for their new single called “Hemp”. Take a deep breath, put your snow gear on, and check it out:

Th/s /s Sh/t are a three-piece band hailing from Paris, France. Founded in 2016, the band consists of Loïc L on guitar and synths, Xavier L on bass and synths, and Gilles D on drums. Their music flawlessly combines elements of hard rock and electronic music, resulting in a pummeling wall of sound that you can easily dance to. Their songs remind me of other artists such as The Prodigy and Pendulum, primarily due to the electronic element. Th/s /s Sh/t may be a new band on the block, but the band has already released a few EPs. Their upcoming album titled /// will be their first full-length.

The new music video revolves around Jérôme Berlioz, a French snowboarder riding down a snowy mountain in the French Alps. The electrifying imagery and dazzling views, filmed by Justin Labattu, are perfect visuals for “Hemp”. The song is an exciting, synth-driven track, and it lends itself to fit perfectly as part of an action movie or video game soundtrack. “Hemp” is a lively experience that I’m sure will transfer well into a live show.

Th/s /s Sh/t‘s debut full-length album /// will be released by Upton Park on April 24, 2020. Make sure to check their website and Facebook for any new updates! In the meantime, check out their other EPs and enjoy the new music video for “Hemp”!

SOBI Tells Us to “Pull It Together” in New Music Video

Lowfaith Dance Through a Claustrophobic Apocalypse on New EP