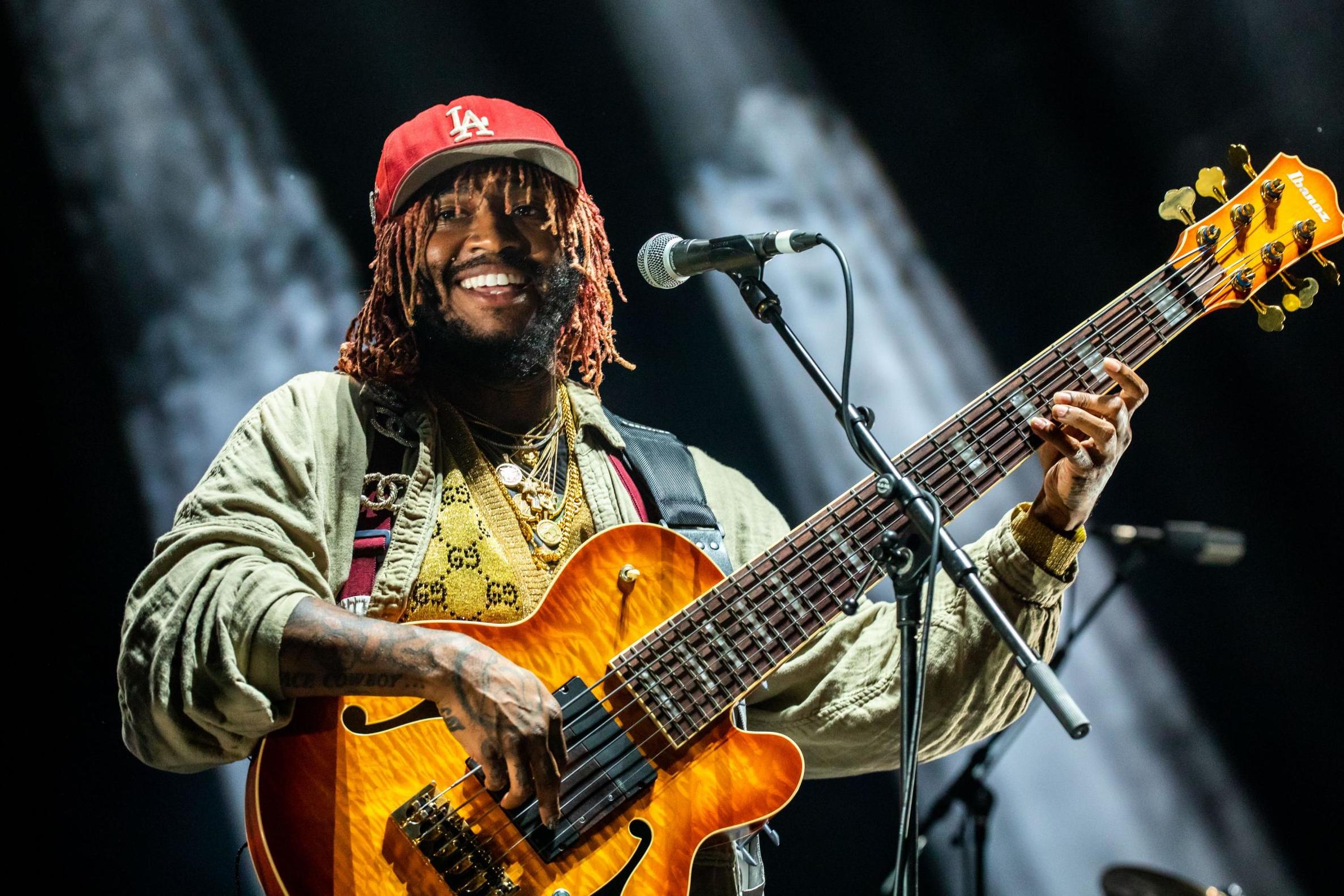 Thundercat – “It Is What It Is”

By David RodriguezMarch 27, 2020 No Comments

2020 has shoveled a heap of bullshit on us, but Thundercat is back to deliver the smooth-as-butter warcry with which to retaliate: It Is What It Is.

If you find yourself self-quarantined from a potential coronavirus exposure at work like I currently am, you tend to think about some shit. How did this happen? Why? Do I really got it? If I do, will I pass it to my medically vulnerable mother? Doesn’t necessarily matter, because it’s too late anyway. It is what it is.

It is what it is: not just the name of the latest Thundercat album, but a certain psychology to understand in order to delve into the music on said album. My generation is notorious for being flippant, basking in the irreverence of it all, laughing in the face of doom because if we don’t laugh, we’ll cry – sometimes, we’ll do both. It’s the same reason why we find comfort in making memes and jokes about pandemics, depression, or even suicide. It’s how we cope with what we can’t change. It is what it is.

This is where Thundercat, stage name of LA multi-instrumentalist and singer Stephen Bruner, both shows his age and his hand. He’s only a few years older than me, firmly within my generation, but hasn’t lost a single bit of his youthful resilience, wanderlust, or sense of humor, and it all comes out in his music. Being a fan of his for years, I’ve noticed how he operates and processes complex things like love and loss, all to the tune of his meaty, versatile bass playing for which he’s most known.

It Is What It Is marks a more mature step in his musicianship and writing, but not so much that he loses those key elements and idiosyncrasies that make him so relatable and reliable. It’s perhaps important to listen to his last album, Drunk, before venturing into this one so you can see the growth, but not entirely dependent on you enjoying it. No, the bass’ll do that to you. The lush, jazzy instrumentation in “Innerstellar Love” stands well on its own. “How Sway” carries itself with the quickness and a real percussive approach to its arrangement in a way that’s mesmerizing without any additional context. The pensive mood of “King of the Hill” is plenty invasive even if you know no history.

I think what Thundercat does best is inject a lot of his personality into his music. Everything he sings about feels lived (maybe except cartoonishly absurdist outliers like “Tokyo” from Drunk…I hope) or at least imagined with his own quirkiness guiding each story, but it’s not all fun and games. Take the anxiety-tinged “Black Qualls”, which features Steve Lacy (The Internet), Childish Gambino (who is inexplicably absent from the single version of this track), and the funk legend Steve Arrington (Slave). Although the jaunty track has an insurmountable quantity of swagger, the lyrics are of a more serious ilk with lines like:

‘Just moved out the hood, doesn’t mean I’m doin’ good
(Wanna post this on the ‘Gram, but don’t think I should)
Is it just for me or am I paranoid?
Gotta keep it on the low ’cause I been robbed before‘

These words have a newfound meaning and weight since the tragic killing of rapper Pop Smoke, and play to a specific anxiety and experience within the black community, something I’m sure someone way more qualified and smarter than me has written about. The densely fun instrumentation, complete with wavy guitar and synth effects, is almost anachronistic in how it’s paired with this quite modern issue, but this is pretty on brand for Thundercat.

Elsewhere, he muses on love in a variety of ways. Crooning a plea to a potential lover to go on a romantic jet setting trip with “Overseas”, which is comically undercut (or maybe enhanced?) by a Zack Fox feature at the end in which he plays a pitched-up plane captain – I won’t ruin the punchline. Then there’s “Dragonball Durag”, which is about wearing a Dragonball durag and looking fresh as fuck trying to make things happen with your lady with your newfound confidence and power: ‘Did you wear that dress just for me?/’Cause I’m tryna smash/Baby girl, I’ma smash in my durag/’Cause it’s only right‘. Look, sometimes you gotta wear all your chains and a durag when you’re blowing your partner’s back out. Don’t kink shame.

As the album closes with a faint, forlorn, and self-honest embrace of the very psychology the idiom’s built on with the title track (‘I tried to make it work/My best just wasn’t enough‘), we’re treated to an epilogue of sorts – a bonus instrumental after the fade-out, dedicated to the late Mac Miller, who was close friends with Thundercat. It’s in this moment that the heart of this album shows itself in full. The title of this album isn’t always about being flip toward a callous and unpredictable world, sometimes it’s an unreserved acceptance of that we can’t change or even explain. There’s a lot to be mad and sad at, now more than ever, and while we’re entitled to feel how we feel, we ultimately pick our battles. We either direct emotional energy toward what affects us most, or perhaps what we have even a modicum of power to steer in a better direction. As for the rest? It is what it is.

I don’t think I have to say anything else about this album. Thundercat had already proven to be a musician for the ages, a near-perfect and soulful distillation of the Adult Swim generation’s penchant for absurdity even from our prison of perpetual wading through disaster after disaster, barely afloat and breathing. Finding that kind of understanding, smartly executed with some of the catchiest and most entertaining music in the last few years, only further solidifies his awesome contributions to the craft. I will likely never meet the man behind the bass, but there’s something to be said for artists that make you feel known like he does.