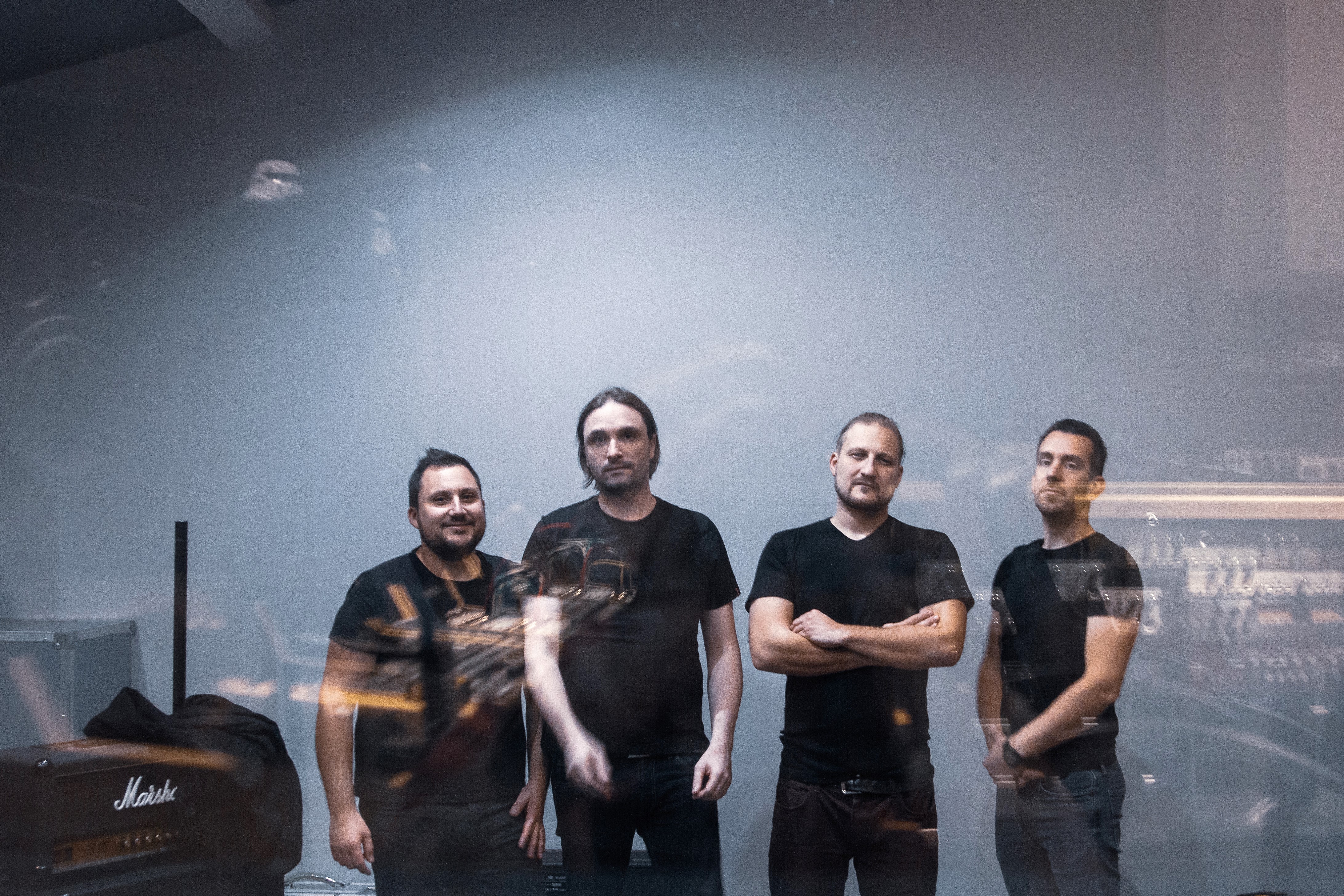 Rescue Rangers, a band from Marseilles that dabbles in all things rock and punk, are back with a single called “Delicious & Refreshing” off of their upcoming record Divisive, which will be released April 5. This follow-up to their 2017 album Join Hate is, as the title suggests, a refreshing wind of creativity. Divisive will be released through Klonosphere and was produced by Page Hamilton. Guitarist and vocalist for the group, Pascal Mascheroni, said about the origins of the track:

“This is the opening song from Divisive, which presents the evolution of the band, both in terms of song writing and sound. It’s raw, has aggression but retains some melodic elements and I really enjoy playing it. The main riff in conjunction with the drums really gives a satisfying wall of sound feel. It was actually built around feedback. We were experimenting (i.e. goofing around in search of inspiration), I came up with that riff and our drummer Julien followed right away with his intro drum fill – and that’s the song! To me it has a noise rock feel, and I can hear dissonant chords for the chorus, à la Chokebore. Thirty minutes later we had laid down the basic idea for the track. While in the studio, Page decided to do away with feedback, to strengthen the start/stop pattern of the riff. In turn, this helped play with silence, giving the song an oppressive atmosphere, reminiscent of Ennio Morricone’s 70s horror films scores (in my mind, that is!) I had the title for months, if not years. This is taken from a really old Coca-Cola ad.”

“Delicious & Refreshing” starts out with thrashing chords, which move in staccato rhythms towards the chorus of the track. A fat drum roll introduces the belting vocals and a punky attitude that says ‘take no prisoners’. Speaking of the drum, it establishes itself as a driving force behind the main riff, possessing a fat, bassy kick and hissing snare chops, it becomes the glue that holds the track together. From the all-around massive sounding drum to the vocals again, we can hear hard rock hymns being churned out left and right. We slowly near the chorus of the track and when it finally arrives, it hits us with a wall of sound made up of crystalline shards of the thrashy riffs we just indulged in. This is audio violence both presented as serene and raw at the same time.

For anyone who wants to witness this immense energy live, we have good news for you. Rescue Rangers will be going on a European tour in March and throughout April. 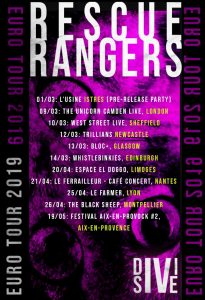 You can pre-order Divisive here. If you want to follow the band you can do so on Facebook and on Bandcamp.