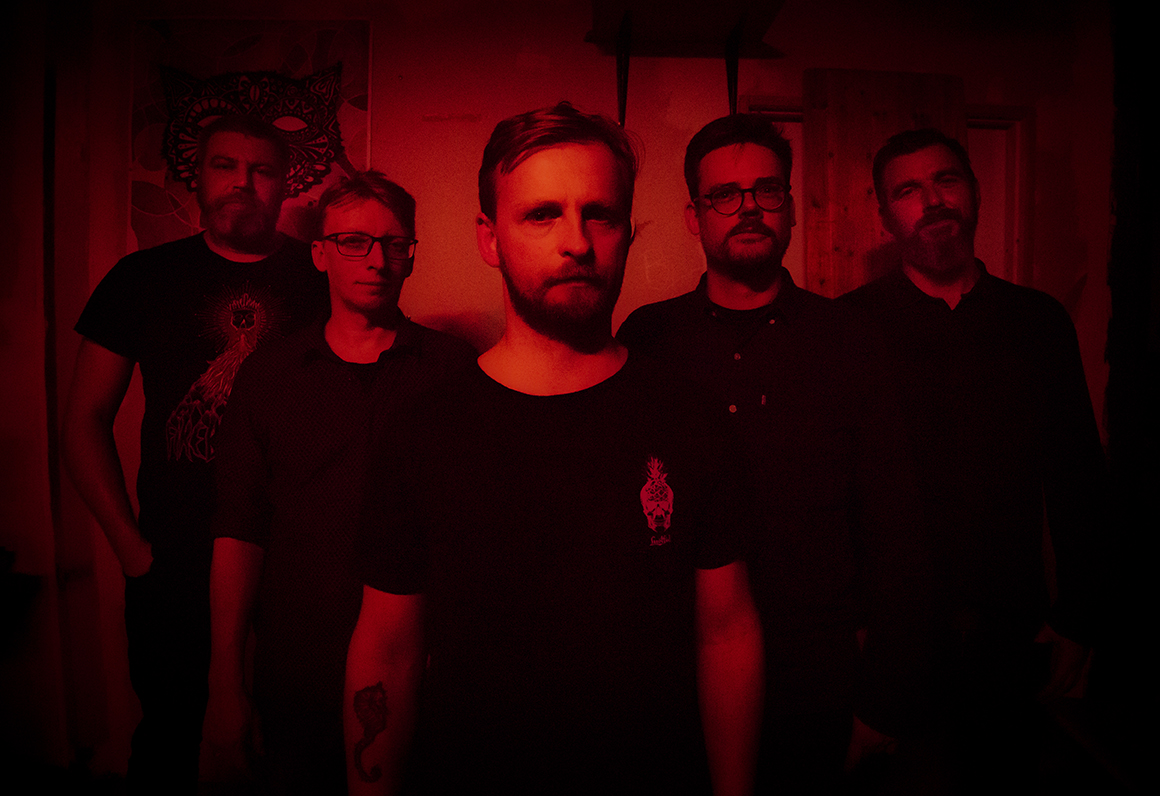 By David RodriguezSeptember 18, 2019 No Comments

We are specks. Think about the greater universe and what it implies about the hierarchy of being. An ant is a speck to us, but we are likely a speck to a cosmic being we have yet to meet. Hell, there’s many animals that dwarf us on our own planet. These are the kind of existential musings that Late Night Venture rely on to convey their music told throughout a cosmic trilogy of albums.

Hailing from Denmark, the quintet certainly do think big on their music, as will soon be made evident with the track we’re premiering today. Massive and eerily transcendent, Late Night Venture may have the name of a pop punk band, but palm the hefty sword of post-metal in their hands. Today, they’re showing off “Bloodline”, an atmospheric marvel that prefaces the themes for their new album Subcosmos which drops November 1 via Czar of Crickets Productions and Virkelighedsfjern. Listen here:

It’s quite plain to see that Late Night Venture is going for a dark, almost disturbing vibe here. That’s an artistic choice, one embedded in the nature of Subcosmos which differentiates itself from the other two albums in this trilogy, 2012’s Pioneers of Spaceflight and 2015’s Tychonians:

‘Pioneers… took its point of departure in pure fascination of space travel and retro sci-fi – a cosmic perspective through the eyes of man. Tychonians is an homage to the big Danish astronomer Tycho Brahe, taking us from space travels and down to earth to the scientific human occupied with understanding the physical world and our origins. With Subcosmos, we are landing firmly on Earth among the human species. The record is a dark and enticing journey into a dystopian suburban past. Inspired by the band members´ early life in the failed utopia of late-seventies concrete suburbia, Subcosmos dives into the tumultuous state of mind of teenage misanthrophy and the occasional escape into substances and music.‘

With the chilling vocal refrain ‘got the whole world in its hands… oh no, what have you done?‘ which seems to channel Sling Blade‘s Karl Childers in inflection, the plodding structure, and cosmic coda with whirling synths and spacey effects, “Bloodline” is purposeful and direct if a little menacing. This track frames Subcosmos as an entire trip of an album, likely more nightmarish than it might initially let on. I’m ready! To close out, here’s a look at the cover art and tracklist:

You can embark on your own late night venture with the band by following them on Facebook. Preorder Subcosmos on LP or CD through Plastic Head, and check out their Bandcamp where the album will surely be available to purchase eventually as well as peep their old work!