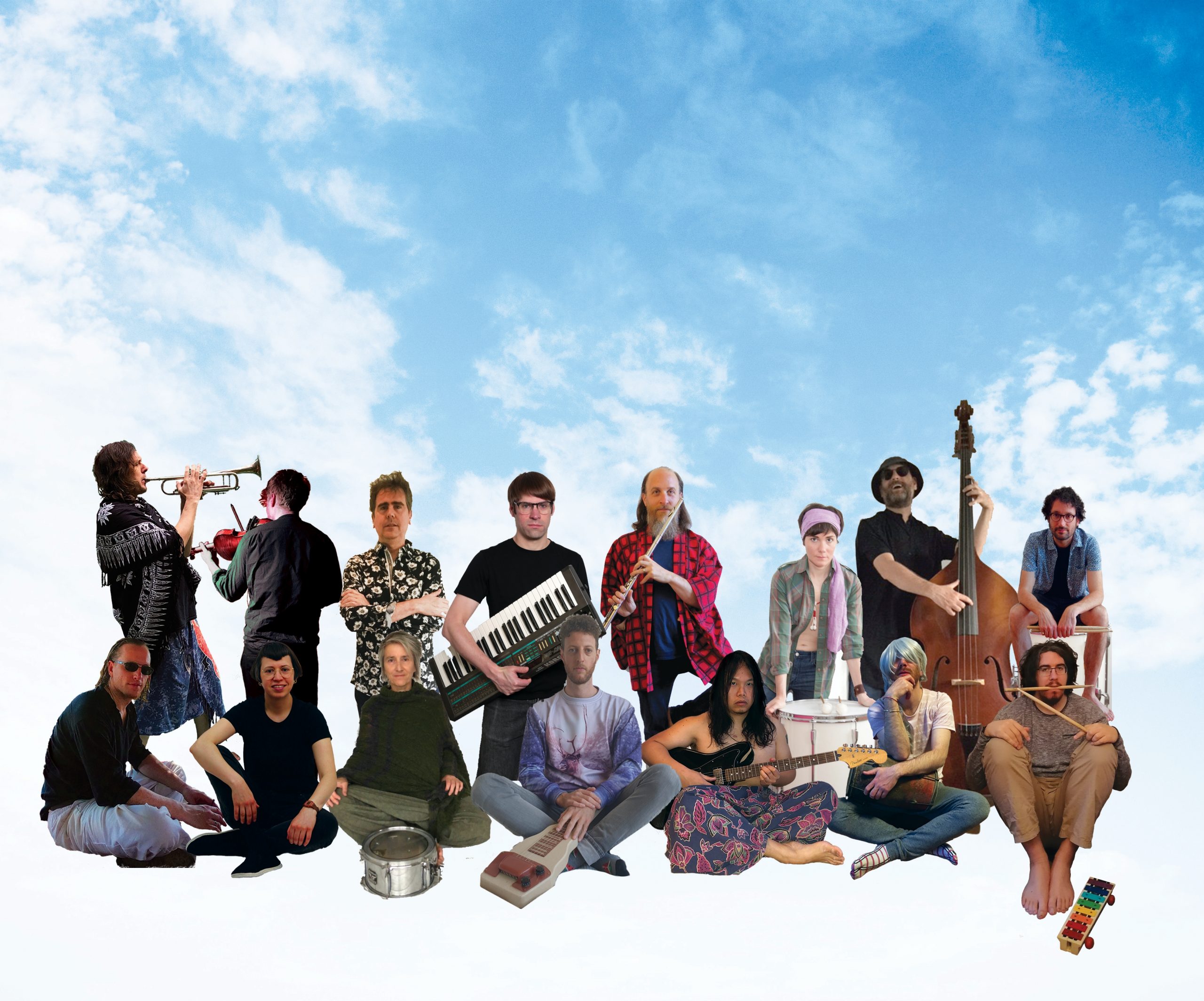 Hypnodrone Ensemble Give Us a Glimpse on How It “Gets Polyamorous”

By Robert MiklosSeptember 3, 2020 No Comments

In reference to the title of this article – probably not. However, Hypnodrone Ensemble are gearing up for a new album. Gets Polyamorous is the title of said collection of fresh material and it will be released via Wolves And Vibrancy Records on October 23. Alright, so what we’re getting a glimpse of is, of course, this new album. This glimpse comes in the form of the album’s first single, titled “Feedforward”.

A little bit about Hypnodrone Ensemble before we dive into the song itself. The band is the brainchild of Aidan Baker (Nadja, Noplace Trio) and Eric Quach (Thisquietarmy) and they are routinely joined by guest musicians for their albums. It would be exhaustive to list the lineup of this record since we’re basically looking at a small orchestra – fifteen people that is. So, now you know without a doubt that the music can only be good when there are this many layers going on. The band employs a distinctive approach to space rock, taking some cues from psychedelic rock and adding a certain experimental touch along with a droney twist for a very nice result.

Alright, so what’s up with “Feedforward”? Right off the bat, considering the stylistic frame of the setting, it’s a rather short song. That’s merely an observation since it doesn’t really influence the song itself, or at least doesn’t appear to. We’re looking at a very consistent song too. It goes throughout its contents with a consistent backbone – almost metronomic in its consistency. The polyrhythmic foundation gives it a mesmerizing edge, which is capitalized on by the melodic contents. Mesmerizing and polyrhythmic in the same sentence? Well, yes, I’m aware it may sound a little counter-intuitive, however the mesmerizing part stems mostly from the drone-like expansion of the sound.

I have a hard time cutting between the many layers that make up the melodic content of the song, so I’m not exactly certain what instruments are being stacked. There are definitely some synths and guitars along with something that sounds eerily like a processed sitar. The result is thoroughly hypnotic, you could loop this song for the length of an entire album and listen to it as such. The present vibes give it this eternal sort of feeling – at a cosmic scale, kind of like drifting in space, but somehow on a path towards a set destination. That being said, check the song out and make sure to also check out the album once it is released, if you dig this kind of stuff.