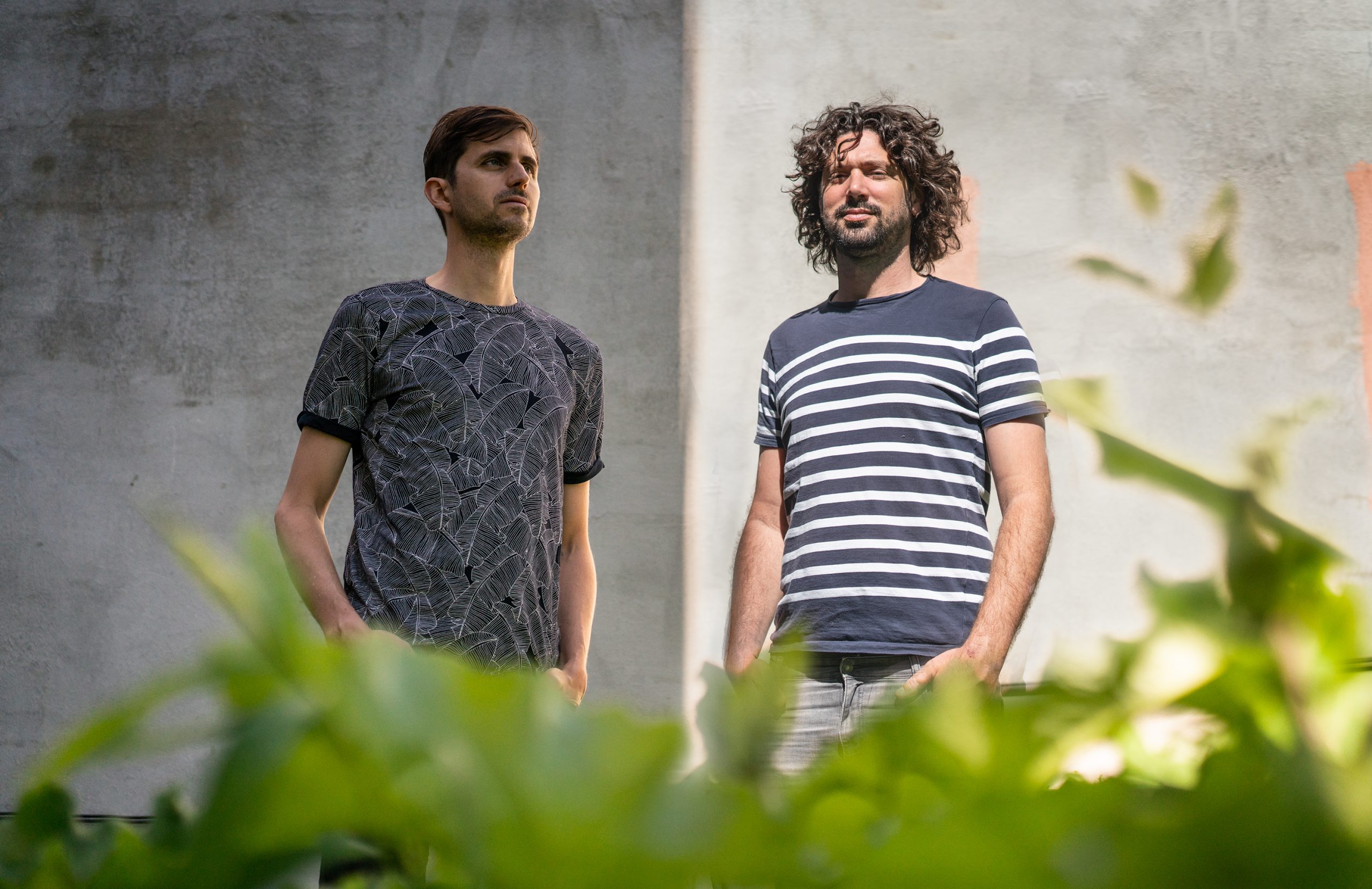 Ah, Ground Patrol. The experimental post/math rock duo blew me away with their previous release, Geophone, which simply came out of the blue via Art As Catharsis, reserving its space in my psyche for quite a while. It was a surprising and elaborate journey, deep into the world of fluent improvisation, and the band’s new monumental piece, Migrations, only further solidifies that thought, picking up where its precursor left off, digging even deeper and yielding even more fascinating results. While the release saw the light of day last week, and can be streamed and acquired over here, we’re simply rapt to be able to unveil the full music video/short film for the entirety of Migrations, which you can — and should, immediately — watch from below.

The entirety of Migrations was performed during a single day in a studio in Oregon, in March 2019, right after an immense blizzard, and was then edited and mixed online due to the members residing on the opposite ends of the planet. The video constitutes of earthy yet dismantled footage that perfectly pairs up with, and blends together with, the organic music — producing something that’s both familiar but equally alien by nature. It’s easy to get lost in the beautiful, mesmerizing imagery for a long while, as the mostly calm but dominant, reverberating guitar work of Kyle Sanna, and the simplistic yet disjointed percussions of the drummer Alon Ilsar blanket your aural perimeters with their captivating unison. The sonics and visuals create an artistic and impressive experience together, once again demonstrating how Ground Patrol governs beautifully vibrant and expressive planes of their own making in a striking fashion.

We also got a few detailing words from Ilsar about the creation of this conceptual masterwork:

‘We brought a simple concept to our improvisation of Migrations. On drums, I limited myself to two toms and a bass drum and restricted myself to playing in them in one order, each hit pushing ever so slowly against the one preceding it, speeding up until fading out and unveiling the starting tempo again at the end. On guitar, Kyle started with the low rumble of a single sampled guitar note, and slowly elevated and multiplied the pitch as more polyrhythmic loops emerged for us to play against. We kept it minimal, playing for 40min with several crescendos, knowing that our next task would be to improvise over this 40min journey right after the take. We only listened to the recording when we got back to New York a week or so later, and it sounded so good. A theme of migration emerged as we started shaping the improv to it.‘

The intensity of Migration‘s three conjoined segments flourish through intensity, which Ground Patrol summons through feather-light atmospheric portions, energetic loops, and the above-mentioned crescendos — all in equally refined taste and ponderous meaning in the bigger picture, regardless of whether they’re shorter bursts or long-lingering portions. First and foremost, the duo leads with tangible feeling and conveyable emotions, leaving an imprint to the back of their listener’s mind. I recall I had similar thoughts when digging into Geophone nearly two years back, and it’s good to hear how they’ve kept that kind of honesty and integrity that can’t be taken for granted in their output, even when embarking on a more inventive trek like Migrations.

Don’t forget to scope out Ground Patrol‘s previous doings from their Bandcamp, to eye the latest of news from their official site, or to follow them on Facebook.