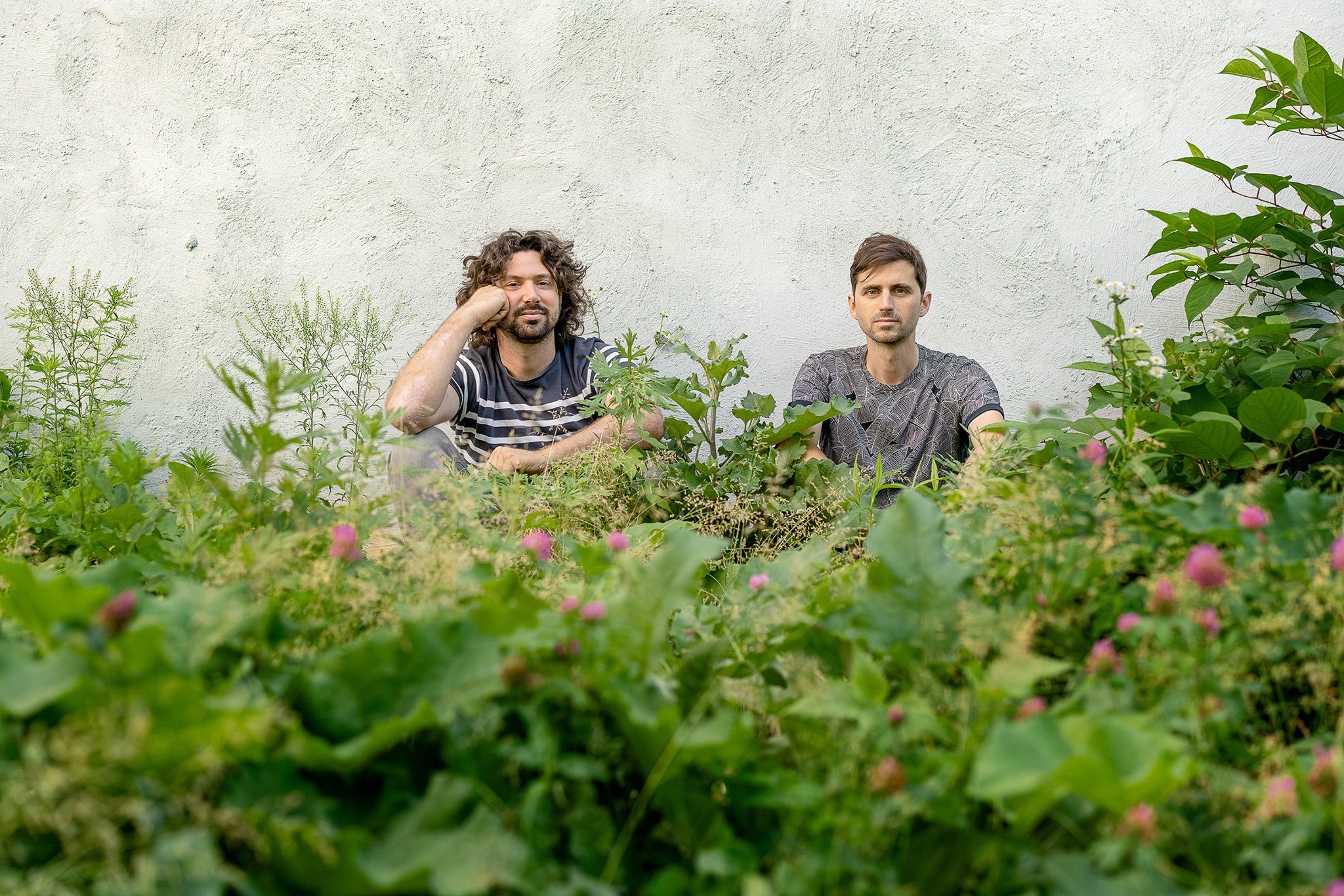 Ground Patrol are determined to take the improv math rock world by storm and gladly jam on the ruins with their third full-length Geophone.

What do you think when you hear the word improvisation? Maybe some theatre group struggling to make living out of jokes made up on the fly, or perhaps some indistinguishable jazz trio just going crazy all over the place? From my personal point of view, improvisation as a word has lost its deeper meaning in recent years to some extent, and instead has become a synonym for all things random and incomprehensible. I’m not gonna lie, that certain train of thought tends to chug through my mind as well at times given the context, but one can (and should) always strive to be more receptive and amenable, as it’s really good for you.

Ground Patrol is a hypnotizing prog/math rock duo based in Brooklyn and Sydney, whose newest album Geophone will be released to the masses on March 6 via Art As Catharsis. Geophone is the duo’s third album, and while the signature style and feel established on the previous ones are very much present here as well, there’s a new kind of depth and natural evolution to be heard. There are no constants when it comes to this pair’s organic experimentations, and this alone makes Geophone a worthwhile listening experience in its own right.

The opening track “Rain/Fracture” is the most colossal piece on the album, and not only because of its over sixteen-minute runtime, but also because of its atmosphere. Ground Patrol storm right to the point, and I couldn’t help but listen in awe how the vivid and animated drum beat and simple guitar pattern slowly become all the more complex and evolve to grandiose dimensions. This steady flow carries on throughout; it feels like a gripping adventure, as there are no abrupt changes or odd trails anywhere in sight, yet you simply have no idea where the main path is taking you. The journey is full of notional moments, whether it’s the exhilarating upbeat passage, the thunderous and rhythmic tom-beat section, or the very restrained and kinda smoky pub-band outro. There’s a lot to envision, and a lot to take in.

“Quake” is based on a plucked melody topped with an adapting delay, and starts to gain momentum by the sensation of rising tempo. This track is the second short one on the album, and acts as a bridge between the aforementioned first epos and “Electricity”. On said third track, a majority of the guitars are ran through some fuzzy, synth-like pedals or plugins, providing a very different kind of ambiance production-wise. Speaking of production, Geophone combines organic sound with these sort of industrial tones very effortlessly, which makes the listening experience very pleasing altogether. That way Ground Patrol also brilliantly avoids the mind-numbing route that some of the bands in this genre take far too eagerly.

When the fuzz-drenched, late 70s prog rock tones of “Electricity” fade out, we’re met with the aptly titled “Landslide”, which also goes by the name of ‘my favourite’. The track commences with an elongated drone and guitar-synth swells, before proceeding to twist and bend the time continuum by operating beyond any measures I can properly count to. Overall, “Landslide” is very simplistic when compared to the rest of the album, but it has a destined direction at all times, and moves around exactly the way it’s supposed to. The song gets very hypnotic towards the end, with some fitting, proper curveballs thrown our way occasionally.

Next, we’re faced with a soothing two-minute interlude (or transition) called “Waves”. This moment on Geophone is also the most problematic for me, as I would’ve liked the airy and fragile, almost soporific piece to go on ten times as long. Oh well, artistic decisions and so on. Final track “Stream/Slough”, however, amends this slight misstep in a tactful and cyclic fashion. Simply put, this final epic takes every aspect and tone of the earlier songs, throws them into a blender, and reconstructs a living entity out of the shreds, encased in a funerary shell. This song is a dirge, a definitive ending. It’s also easily the heaviest one on the album, underlining the band’s newfound melancholic atmosphere, one that I wish they would continue to pursue in future works.

Ground Patrol have crafted an album that brings me delight and takes me to my happy place time and time again. Geophone is a satisfactory gestalt, created by two individuals who clearly know exactly what they’re doing. After all, this kind of social cohesion between instruments isn’t obtained all too frequently, and the improvisational approach only adds to this feeling, continuing to blow my mind repeatedly. Oh the joy of seamless unison and harmony!