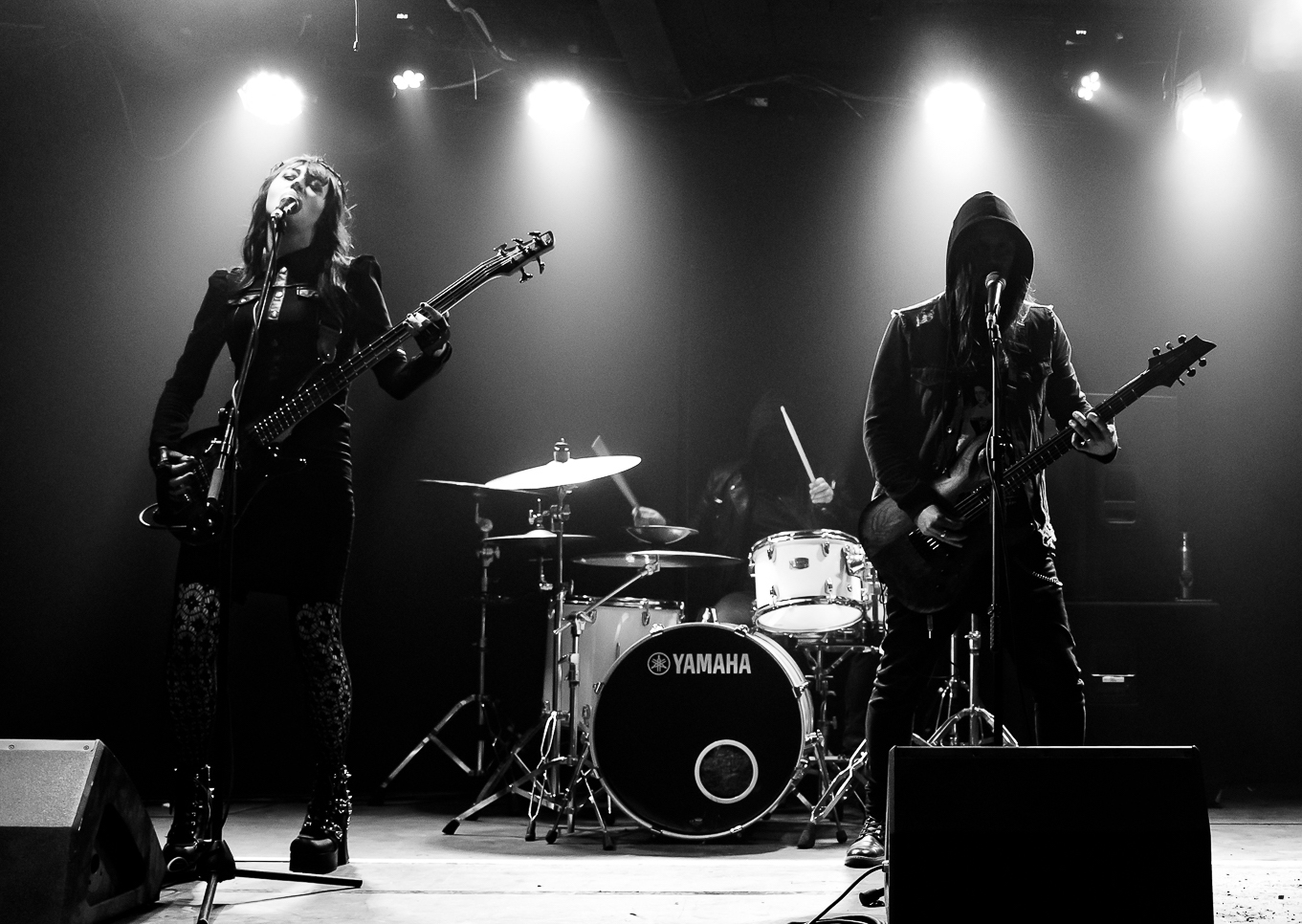 Enjoy the occult? Looking for some music that’s dark and mysterious? But wait, you’re also wanting something that still possesses enough melody to be a total earworm? Normally, I’d say you were out of luck (at least by my standards) since I find that gothic rock tends to focus more on the band’s image and less on the music. Fortunately, Manchester’s Gospelheim breaks through my previous bias by delivering everything you might be in search of.

Despite being a brand new band on the scene, Gospelheim seizes respect instantly with their vigorous musical presence. The group’s cocktail of blackened elements with clean vocals, synths, and traditional heavy metal come together to build something that pleasantly stands out from some of the monotony that is present in some modern rock music. It’s especially notable that the gloomy and brooding textures never feel gimmicky or forced, which is a massive plus in my book. Today, we at Everything Is Noise are incredibly proud to premiere the band’s music video for their debut single, “Into Smithereens”!

The very first chord of “Into Smithereens” does a phenomenal job of setting the blackened tone. As soon as the entire band kicks in, it’s obvious that Gospelheim means business. The sonic assault is propelled by blast beats and aggressive guitars, but the vocals soar gorgeously over the bleak chord progression. The juxtaposition fits nicely with the theme of ambiguity that is present in the lyrics. As soon as the chorus hits, the melody is catchy and haunting, but it doesn’t feel out of place at all. Regardless of the many influences captured in the track, it never loses a sense of cohesiveness and excitement.

Even though I’ve mainly gushed about the music so far, I would be doing a massive disservice if I didn’t take the time to praise the music video as well. The footage of the band is effectively interspersed with somber footage from the classic Dante’s Inferno. The video is masterfully shot and doesn’t feel unnecessarily jarring or disorienting. The imagery is fantastic for a gothic rock band, but it’s important to note that it doesn’t ever distract or detract from the music itself.

If you liked what you heard from Gospelheim, definitely keep your eyes and ears peeled for more. For now, you can support the band by following them on Facebook and Instagram. I always love being able to hear music from artists that are just starting out, and Gospelheim have done a damn good job of making me want more. I’ll definitely be interested to see where this band goes, and I certainly suggest you do the same.