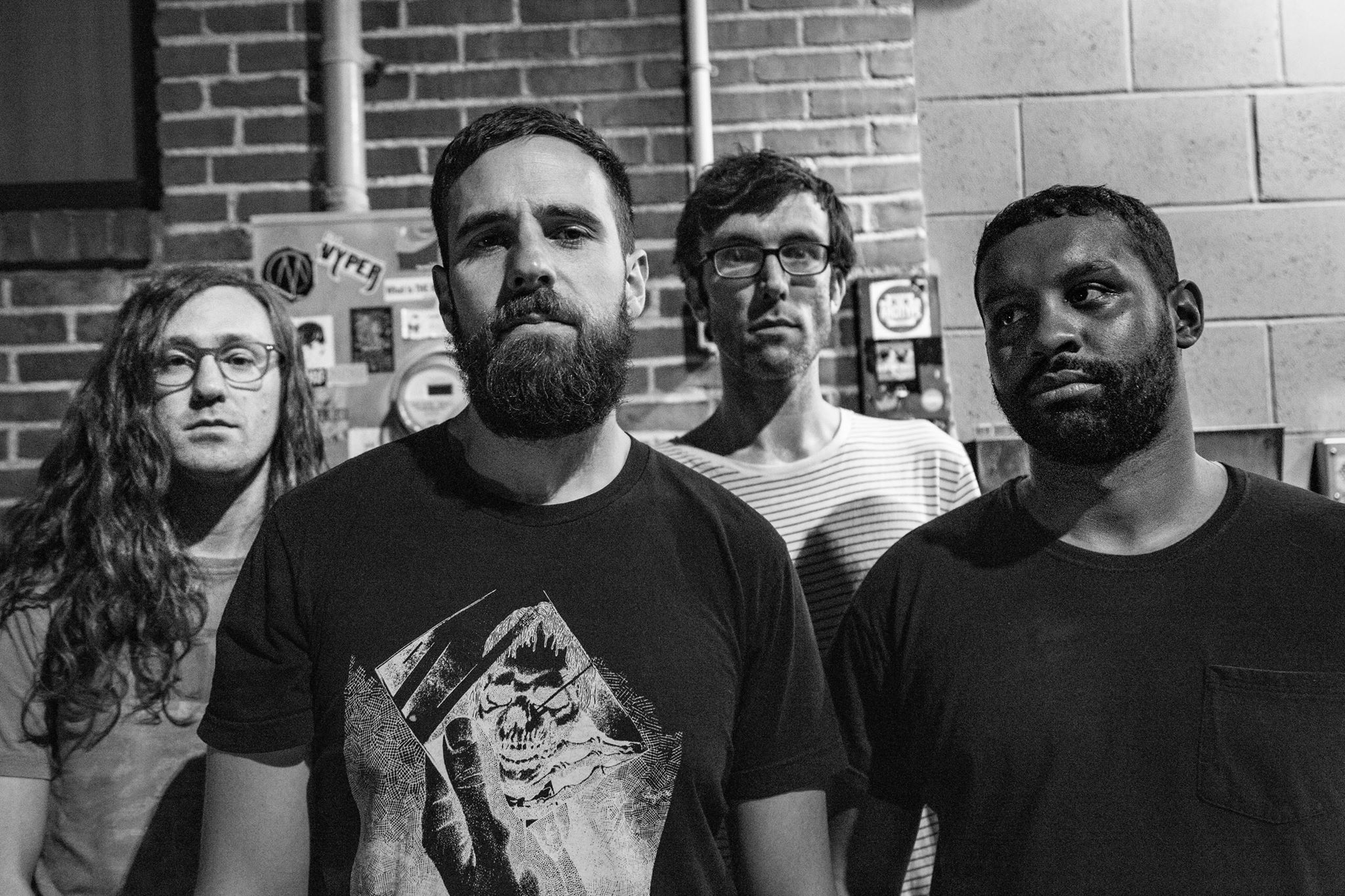 By Scott DemersNovember 13, 2019 No Comments

Following the release of their latest album Nerves, Bedroom Eyes have decided that now is the right time to put out a music video in support. Who gets to premiere said video I hear nobody asking? That’s right, Everything Is Noise!

Nerves dropped on Halloween this year, October 31, 2019 (in case you forgot the date), through Dome A Records. These shoegazers have been on the scene for over seven years now and are constantly finding new ways to make their sound fresh. For their newest outing, Bedroom Eyes have divvied up the writing duties between all members and took a different approach to recording. They recruited Justin Pizzoferrato at Sonelab and recorded the music in three different sessions:

‘One weekend at the studio to get all the drums with placeholder guitar and bass tracks; then many, many sessions at RJ’s home studio recording guitars, vocals, and anything else we came up with; and then finally another weekend in the studio to put it all together. It started as a way to save money, so we could do our experimentation ‘off the clock,’ but in doing so we removed the time constraints you normally have in a recording session, and were free to dive into fine details. It took a lot longer overall but it was worth it, we wouldn’t have been able to make this record any other way.’

The song we’re presenting for you today is called “Wire” and is the second track on the aforementioned album. Shall we?

I get so many mixed feelings from this video! The visuals are pretty creepy, but when combined with the relatively upbeat audio it just ends up confusing my brain! The standout musical quality for me is the driving rhythm section of the song. Between the bass, the drums, and the rhythm guitar, this song is constantly moving towards something great. Add to that the layers upon layers of reverb-laden guitars and we have a winner of a track. The vocals are sung quietly atop the pile of instrumentation and have an indie pop feel to them. Of course, if you liked what you heard in the video, make sure you check out the rest of the album!

Bedroom Eyes just put out the latest album Nerves which you can purchase right here on Bandcamp. Be sure to also follow them on all of them regular socials like Facebook, and Instagram as well.