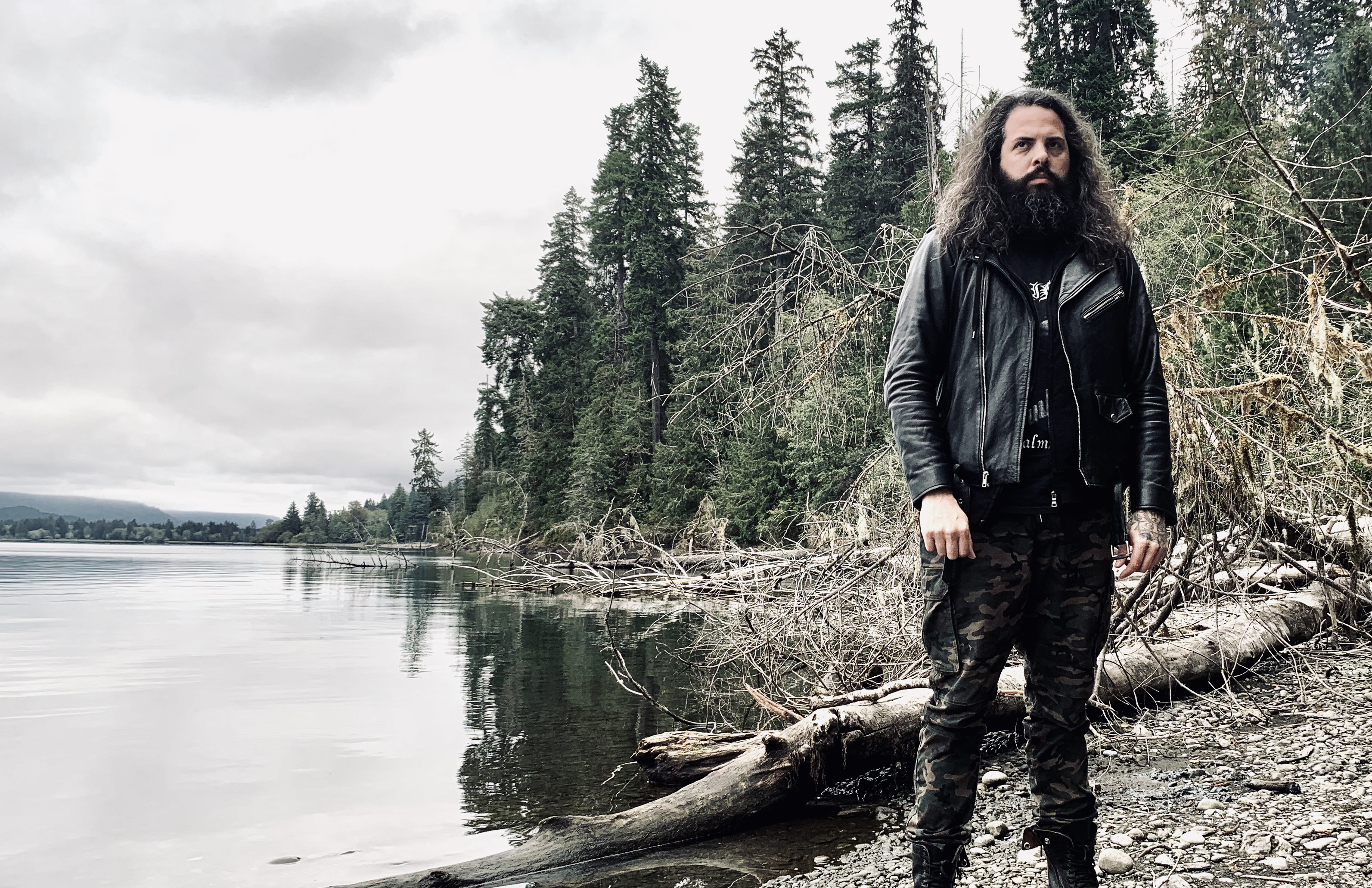 Abigail Williams – “Walk Beyond the Dark”

By Vidur PaliwalNovember 13, 2019 No Comments

Abigail Williams returns after 4 years to deliver their best work to date in Walk Beyond the Dark, with Ken Sorceron weaving his vision of darkness and despair.

Perseverance in the face of grim opposition is not a feat many can boast off. To grow through the difficulties and become a much bigger entity is even rarer, but this is precisely what Ken Sorceron has achieved with Abigail Williams. Faced with countless critics and an ever turbulent lineup, the man has put his heart and soul into the project for over a decade, and this has never been more evident than on Walk Beyond the Dark, the band’s upcoming fifth full-length album.

One of the alluring facets of Abigail Williams has been the sheer spectrum of black metal sounds the band has captured in their discography. From the symphonic roots of In the Shadow of a Thousand Suns, to the bristling rawness on the last full-length, The Accuser, Ken follows whatsoever path his heart desires. On Walk Beyond the Dark, the band brings together the very best of their previous works, while adding new atmospheric elements to elevate the overall experience.

Walk Beyond the Dark sets an unnerving atmosphere from the get-go in “I Will Depart,” offering moments of melodic somber interspaced between the discordant blast-beats. This vibe does flow into “Sun and Moon,” as the track swings from a chant laden black-folk metal sound into a cacophony of anger, and then to a progressive Tool-ish interlude, before swinging back again. This not only leaves the listener quite surprised, but also engages them in the finer details of the art on display. The band has also taken the production up a few notches by further refining their gritty production style (seen on The Accuser), as Lasse Lammert manages to retain the raw black metal sound without ever becoming too dirty or distorted.

Despite the multiple facets the record holds, Abigail Williams strength over the last decade lies in long epic compositions, and Walk Beyond the Dark is no different. In its runtime of just under 11-minutes, “Black Waves” showcases the amazing instrumentation the group is capable of. From Chris ‘Kakophonix’ Brown’s perfected cello arrangements, to the harsh and buzzing guitar riffs, there is a well-executed ebb and flow to the music, which completely engrosses the listeners. While the atmospherics are not completely new, with bands such as Wolves in the Throne Room and Altar of Plagues using similar techniques, there is a beauty to the way it is executed that is truly rewarding.

To round of the entire experience, “The Final Failure” covers the entire sonic landscape of Walk Beyond the Dark. With a melancholic kick-off, thanks to the beautiful cello compositions once again, the track leaps off a cliff into a carnage of riffs, anguished laden vocals and war beat drums. The 11-minutes of the track flyby, as one gallops through the masterful creation, enjoying the classical influences as much as the pure heavy metal guitar solos. The track also shines a light on the progressive drumming by Mike Heller (of Fear Factory) and the insane bass lines by Bryan O’Sullivan (ex-Altar of Plagues). It’s only towards the end that one realizes it was the mastery of these two musicians that ties down the record with such perfection.

As stated at the beginning, for Ken Sorceron to not only defy the critics but to have such a clear and beautiful musical vision, is something to be applauded. With Walk Beyond the Dark, Abigail Williams has not only refined the sound of the predecessors, but also explored new depths. This is a walk that all black metal fans must partake in, and they will discover the beauty of its darkness.