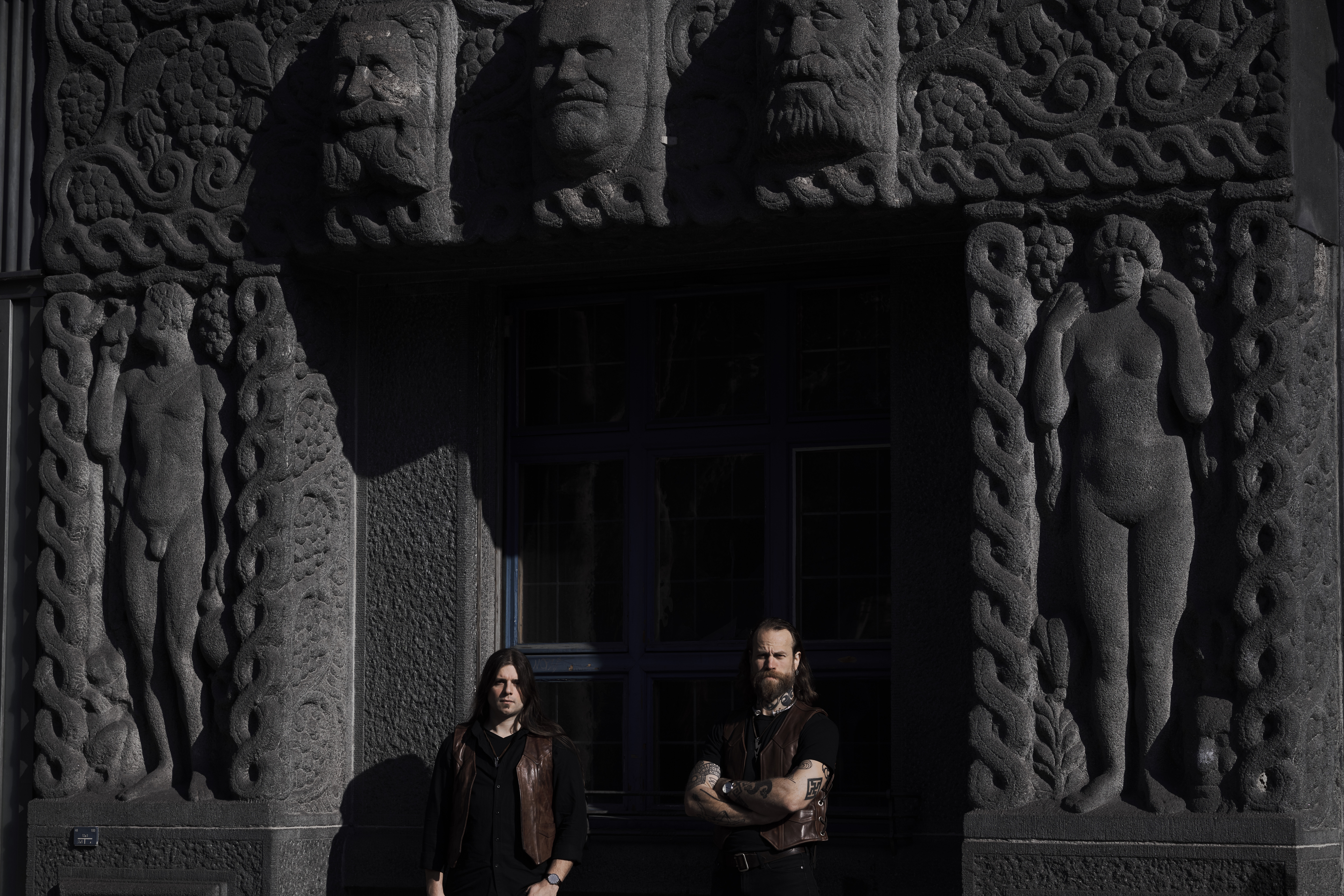 By Ashley JacobNovember 12, 2019 No Comments

Bölzer return to deliver a swift and heavy hit of the darker variety, whilst advising listeners to fully take note of their presence.

Bölzer have been in the game for just over a decade, and if you haven’t heard them before, now is the time to get involved. From this new release, you can expect savage heaviness, engrossing vocals, and an enjoyable disregard of expectation. Their 29 minute EP doesn’t seem much like an EP, but more of a controlled burst of primeval, low-end noise.

Structurally, Lese Majesty is a fascinating record. In one sense, it finishes almost as quickly as it starts, but inside that time-frame, you get some hearty experimental musings, as epic as any similar release of greater length. Bölzer cite themselves as being misunderstood within the more purist niches of the death/black fraternity, and it’s fairly easy to understand why. Though drawing from the some of the most thick-blooded wells of those genres, they frequently delve into thrash and groovy conventions, whilst adding some emotive and clean hallmarks along the way to really rattle those chains of elitism.

Anyway, genre rules are destined to be warped and subsequently broken, and Bölzer do so to great effect. In one sense, this release is a very traditional product, but in another, it strives to be more than that. The modern, ultra-low tuning of the guitars, the slick lead layers, and the bombastic and unrelenting drumbeats render this a very updated example of those classic traits. Here, we have the calling of a band who have forged their own musical path, and are even more impressive for it – considering that the band is composed of just two, very persistent, members.

From the start, Lese Majesty manages to sound off in grand fashion, with the EP’s opening track, “A Shepherd in Wolven Skin”. Within those nine minutes, we hear a sense of highly developed progression which doesn’t deviate from the core rhythm at any lengthy point. Extra credit goes to the clean section of the vocals, which then transcend into some remarkably effective whistling. After the brutally atmospheric spoken word interlude of “Æstivation”, the galloping pace continues with unhindered resolve on “Into the Temple of Spears”. It is only when we reach the closing song, “Ave Fluvius! Danú Be Praised!” that we get a minor fluctuation in pace, although throughout, the energy levels remain firmly on the high end of the scale.

Ultimately, the record starts as it means to go on, and any level of collapse in this resolve would surely be damaging to its health. Respect, then, goes to them for sticking to their guns, through and through.

In four tracks, we get the full breadth of Bölzer‘s soundscape, and it’s a high energy ride with no lapse in conviction along the way. The record may be born from a devoted but finite plethora of ideas, but they are wielded with the utmost wisdom and expertise. Lese Majesty proves that Bölzer are fast, fearless and know exactly what they want from their music. If listeners weren’t clear of this fact from previous releases, then this swift swipe of ravenous intensity should seal the deal once and for all.