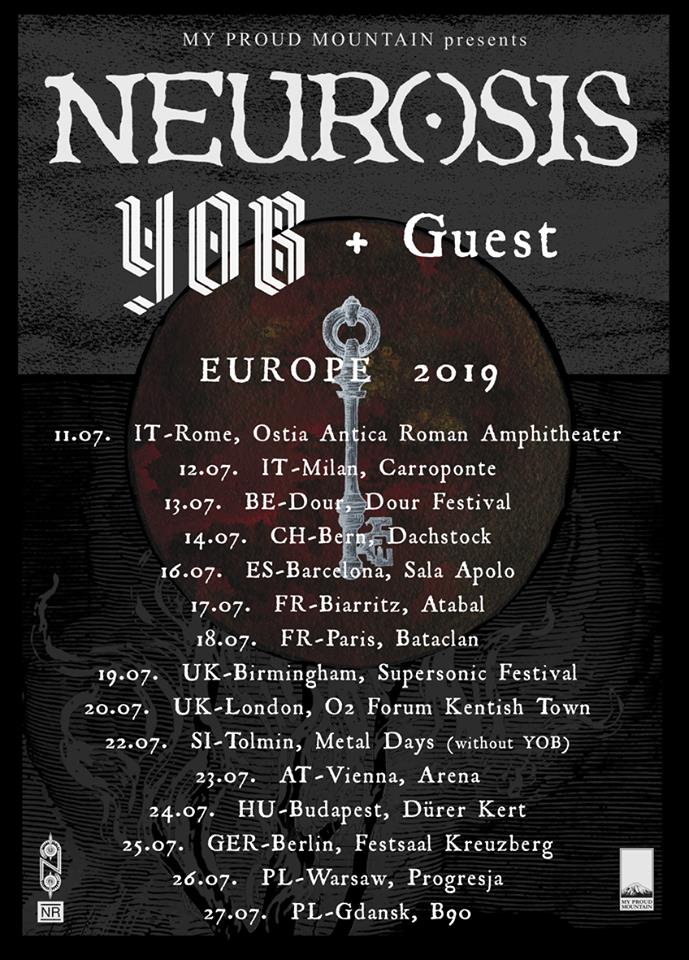 Yob Will Join Neurosis for a European Tour this Summer

By Rodney FuchsFebruary 8, 2019 No Comments

What a line-up! Do you love heavy, doomy post-metal music? Then you will love this tour! Our Raw Heart was often called one of the best metal records of 2018, Yob‘s previous musical output culminating in an overwhelming record. Now in 2019, fellow Americans Neurosis are taking Yob on tour with them for another headline run across Europe this summer. The post-metal veterans released their eleventh and most recent album Fires Within Fires in 2016, after over 30 years of being a band.

Neurosis had a huge impact on Yob‘s own songwriting, as they stated in their announcment for this tour:

‘We’ve said it before and will say it again: collectively, they are our favorite band. We cannot wait for these shows, to play for people who are in attendance, and watch Neurosis every night. It can’t get better than that.‘

Yob will join the great Neurosis for some dates this summer. But the poster also shows a ‘+guest’ next to Yob, which hints at a few other acts yet to be added to several shows. Just imagine a band like Amenra on this line-up; you would have one of the most intriguing evenings ever! Who would you love to see with these two bands? Let us know in the comment section!