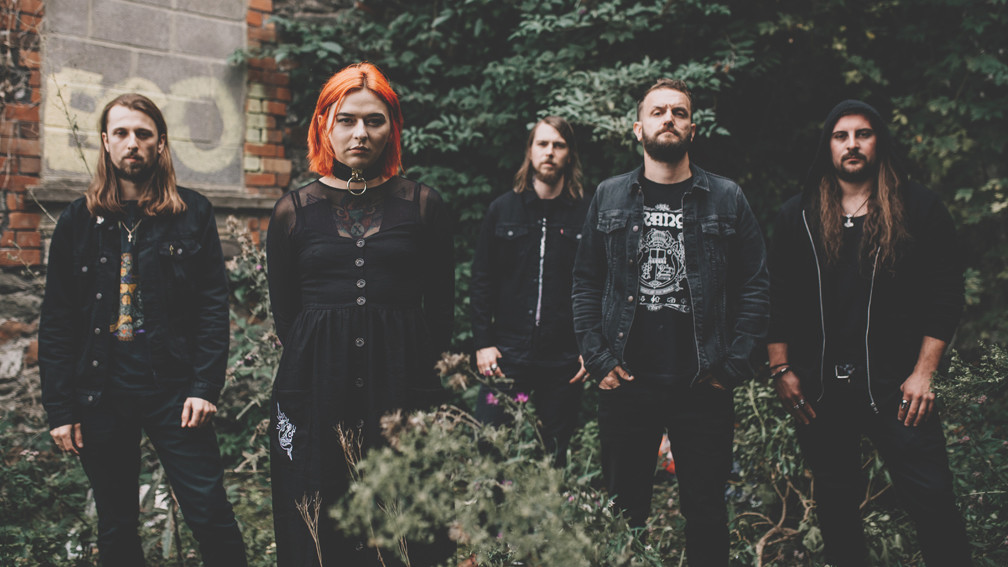 By David RodriguezFebruary 15, 2019 No Comments

Who’s ready for some absolutely fiery death metal? With a name like Venom Prison, you know they have to come hard as hell. If you’re not hip to the band, they’re a UK quintet that turns the visceral and cathartic violence of the genre and aims it toward fascism, rape culture, degrading patriarchy, and other sociopolitical ills. I quite enjoyed their last album Animus that released late in 2016, and now we have some details on their latest and, hopefully, greatest. The band’s next album will be called Samsara, a Sanskrit word that refers to the cycle of life from birth to death to rebirth, and it will come out pretty damn soon on March 15 via Prosthetic Records!

With this reveal, we also get a taste of the music on it with the lead single and first video called “Uterine Industrialisation”. That alone is a blood-curdling phrase that brings to mind morbid and abhorrent dystopian visions. Those visions are soundtracked boldly by shredding, pummeling death metal. As with their previous efforts, there’s also a little hardcore touch in the progressions, capturing a very specific pissed off brutality. Venom Prison aren’t here to play any games. Take a listen for yourself:

“Uterine Industrialisation” is a straight-up kick in the chest, just about everything I expect from Venom Prison. We also have the cover art and tracklist for Samsara, which show a couple interesting things. Going off of some of the song titles and the word ‘samsara’ itself, the album might have some binding thematic threads based in Buddhism and Hinduism which would be quite interesting. The art, while not as raw and direct as the cover for Animus, is still stunningly and painstakingly painted, depicting a writhing mass of limbs and bodies laying on what appears to be a bed of huge spider eggs. I have many questions.

This album’s probably going to destroy me. I can’t wait. Preorder Samsara now on Bandcamp and check out Animus if you haven’t already in the meantime. Also, give the band a follow on Facebook and Twitter.