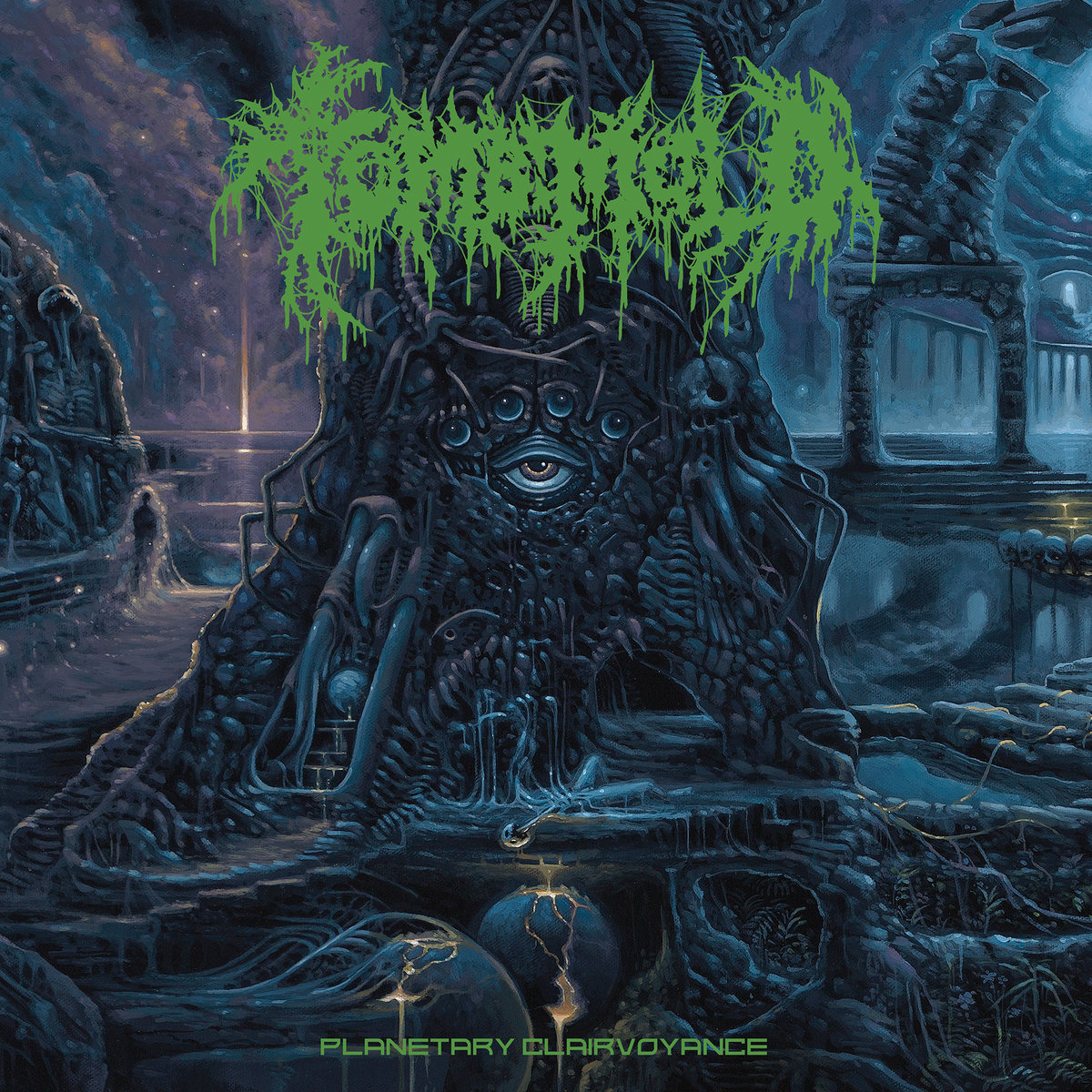 Tomb Mold Announce a New Album and US Tour

Tomb Mold are a death metal band from Toronto, Canada. They are comprised of: Max Klebanoff, who is handling the beats behind the kit as well as the vocal duties (formerly of Fragile Existence); Steve Musgrave on bass; Payson Power on guitars; and Derrick Vella who is doing the rest of the guitar and bass work. They have been an active band for the past four years and their repertoire consists of three demo tapes, three full length albums – one which will be released soon, more on that below – one compilation and one EP, all of which seem to be lyrically centered around ideas from the Dark Souls and Bloodborne video games.

Their latest album, Manor of Infinite Forms, which came out just last year, saw the band signed to 20 Buck Spin records where they will be releasing their newest album. Planetary Clairvoyance will release on July 19th 2019, and it was recorded by Sean Pearson at Boxcar Sound and mixed/mastered by Arthur Rizk. Cover art was made by Jesse Jacobi (Instagram) with additional art by Lucas Korte (Facebook). The track “Infinite Resurrection” is streaming today across all platforms. Pre-orders will begin in June. The band will also be on tour across the USA through July and in Europe throughout September. Tour dates can be seen below and the remainder will be announced.

Tour dates are as follows :