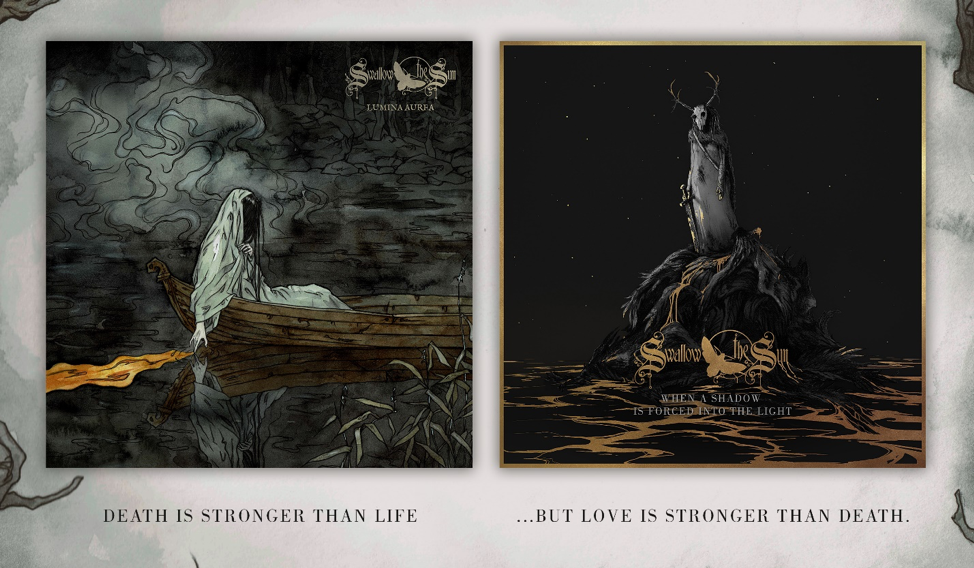 By Vidur PaliwalNovember 14, 2018 No Comments

Finnish melancholy death-doom metal masters Swallow The Sun have announced their new album, When A Shadow Is Forced Into The Light. The new album follows 2015’s epic triple-album Songs From The North and is scheduled to be released on January 25, 2019 through Century Media Records. Moreover, the band will release a separate 14-minute standalone single “Lumina Aurea” one month earlier on December 21, both digitally and as 12” EP vinyl version.

Though the single and the album are conceptually connected, they are musically completely different. Fueled by personal loss (the album title has its origins in Trees of Eternity‘s “Broken Mirror”) and powered by the will to continue, When A Shadow Is Forced Into The Light showcases the group’s ability to maintain its signature sound while expanding upon horizons and diving deeper into the crevasse of doom-death metal. The single “Lumina Aurea”, on the other hand, showcases some of the darkest and most sinister music the band has ever composed, featuring guest performances from Einar Selvik (of Warduna) andMarco I. Benevento (of The Foreshadowing).

When A Shadow Is Forced Into The Light track list and artwork:

1. When A Shadow Is Forced Into The Light
2. The Crimson Crown
3. Firelights
4. Upon The Water
5. Stone Wings
6. Clouds On Your Side
7. Here On The Black Earth
8. Never Left

The band has also announced the first dates of the When The Shadow Is Forced Into The Light Tour, by promising six winter shows across Finland with support from The Man Eating Tree.