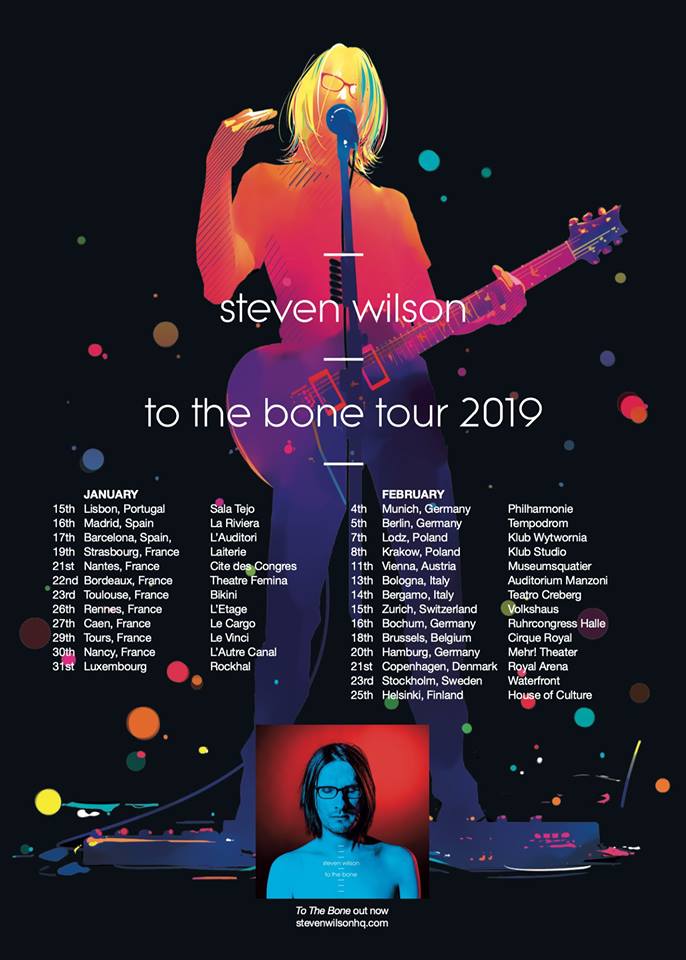 By Rodney FuchsAugust 1, 2018 No Comments

As Steven Wilson just announced on his Facebook page there will be an European tour in early 2019! Wilson, who just announced an American run for late 2018, now extends his To The Bone Cycle. As a matter of fact his 2017 release was different from what fans expected. As Hand.Cannot.Erase was dealt as a 2000’s pendant to Pink Floyd‘s The Wall, some fans were upset about pop-charty, ABBA-esque tunes like “Permanating”.

Which songs off To The Bone do you want to hear on this tour? For me “The Same Asylum As Before” as well as “Refuge” are favourites. How about you?

The tour routing looks the following:

If we take a closer look to the venues on the tour routing, one might see that Wilson seems to be more successful than ever before. Not only due to catchier songs, but also based on the fact that he is aiming to be the king of modern progressive rock. Especially French fans will get a chance for catching him on this tour. As this tour clearly focusses on To The Bone, we will probably also get songs off HCE and The Raven That Refused To Sing. Who knows, maybe Steven Wilson might even come up with something new!

Tickets go on sale 6th August at 10am CET! Better watch his Facebook and grab your tickets soon enough!