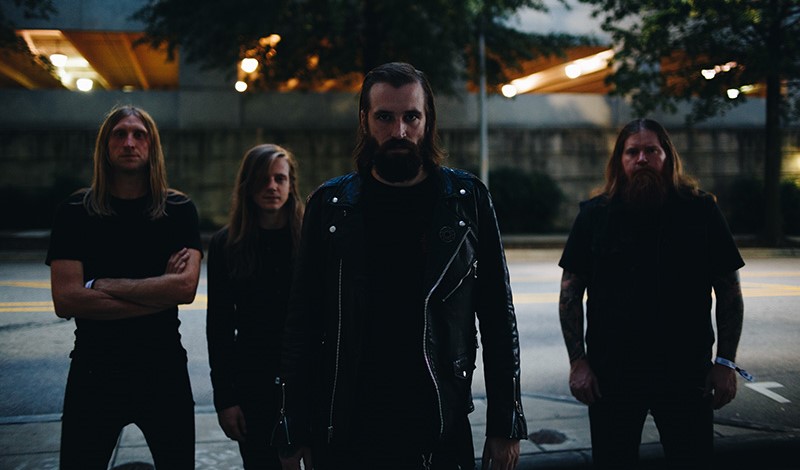 By Vidur PaliwalFebruary 14, 2019 No Comments

American death/thrash metal veterans Skeletonwitch have announced a US headlining tour in support of their sixth full-length, Devouring Radiant Light, which came out last summer. The album was a big step for the band, as it was their first album with new singer Adam Clemans (of Wolvhammer), following the departure of founder Chance Garnette. Skeletonwitch will finally showcase the new record live in the United States for the first time. The band will be playing 28 shows, kicking off the tour on May 1 in Philadelphia, Pennsylvania and wrapping up in their home state of Ohio in Columbus on June 3.

To make the tour even more exciting, the band is supported by Belgian black metal act Wiegedood (by members of Oathbreaker) and Oregon based post-punk masters Soft Kill (who themselves released their most recent album Savior last summer). Also on the billing are Texas based screamo/hardcore newcomers Portrayal of Guilt, coming in on the back of the release of their debut Let Pain Be Your Guide. Additionally supporting on smaller segments of the tour are blackened punk act Devil Master (debut album Satan Spits on Children of Light releasing this March), and Swedish metal/punk giants Martyrdöd (whose anticipated new album Hexhammaren is planned for May).

The complete line-up makes this a ridiculously good lineup that is bound to satisfy fans across the metal sub-genres. All dates are listed, with music from all bands on the tour, below:

Tickets will go on sale February 15! So keep a watch out for that here. You can follow the bands involved on their Facebook pages: Skeletonwitch | Wiegedood | Soft Kill | Portrayal of Guilt | Devil Master | Martyrdöd