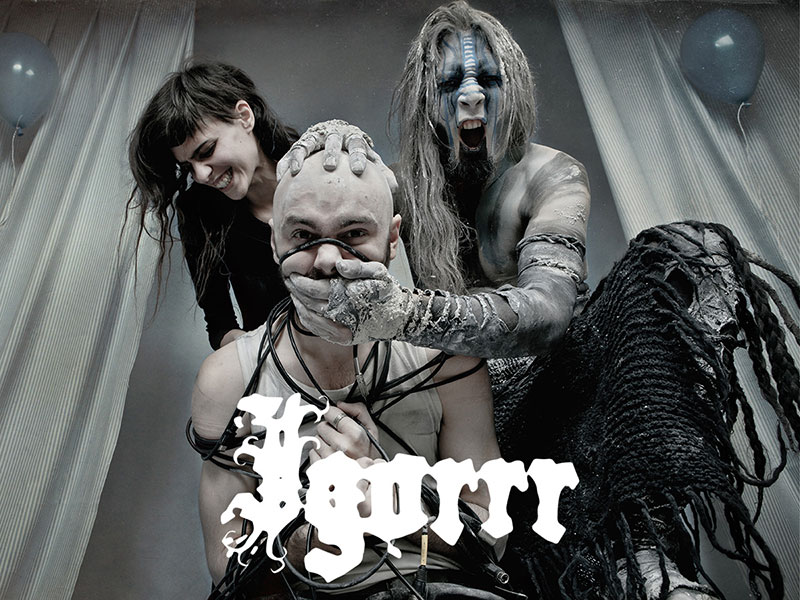 Everything Is “Very Noise” For Igorrr and His Upcoming New Album

After 2017’s Savage Sinusoid, composer Gautier Serre (more commonly known as Igorrr) just revealed details on his upcoming fourth album. It is set for release on March 27, and will be called Spirituality And Distortion. To accompany this announcement, Igorrr also released a short video for the song “Very Noise”.

“Very Noise” is the third song off the 14-track record, and the whole thing feels like a remix of older Igorrr material. In fact, the track isn’t even two minutes long and focuses on a single rhythmic breakcore pattern, which is repeated by the guitars, bass, and synths. It’s also mostly instrumental; there are only little vocalizes in there. Together with the wild animation video, “Very Noise” creates an insane vibe without getting into any catchy passages at all.

Similar to Savage Sinusoid, the upcoming album will deliver a more guitar-driven sound, moving further away from Igorrr’s earlier, mainly electronica and baroque-based sound. ‘The organization part has been more complicated as we had to fly traditional instrumentalists to our studio’, says Serre about the album’s creation. All acoustic instruments, including violins, kanoun, harpsichords, oud, accordion, and a piano have been recorded traditionally, without the help of computers. Just as on previous works, vocalists Laure Le Purenec and Laurent Lunoir will be featured on Spirituality And Distortion, too.

The most prominent guest on this album is none other than George ‘Corpsegrinder’ Fisher (Cannibal Corpse), who has a guest part on “Parpaing”. He is a musical hero of Serre’s, who describes him as ‘the final boss of death metal’; his vocals are placed into ‘a cheap tune of 8bit music which is the least heavy music on earth’ in order to create a beautiful contrast. Lyrically, the album focuses solely on the sound created by the words being used – there was no regard for the intellectual meaning behind them at all.

As Serre states on his newest album, it’s a collection of sounds represented as emotions:

‘Getting stuck in only one emotion is very boring to me; life is a wide range of emotions – sometimes you’re happy, sometimes you’re sad, angry, pissed off, nostalgic or blown away.Life is not only one color. These 14 tracks are a journey through different states of mind I’ve been through.‘

The tracklist goes as follows: