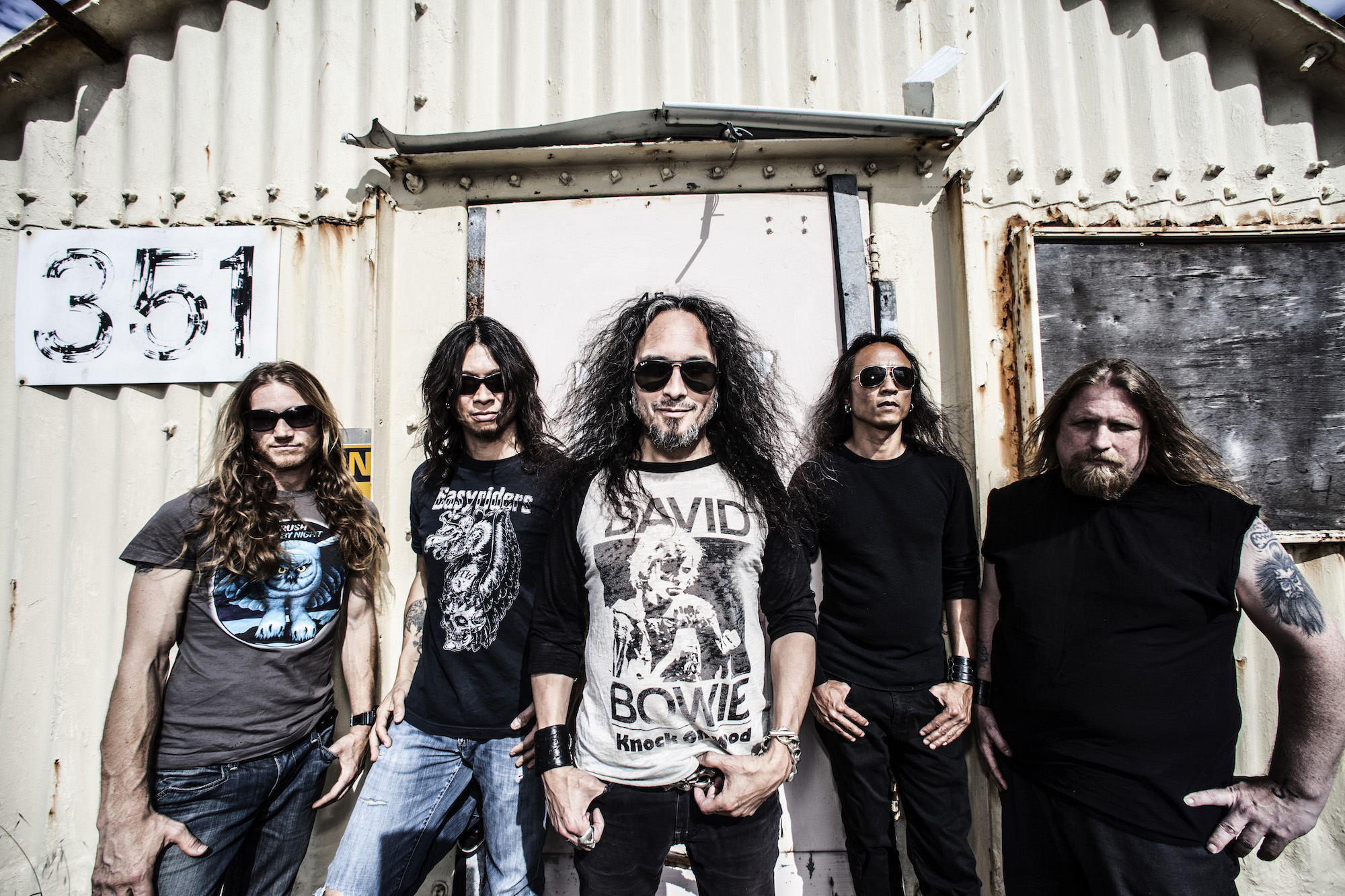 Long-time thrash metal legends Death Angel might be one of the best examples of a successful band reunion. Originally active in the early thrash scene starting in 1982, the band broke up in 1991 due to difficulties stemming from a bus accident. Fast forward a decade to August 2001 when the band officially reunited. Ever since their reunion, the band has been pumping out albums and touring the world, keeping a loyal following of fans – both new and old – at all times. After spending most of 2018 locked away writing, the band is officially ready to release their ninth studio album titled Humanicide through Nuclear Blast Records on May 31.

This record follows up Death Angel‘s 2016 release of The Evil Divide, which peaked at 98 on the Billboard 200. This will be the fourth consecutive Death Angel album that was recorded by Jason Suecof (Deicide, Trivium) at Audiohammer Studios, as well as mastering by Ted Jensen (Slipknot, Pantera) of Sterling Sound.

To give fans a taste of what’s to come, Death Angel has released the titular first single, “Humanicide”. This six-minute, headbanging thrash fest shows these guys at the top of their game. Mark Osegueda’s somewhat hardcore shouts are perfectly paired with plenty of fast-tempo chugging guitar riffs and soaring leads that rely heavily on the whammy bar. This track is just one of eleven total songs for the album. Check out the track list below, as well as the baleful cover art created by artist Brent Elliot White (Lamb of God, Megadeth):

Humanicide is available for pre-order through multiple sites: Nuclear Blast official page, Death Angel official page, iTunes, Amazon, and Google Play. Don’t forget to like and follow them on Facebook for band related news and updates!