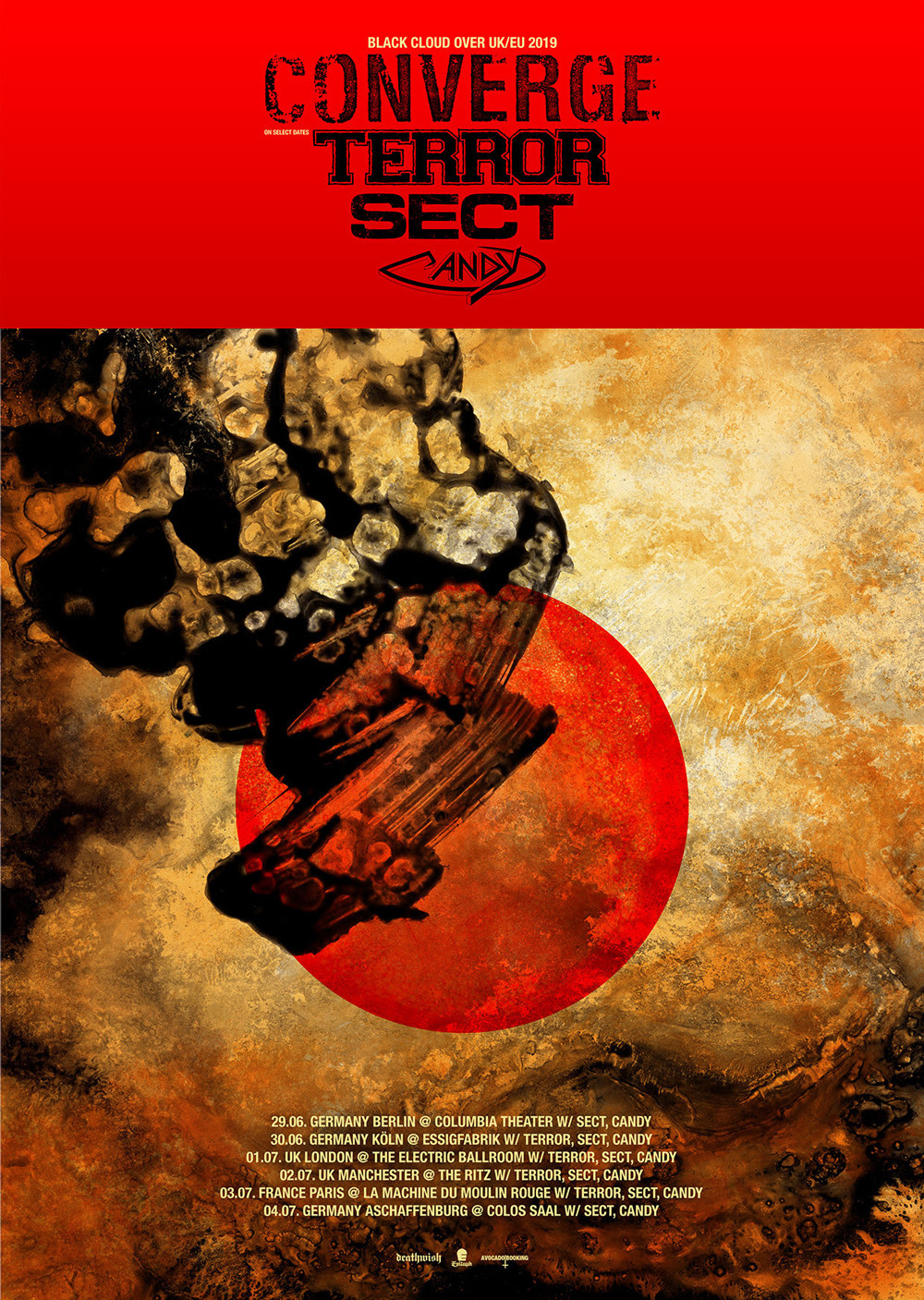 By Robert MiklosMarch 4, 2019 No Comments

The mighty Converge have announced they will be touring Europe in late June and early July. After nearly three decades of activity, they are showing no signs of slowing down in any way. Their latest release Beautiful Ruin features some tunes that didn’t make it to the final cut of The Dusk In Us; the band has also alluded to a new album in the works ever so slightly on social media. I’m pretty sure anyone who will be attending will be in for a great time.

Converge will be sharing the stage with Terror, Sect, and Candy. Terror require no further introduction, being heavyweights in the hardcore scene in their own right. They have released their seventh studio album about half a year ago, and will most likely be playing tunes off of it. Sect are a hardcore five piece from Raleigh, North Carolina, who haven’t been playing for as long, but are definitely up to something considering their presence on this tour. Candy are the youngest of the bunch, having released their debut record just mere months ago. Nevertheless, they are a promising act and fit the line-up snugly. This tour is definitely not something to miss out on – especially for all the hardcore fans among our readership!