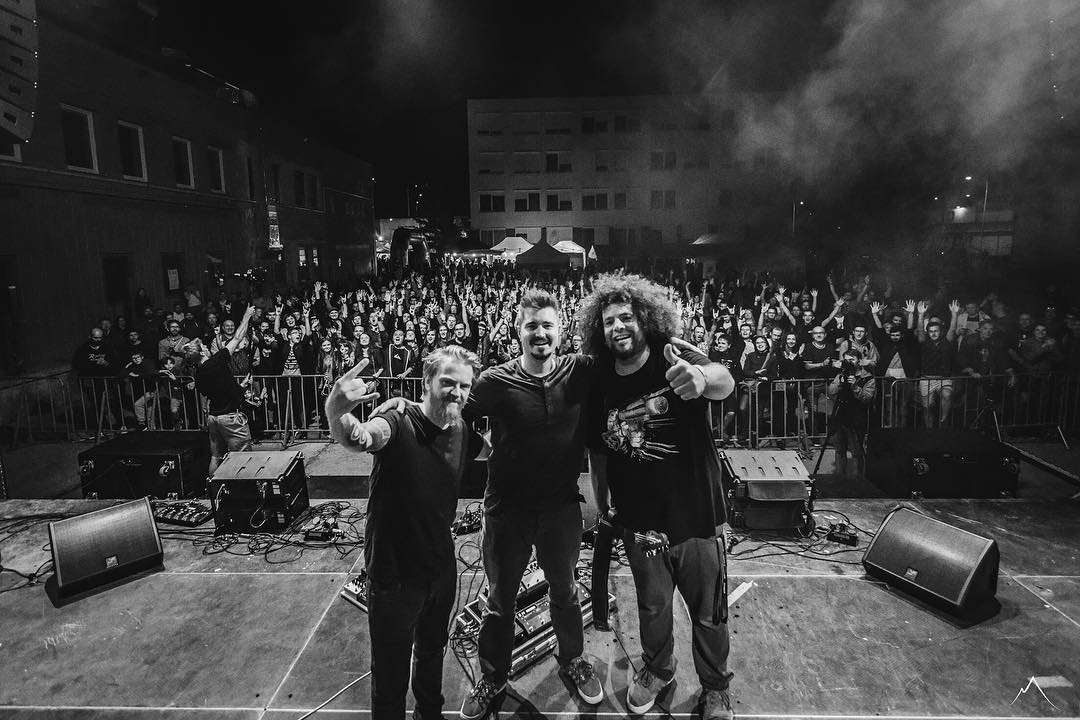 Our third interview at ArcTanGent 2018 was with a band that you should all be familiar with – Toska. Managing to stand out amongst a glut of instrumental bands, the Brighton-based progressive metallers shone bright(on) last year at ArcTanGent, and returned to the Px-3 stage this year to tear the festival a new one. It was the first show in support of their upcoming album Fire In The Silos, which the band are self-releasing on November 2. The record is their debut album, with their critically acclaimed EP Ode To The Author having dropped in 2016.

Much to my surprise, Toska seem to be pretty underground in the scene, despite their style comfortably eclipsing both progressive and math metal. Each instrumentalist of the trio is highly respected though, with all three members pushing out content on their YouTube channels, and I think when Fires In The Silos drops, it will propel the band to new heights.

Last year at ArcTanGent they tore up the main stage first thing, with a huge crowd there to watch them. This year they played later in the day and garnered huge crowds again, this time playing material only off of their new album. You’ll hear more about what the band have planned on the live front in the interview, as well as getting some top tips on gear and of course – the full fat on their upcoming record. Unfortunately, we nearly missed out on any words from drummer Ben Midal due to the early interview slot, but we managed to squeeze a gear question out of him too! Check it out below.

That’s all the interviews done; stayed tuned for the 4th and final piece of ArTanGent coverage – a full festival review! In the meantime, be sure to check out Ode To The Author on Toska‘s Bandcamp – hell, if you like it you could even pre-order Fires In The Silo whilst you’re at it too! Toska, of course, have a Facebook, and it is worth checking out the members personal YouTubes (Rabea / Ben / Dave) for those tips I mentioned earlier too.