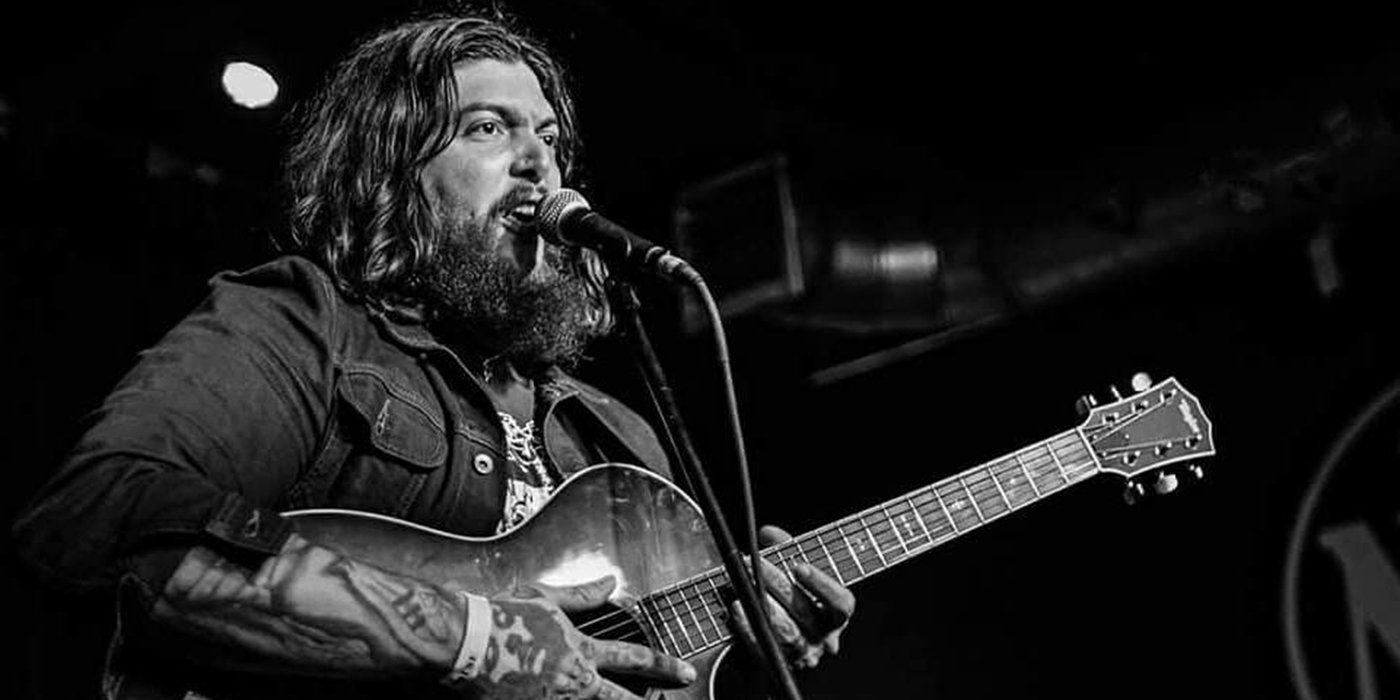 Amigo The Devil – “Everything Is Fine”

Amigo The Devil has created an album that nimbly navigates the macabre and finds heart through hope without losing any volatility.

If you’re unfamiliar with the work of Amigo The Devil, an introduction should be made, or you might think that Danny Kiranos, the mastermind behind this act, is a psychopath. One of the few members of the incredibly narrow genre known as ‘Murderfolk’, the subject matter of many of his songs is grim. With topics ranging from serial killers, to incredibly dysfunctional romance, this is folk music with a distinctly dark edge. However, each time a subject such as this broached, it’s done with irony and a sense of humor, which has its feet firmly planted on a gallows. Let this also serve as a bit of a trigger warning if you’re not comfortable with these topics being expressed in music. Now, let’s do some diving into Everything Is Fine.

Being a fan of Amigo for a few years, I was outright smacked with surprise when I heard the first song from this record.“Cocaine And Abel” is an unmistakably hopeful song that is infused with bits of remorse: ‘I was born impatient / I was born unkind / But I refuse to believe I have to be the same person I was born when I die’. This is a stark contrast to the usual fare, and the fact that it opens the record is an interesting idea. However, in typical fashion, there’s a dark turn here and there as the song progresses: ‘But the blood in the water is the blood of my brother / We both learned it didn’t mean a thing in the end if one was thicker than the other’. The ability to skew emotions so nimbly is what makes the songwriting on this album so special.

It doesn’t take long for the lyrical brightness to dissipate. “If I’m Crazy” and “You’re Perfect Too” redirect the tone of the album to misdirected love and desperation. These songs also revel in the trademark ATD western influences with horns, galloping rhythms, and howling vocals that add an almost cinematic quality. Following these more western-tinged sounds comes the next logical step: country and western. Don’t close the browser though, as this isn’t the generally despicable modern interpretation of the genre. “Preacher Feature” is a classic take on an outlaw country ballad about a wayward minister that would make Waylon Jennings proud. It also maintains the general tone of despair that runs through this album.

After these few tracks, where the music and lyrics seamlessly dovetail, Everything Is Fine careens headlong back into ironic juxtaposition. As I stated earlier, one of the standout skills of ATD is the ability to weave emotions together in unexpected ways. “I Hope Your Husband Dies” is one of the finest examples of this skill. This is a finger-picked folk tune that’s mostly played in bright major chords, but as the title suggests the emotions are anything but wholesome. The humor reaches peak satire with a sing-along chorus that will no doubt be a hit at live shows. Tongue-in-cheek songwriting continues with “Hungover In Jonestown”, which carries a funhouse vibe and playfully murderous lyrics: ‘Life is a joke and death is the punchline’.

Just when the humor is in full swing, Amigo finds a way to be jarring again, by going from playfully sinister to introspective. “The First Day Of The End Of My Life” is a tragic, heartfelt look into a suicidal mind. While this is a topic that requires careful navigation, this is one of the most intimate songs on the record. Taking such a hard look at these thoughts and motivations isn’t for the faint of heart, but I personally found this a brave and inspiring choice.  There are subtle production choices in this song that emphasize the weight of the matter. The last few lines sees the vocals lose all reverb effects and is pushed right up to the front of the mix. It’s a smart choice that spotlights the honesty of the lyrics and their delivery.

As the album wraps up, we get a sense of finality from songs like “The Dreamer” and the closer “Stronger Than Dead”. There are 15 songs in total on Everything Is Fine, with two being brief instrumentals, giving the listener a lot to digest. Stylistically, this album ranges from the cacophonic folk of Tom Waits, to macabre tales of death by Edgar Allan Poe. While there are a lot of disparate elements to be found, they all somehow work together to create a memorable ride through some of the most eccentric folk music that you’re likely to hear.

Amigo The Devil has been on the fringe of the scene for quite some time. I get the feeling that Everything Is Fine will be a bit of a breakout record, as it’s certainly the best one yet. While some acts can dizzy with sonic diversity or massive walls of sound, he manages to have the same effect with clever lyricism and sheer bravery. At this point, there is simply no denying that this is one of the most talented and unique acts in the modern folk scene. While this album is in no way a departure from the established formula, it feels like a marked and intentional shift and progression. The result is one of the best folk albums of the year and a new high point in the Amigo The Devil catalog.