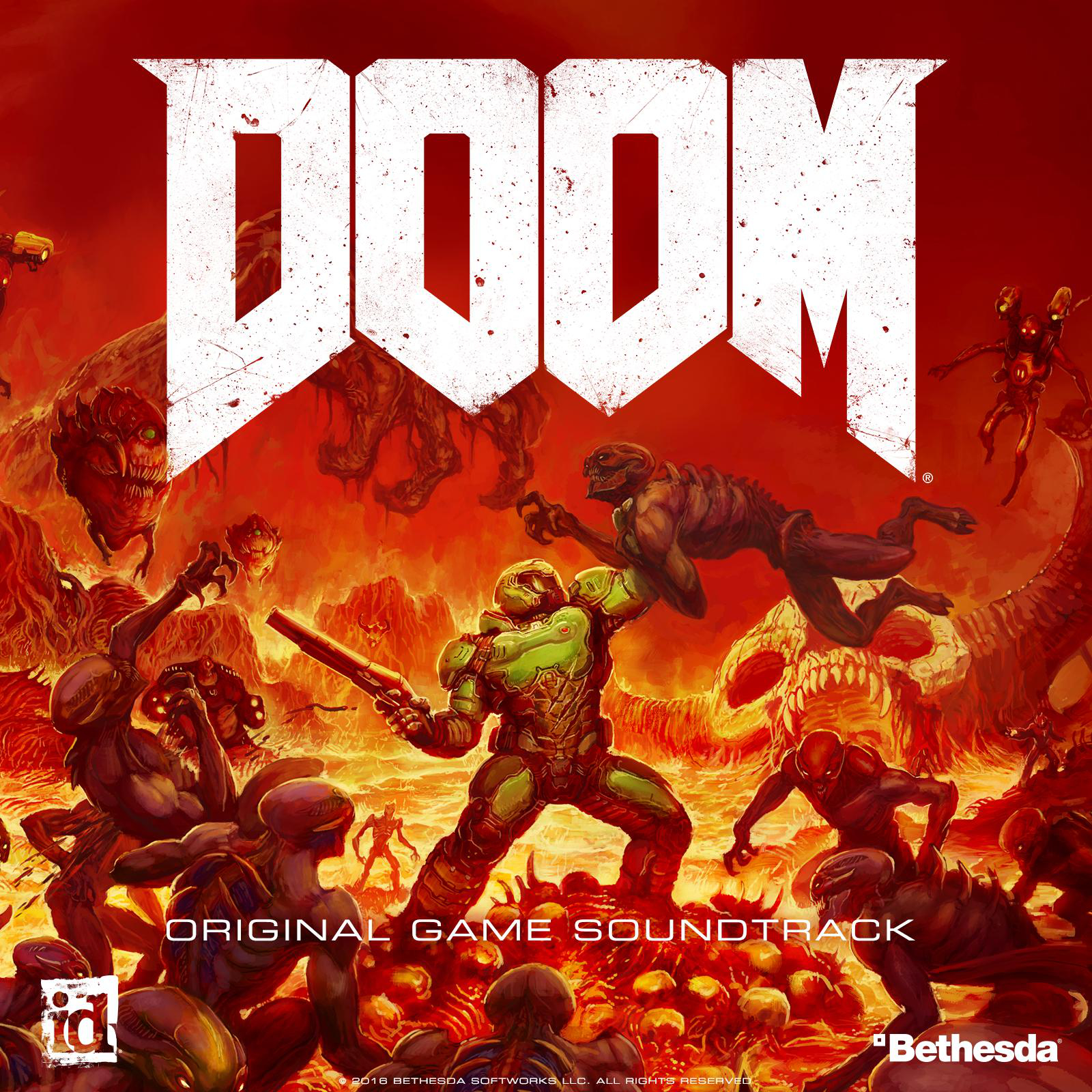 By David RodriguezAugust 21, 2018 No Comments

Welcome to Sound Test! This feature examines exceptional video game music and how it contributes to the presentation, enjoyability, and overall experience of the game it comes from while analyzing the music itself. For the inaugural edition of this feature, we will look into hellish music of the 2016 reboot of DOOM, a first-person shooter developed by id Software for PC, Xbox One and PlayStation 4.

But first, please note that DOOM is a pretty violent game with an ESRB rating of Mature. Some of the videos linked and embedded in this article contain some gameplay from it so, as such, please use discretion when clicking play.

For nearly everyone that played it, myself included, the 2016 reboot of DOOM was one of the top games of that year and one of the best first-person shooters in recent history. The single-player campaign was smartly executed, a return to form, and everything it needed to be in an era of multiplayer-focused shooters (no offense intended; I like Overwatch, too). Part of the reason that it was as good as it was is because of the soundtrack, which wasn’t just music tacked into the background of the action, but felt like a genuine part of the experience itself.

DOOM, as both a series and the original 1993 PC game itself, is a monolith in video game history. The games have you combating demons on a derelict base on Mars, in hell, and, eventually, on Earth itself with numerous weapons, solving light puzzles to progress, and fighting larger-than-life bosses. A reboot of a video game as beloved and cherished as this is probably one of the most daunting projects a game developer could ever work on, right? Perhaps that’s what composer Mick Gordon was thinking when he was sent a project brief for the music component of DOOM.

Gordon and the rest of the music team used chiefly synths for the beginning of development as a result. He soon realized that something was missing from the feel of the music. Synths are multifaceted and as diverse as you’re able to make them, but they can’t replace the visceral edge a guitar can often easily provide. He surveyed the dev team to see if he could put ‘five percent guitar‘ in the music. Gradually, and carefully, more and more guitar seeped into the mix, and the sound was coming together:

‘It was cool, though, because we arrived at those metal-type sounds from a different direction. So we didn’t set that as the initial style, we didn’t say, ‘let’s make a metal soundtrack’. We went synths and kickdrums, and then we ended up working in metal elements. I feel like that’s what gave DOOM its identity in a way, it wasn’t just a straight ‘90s thrash tribute thing.‘

A game like this is only made better with a heavy, fast, adrenaline injection of a soundtrack and that’s just what you get here, with some nice ambiance thrown in when appropriate. Part of the genius of this music is how it makes the player the conductor. DOOM has very reactive music that goes beyond switching music tracks during gameplay at certain predetermined moments. This is called adaptive, or dynamic, music. The first game to use adaptive music in a basic form was Konami‘s 1981 arcade game Frogger. It has since taken on many forms in other games to give video games an immersive edge by using sound to grip players.

For DOOM, song sections were parsed out into much smaller parts so as to make it easy for the game’s code to select the correct music tracks that reflects the action on-screen. As such, it’s nearly impossible to hear a song played the exact same way twice even if you replay the same section of the game over and over. It’s a level of player interactivity usually only reserved for rhythm and music games where that’s the entire point. Just as the game’s scale grows the longer you play it – bigger enemies, bigger guns, and bigger arenas – so does the scale of the music.

So how does the music actually sound? Well, like hell and space, the series’ most familiar settings! As I touched on briefly before, there’s a lot of adrenaline-soaked bangers here when the games calls for it, but also a lot of spacey and ominous ambiance as well. Bass thumps like a punch to the head. Synths pulse and warp in the mix, able to creep up on you like a sneaky imp or body slam you like a charging pinky. Drums hammer out snappy and fierce rhythms that can only be described as visceral and violent. The guitars are appropriately buzzy, sounding just as mean as the in-game chainsaw when revved up. The guitar tone is generally thick and has progressively heavy qualities that would make Fredrik Thordendal do a double take (look no further than “Rip & Tear” for an example). There’s even little references to DOOM songs of the past in here, which act as neat easter eggs to those with a really keen ear.

The ambiance found in songs like “Authorization; Olivia Pierce” is dark and suspenseful, like an interlude from a really good, cinematic synthwave album. A slowly rising synth burns through your ears like superheated plasma getting louder and louder as it’s backed up by a simple rhythm provided by another synth line. A fitting mood of the unknown and an uneasy, ominous feeling radiate from the short track. “Dr. Samuel Hayden” is appropriately glitchy with synths ebbing, flowing, and humming. A smooth beep pokes through the synths for a lot of the track and captures the heart of a machine, which is fitting given that the character Dr. Hayden is seen as a sophisticated robot with an implanted human brain in DOOM.

The crowning jewel of the game’s soundtrack, almost a single if you will, is “BFG Division”. It’s one of the most impressively aggressive, haunting, and empowering tracks in the entire game. There’s even a sort-of playthrough video of it provided by Gordon himself, and while his guitar playing won’t knock any axe aficionados on their asses, it’s the vibe that’s important. The track stops and goes at key moments to really make it breathe and bring some great dynamics forward. Imagine, if you will, being relentlessly pursued through the corridors of a Martian research facility by hell knights, imps, and cacodemons. Walls coated in blood, racking up glory kill after glory kill, hell’s demons swipe and shoot fire at you as you circle strafe out of danger. And then this song comes on? It’s over. Your hair stands up, you feel the blood flow to your fingers, and your heart rate heightens. The mark of a good soundtrack informing an action-packed experience.

Blending elements of industrial, electronic, synthwave, metal, and dark ambient music allowed DOOM‘s soundtrack to become a shapeshifting demon in its own right. It’s versatile and incorporated in such a way that it truly becomes part of the experience when playing the game. If you needed any more persuading that this isn’t your average video game soundtrack, look no further than Gordon performing a short medley from it on live national television for the 2016 Game Awards where the game took home the award for Best Music and Sound Design. Gordon performed guitar and was joined by Periphery‘s Matt Halpern on drums, and Sonic Mayhem on keys and synths!

During a session at the 2017 Game Developers Conference devoted to the game’s music, Gordon offered a look behind the scenes into the composing of DOOM‘s music and how it was approached both technically and philosophically. He explains it a lot better than I ever could, so I highly recommend taking a look at it on YouTube if you have an hour to kill and enjoy the process of music making.

A sequel called DOOM Eternal is in the works and it’s pretty evident that Gordon and much of the other sound team are returning for it. The first official gameplay reveal took place very recently at QuakeCon 2018 and there’s a good amount of music to dig through during the impressive demo. A moment of the second gameplay segment in particular sounds like industrial metal horror the likes of Anaal Nathrakh would forge. I can’t wait to see, and hear, more of the sequel!

You can learn more about DOOM and its sequel by following its page on Facebook or checking out its official site. Be sure to check out Mick Gordon himself on Facebook as he continues to compose for other games including the critically acclaimed and recently released Prey reboot and Wolfenstein II: The New Colossus!