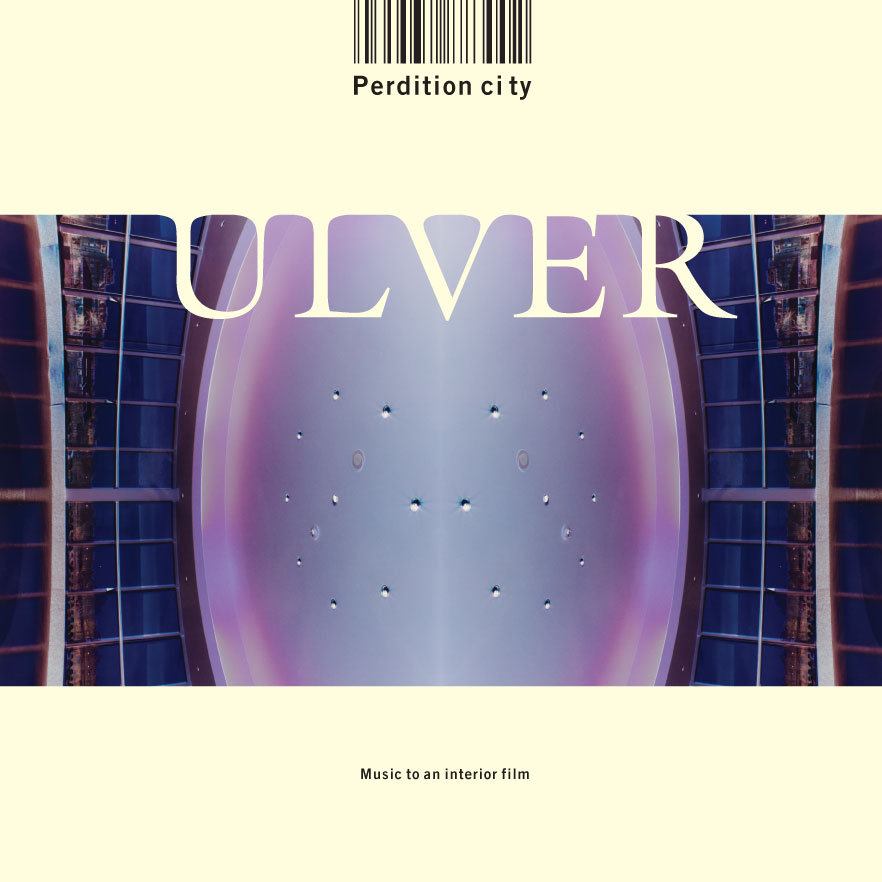 It’d be a vast understatement to call Norwegian experimentalists Ulver a shape-shifting musical enigma; over the course of their carreer (excluding their early black metal trilogy), their trajectory as a band was never once predictable. 2000’s Perdition City saw them delve deeper into the electronic sounds they had been exploring on previous EPs, but to a degree and with a panache that nobody would’ve anticipated, infusing ambient trip hop with somber jazz elements to overwhelming effect.

In a mere five days, this masterful album will turn 20 years old – high time to give it more of the praise it deserves! Find out what Everything Is Noise members Jake and Ashley have to say about Perdition City and its creators below.

Perdition City destroys me emotionally every time I hear it. I mean that in a positive way. I can’t shake off the intense tear-drenched triumph I feel every time I hear those final 20 or so seconds of “Lost in Moments”, which is ushered in by the quiet words ‘Ready? One… two…’

By the way, is that ‘Ready? One… two…’ aimed at me, the listener? Is it me who is being coaxed into the beautiful climax of this song? Am I a character inhabiting the world of Perdition City? I know it sounds wild, but blame the record, not me! Its connectivity really is that damn potent.

20 years after its release, it’s easy to attribute Ulver to the sounds of extravagant and often minimalist electronic music. During the end of the 90s, however, this wasn’t the case. Back then, the brooding Norwiegian musicians had cut their teeth with three decidedly abrasive black metal albums. Next came 1998’s Themes from William Blake’s The Marriage of Heaven and Hell, and the Metamorphosis EP of 1999. Both served as a full-blown antithesis to the wall-of-noise rasps of Ulver’s earlier purist and comparatively genre-safe releases. Ulver were no longer anything like Ulver. That much was certain, but it was also just the beginning of a transition which came to fruition one year later.

It’s hard to describe 2000’s Perdition City – Music to an Interior Film, without using big magical words, and going mildly AWOL about its emotional content. Despite setting the course for the next twenty years of Ulver‘s sound, there really is nothing like it in their timeline. Part album and part soundtrack, the record has distinct storytelling vibes. The music weaves a tale of sinister film noir escapades, and stops along the way at some edgy pits of ambience and groove. The whole thing operates firmly sideways off of the standard conventions of album structuring. If you try and skip through certain tracks on this record, then you’ve screwed up listening to it. This is the city where songs merge together, your brain gets lost, the sounds drift, collide and explode. You think you’ve gotten to grips with the album’s identity then your perceptions wander astray once more…

I already mentioned “Lost in Moments”, and you can bet that my connection with “Porn Piece or Scars of Cold Kisses”, “The Future Sound of Music” and the gorgeous conclusion of “Nowhere/Catastrophe” is equally as profound. My eternal gratitude goes out to the band for their celestial composition, and to Kristoffer Rygg for his angelic voice. Perdition City will forever be a fraction or so beyond my comprehension, and in equal measure it will always be one of my most treasured interactions with music. I’m not like Ulver. I’m a mere human of flesh and bone, and therefore still getting to grips with this album. In fact, I think it’s time to listen to it again from the beginning. ‘Ready? One… two…’

One of the best things about being in near-constant communication with all of the music nerds at Everything Is Noise is the sheer amount of bands and artists that one can learn about. Ulver is one such band for me – before I joined this site nearly three years ago, I had somehow missed the awesome force of nature which is Ulver. Once I did jump into their library, I mostly stuck with records from the most recent decade, so when the opportunity arose to jump all the way back to the turn of the millennium with this Perdition City ASIR, I jumped on the opportunity.

After a few trips through the record, I found myself enamored by just how of the times it was, yet still indelibly Ulver it was. “Lost in Moments” carries that urban jazz vibe that they do so well with sparse vocals, piano, and saxophone, it’s a microcosm of Perdition City and the Ulver experience as a whole. As the album unfolds, with most tracks sitting around the seven minute runtime, each segment of the record feels like a complete thought in a larger mosaic. The ominous beats of “Hallways of Always” contrast with the experimental and forward-thinking “Tomorrow Never Knows”. While each mood is different, the tools that are employed remain the same, and each moment dovetails into the next with ease.

The final third of Perdition City kicks off with the eerie “We Are the Dead”, a noise-driven dirge that feels heavily influenced by the now-classic track by Godspeed You! Black Emperor, “Dead Flag Blues”. It’s ghostly themes are a self-fulfilling prophecy when the next song begins. “Dead City Centres” leads off with several minutes of ambient noise, static, and flickers of hope that slowly escalate until the full-on jazz number starts. With Rod Sterling-esque narration explaining the plight of the listener and the danger they are entering, things peak in a cacophonous crescendo that quickly dissipates, until all that is left is static. This was perhaps my favorite journey on Perdition City. Sure, the narration is a bit cheesy and on the nose, but the theatrics mixed with the skillfully concocted elixir of noisy, electronic jazz is something really gets me.

Ulver have managed to be a force of nature for decades now, and this record shows why. The skillful use of noise, jazz, electronics, and a cohesive-yet-implied narrative make every moment of Perdition City an engaging listen. There’s no doubt that Ulver have shifted their sound this way and that as the years have passed, but this album sees them being playfully creative and experimenting with a variety of techniques that no doubt laid the foundation for what came after. Even though I arrived late, I’m glad I took the time to explore Perdition City. If you’ve passed it without taking some of its boulevards and backstreets, I encourage to divert sooner than later.

What are your thoughts on/experiences with Perdition City? Are you a fan of Ulver, and if so, what’s your favorite album of theirs? Do you have any records you’d like to recommend for inclusion in A Scene In Retrospect? Leave it all in the comments if you feel like sharing!