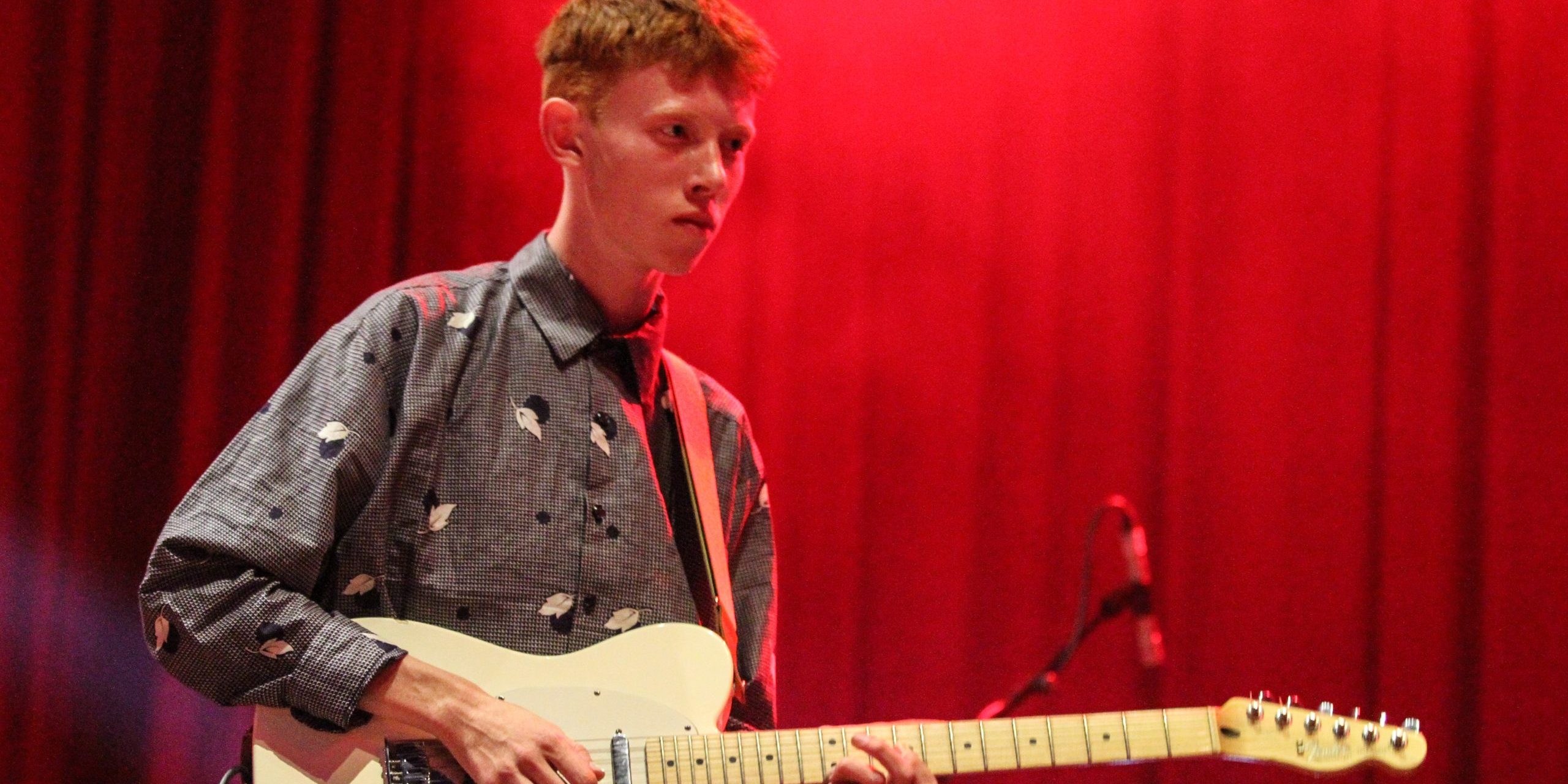 Man Alive! is a gentle consideration of atmosphere as music and metaphor. The overwhelming feeling of a late night bus ride – woozy quiet punctured by bursts of rage or sorrow, underlaid with the muttered observations of surrounding strangers. King Krule offers the intimacy of a shared space, an overheard phone call.

King Krule is an enigmatic artist – he often seems distracted by his own sounds, following echoing riffs into deeper and darker alleyways. In Man Alive! – a collection of songs that aren’t afraid to pause and linger over a beautiful set of textures – these digressions serve a refreshing honesty. Four albums, six monikers, and innumerable EPs into his career, Archy Marshall has created a world of odd, patient music, but here he abandons conventions of song in favor of textural exploration. It’s the kind of detour that might be aggravating if it didn’t feel so completely honest. King Krule‘s previous work has often leaned into his charismatic confidence – here he sounds vulnerable and worn down.

The lyrics reflect that too – a narrator mixing metaphors and references freely in pursuit of some kind of deeper self-understanding. A particularly apt through-line is the lyric, ‘TV in my head’ – a perfect microcosm of the album. It’s a repeated concept that feels as true lyrically as it does musically. The fuzzy, distracted feeling of returning to a familiar, passive zone-out perfectly mirrors the self-deprecating admission in “Theme for the Cross”: ‘Sometimes I watch the TV in my head’. The image isn’t always exact – sometimes it’s a voice, a TV in hand, illness, or a dream talking to the narrator, but each functions as a distraction that provides easy comfort.

It isn’t surprising to find our narrator unreliable. References to self-medication abound, and the last desperate prayer for an easy answer (“Please Complete Thee”) is betrayed by its own apathetic, co-dependent drowsiness. In “Stoned Again”, the desperation becomes palpable through the progression of vocal affect, from an angry grumbling to a wretched, throaty scream. The saxophone often provides a gentle gauzy texture; in “Stoned Again”, it drives the vocals to a frenzied chaos.

“(Don’t Let The Dragon) Draag On” takes its name from an episode of Adventure Time called “Davey“. In the episode, the hero Finn the Human creates a disguise that allows him to live a more normal life. However, he is quickly overwhelmed by this second life, eventually even forgetting his best friends. Marshall describes watching that episode over and over again during a chaotic period of touring, and it’s easy to find the links between the themes of fame and privacy in the lives of Finn the Human and Mitchell, or at least his narrator, who assigns constant numbing tragedy to the TV in his head.

But I’m also interested in the musical connections between this curious album and the existentially chaotic cartoon it references so strikingly. Adventure Time is full of music, mostly built out of almost-random synthesizers and a lo-fi, improvisational liveliness. That wandering, distractible energy is present here too, as King Krule deconstructs his own sounds. “(Don’t Let The Dragon) Draag On” filters depression and tragedy through these odd musical detours in a way that is deeply reminiscent of the way Adventure Time plays with the sound.

As the song concludes, the narrator acknowledges his draw towards fantasy, referencing the escapist 1973 film La Plenète Sauvage, whose humanoid aliens, the Draag, lend the song title its second reference. These double and triple references can be found throughout the album, and they reinforce the psychological walls the narrator maintains. In “Underclass”, he even references his previous album The OOZ: ‘Kept my head up above your intimacy or steadily/Your putrid ooze would swallow me’. The vocal style, most commonly an unmelodic lounge drawl, cocoons the performance in reference. The textures in the music reinforce this as well, with samples of voicemails, sirens, and other songs repeated and mixed into the ever-evolving soundscape. Man Alive! still feels honest, but not in an open book way. King Krule has invited us into his world hesitantly, and the truths we find here are refracted through anhedonia and loss.