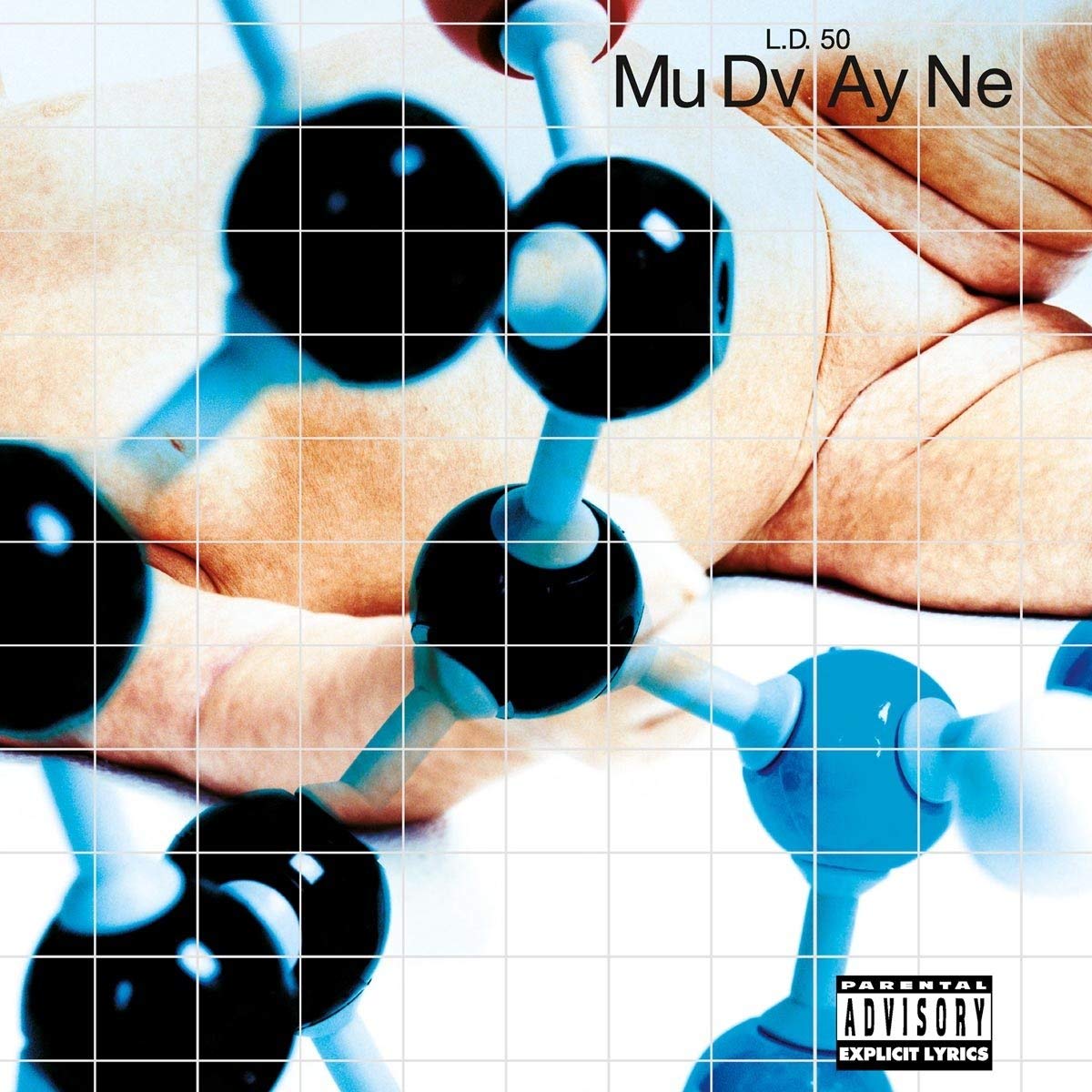 By Dominik BöhmerNovember 10, 2018 No Comments

Nostalgia is a Janus-faced beast of a mistress, dreaded and desired in equal measure. On the one hand, it can benevolently reach out to help the poor, downtrodden souls relive some glory days of a past no longer attainable in the flesh, but on the other it can make them beg on your knees for those days to return again, knowing full well that your wish shall never be fulfilled by the fleeting cruelty of nostalgic remembrance. Through our work on the A Scene In Retrospect feature, we at Everything Is Noise have become intimately familiar with that bittersweet sensation, but this episode is where yours truly has been hit over the head with it the hardest. Hence why I felt the urge to step into the ring alongside staff writers Rodney and Ashley to remember this formative record of my youth: L.D. 50 by Mudvayne.

Day one: Nobody knew about Slipknot. Day two: Slipknot were supernova.

At least that’s how I remember it. And so ensued an untamable tsunami of commercial metal music videos. The majority of bands involved were destined to perish or be despised, but amidst this unwelcomed stomping ground came a song called “Dig” from a band who looked a bit like Slipknot, but weren’t.

They were Mudvayne, and were doing things a little different.

L.D. 50 clearly had the backing of high production values, and it was also clear that they were marching fully to the beat of their own drum. “Dig” was the appetiser, and LD 50 was the pay-off. A monster lurked within that strange-looking CD, a guttural, downtuned onslaught of demonic funk, which sounded like a version of the Red Hot Chilli Peppers forged in the depths of hell, and had a Nine Inch Nails appetite for the sadistic recesses of the human psyche. The whole periodic-table layout of the album artwork insinuated the band’s sideways insight into the scientific unhindrance of human beings. And they took on the subject with pure teeth, animalistic rage, and a remarkable aptitude for heavy music.

It was hard for the average taster of commercial metal to fully digest the snarling vocals, the ear-shaking slap bass, and the kick-drum-driven groove. Its bewildering nature was the instant draw to the uncertain metal newcomer, who didn’t quite know where they could channel the rage wasted on a lot of the heavy music they were exposed to during that era.

Forge your own critique of what Mudvayne did after this album, and drop in the words ‘yeah’ and ‘hell’, if you feel you must. We can push of that into a different conversation. But as a singular entity, L.D. 50 was a crushing, wholly original and beautifully layered record; very hard to swallow in places, but all the better for it.

To this day, I’ll state that “Internal Primates Forever” is one of the most sublimely evil-sounding songs ever written. And yes, I’ve heard Blut Aus Nord. There, I’ve said it.

I still remember buying a bundle consisting of Mudvayne‘s The End Of All Things To Come and The Beginning Of All Things To End. Dumb 14 year-old me expected Mudvayne‘s very first record to feature “Dig“, but it only offered me two remixes. Initially, I watched the video for that song on YouTube and instantly wanted to buy this record. Well, I failed in trying out this bundle, but I also got deeper into Mudvayne, and fell in love with their early work.

It took some time until I got my hands on L.D. 50, so I only had songs like “Dig“ and “Death Blooms“ in my playlist, while missing the coherence of a full album.

If there’s a band from early 2000 that really had a huge influence on me and my musical orientation then it’s Mudvayne! I still don’t get how some people can’t dig their music and call it nu-metal, while connotating it negatively to that trend. For me, Mudvayne were slightly progressive metal with vibes very similar to Tool, great bass playing and energetic vocals. On top there was this aspect of ‘fuck off’ about them, not only in the music but also in the performance of the band, showcasing masks and brutality in a similar way to Slipknot. On top, there’s this trippy aspect in the intro and interludes that make Mudvayne‘s music even more fucked up.

As L.D. 50 shaped a sound that the band made their very own unique style, they still stand out from other nu-metal associates. Their following work The Beginning Of All Things To End also tickled a bit more progressivity that L.D. 50 already showed in nuances. I’m still sad that Mudvayne aren’t active anymore, even though their latest releases never reached their own high level again. On L.D. 50, they were simply impressive. What a heavy, fucked up, and awesome record it is!

Oh, the sweet, delicious teenage angst, how it seeps through my memory of every note played on this record! Mudvayne were one of my favorite bands back in the day, and L.D. 50 my entrance point into their twisted music. I can’t recall exactly when and how I discovered them, but I do remember being instantly floored by their mixture of aggressive alternative metal (call it nu-metal if you must) and elements of funk, jazz, industrial, and prog. My teenage mind was dazzled by the technical prowess on display, while the angsty lyrics and tormented vocal style resonated with me deeply.

Several of the tracks found here had the distinction of being called ‘my jam’ over the years. The obvious choices to talk about would surely be the two main singles “Dig” or “Death Blooms”, but my personal cherry picks are “Cradle” and “Prod”. Especially the latter has some tasty start-stop rhythms and technical frills that would do any math metal band proud hidden beneath the raw, visceral surface.

I’d be remiss not to offer at least a quick shout-out to the band’s bassist Ryan Martinie in this piece. More often than not, it’s his performance that makes the difference within the band’s compositions, his diverse style adding unique flavor to many a section. He’s one of my favorite metal bassist, and I continue to be astounded by his work, inside Mudvayne and out.

To me, L.D. 50 is the pinnacle of the nu-metal era. Nothing that came out of that largely forgettable/borderline laughable trend can even hope to come close to the inherently progressive demonstration of ingenuity, experimentation, and utter madness that is this record. You’re free to disagree with me on this, but L.D. 50 should be lauded as a groundbreaking piece of art even outside its (mass) cultural context. This era of Mudvayne is sorely missed to this day; it’s a shame what this band turned into after their second album.

I’m afraid that this is all we have in store for you today; maybe our recollections took you back to your teenage days for a little while as well. You can leave us your thoughts on this band and album in the comments, if you like.

Be sure to tune back in two weeks from now for another episode of A Scene In Retrospect. We’re getting closer to the end of the year, but this feature still has a couple of great things up its sleeve until 2019, so don’t miss out! Until then, stay safe, and as always…