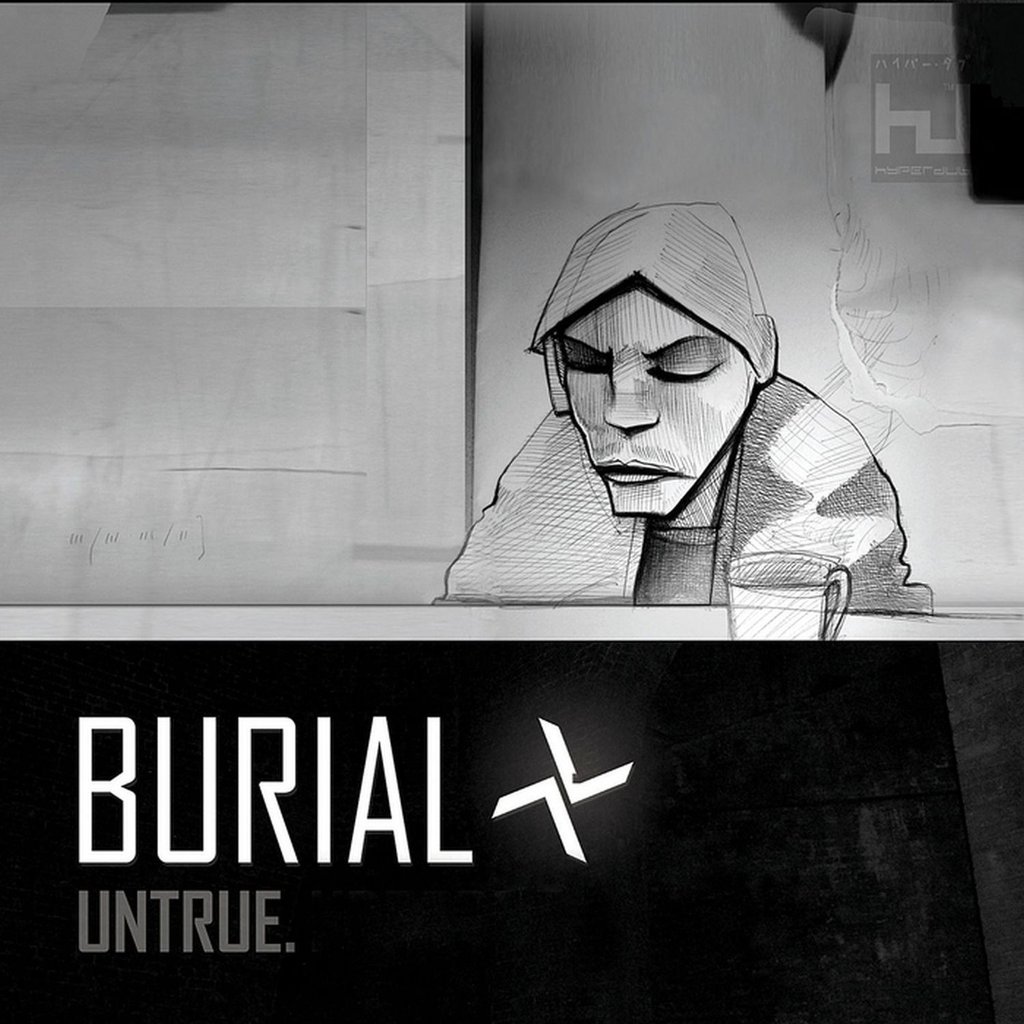 A SCENE IN RETROSPECT: Burial – “Untrue”

By Dominik BöhmerNovember 23, 2019 No Comments

Every genre has a handful of defining milestone records that are invaluable to its history and further development. For electronic music, one of those groundbreaking moments is 2007’s Untrue by enigmatic UK producer Burial; his idiosyncratic approach to ambient, (early) dubstep, and garage has since been woven firmly into the canon of electronica. He’s on par with people like Aphex Twin when it comes to legend status and general innovation within the realms of this wide-ranging musical umbrella.

Today, EIN staff writer Billie shares his personal thoughts on Untrue, which  by his own admission is one of the best electronic albums ever created. To find out why, please peruse his following deliberations.

Electronic music isn’t something I listen to very regularly. For the most part, I have an appreciative relationship with it more than a loving relationship. There aren’t too many albums in the wheelhouse that I am obsessed with, but the handful that have made that impact are some of my favorite albums of all time. Untrue by Burial is one of those, so naturally I jumped right on this opportunity to gush about it.

This episode features just me, and honestly that makes me want to show up on the doorstep of my peers and force all of them to hear this album. Surely that’s the only reason I ended up solo here: because everyone else is just unfamiliar with such a milestone in electronic music. The deep and rich atmospheres on Untrue are always led by incredibly catchy yet simplistic hooks that will keep your head nodding along for nearly an hour. The ambience captured by Burial is magical, and something I don’t experience with much electronic music outside of trance. It’s so easy to zone out to, or I suppose, into.

Burial creates an incredibly diverse soundscape by combining ethereal, haunting synths and distorted vocals with percussion and a production quality that are both a bit more rough around the edges at times. It creates a sound quality that is light enough to feel yourself ease into and get lost in, but has much more to show to keep you enticed. The entire album flows together so well, sometimes I won’t even realize how much time has passed until I realize “Raver” (the closing track) is playing. With a 50-minute runtime, it is kind of shocking sometimes to get so sucked into it.

Untrue is the kind of album that absorbs you and captures all of your attention for a time. The ethereal vocalizations with the rich, deep synth notes on “Ghost Hardware” is something I sink into time and time again. It’s like a sedative, creeping into every nerve of your body. The rigid drum hook is enough to keep you grounded otherwise you might float away to such an entrancing tune.

“Archangel” was the first song on Untrue I heard, and actually the song that familiarized me with Burial. I didn’t listen to any electronic music at all until around 2014, when I moved in with my first roommates. My friend is a big fan of it, and dedicated himself to making me a fan when I told him I didn’t care much for any of it. By the time we moved apart, I was listening to all kinds of new music in a wheelhouse that was previously untouched. I was tentative at first of some of the stuff he showed me, but “Archangel” caught my attention and held it the whole way through. There was something different about the deep, downtempo vibe that hit way differently than anything electronic ever had.

There aren’t many EDM albums I’ve heard that I consider landmark albums everybody should hear. I have a good handful, but they’re few and far between. Untrue is somewhere near the very top of that short list, and is something that I revisit fairly regularly. If I ever have a friend ask me for an electronic recommendation, it’s one of the first things I’d send them. Burial created something really special with Untrue, and it’s definitely a must-listen album in my opinion.

That’s all for today, I’m afraid; thank you very much for your attention! What are your thoughts on/experiences with Untrue and Burial in general? You can leave them in the comments if you feel like sharing! Also, there’s a neat video by our colleagues over at Resident Advisor if you want to learn more about this amazing record and its creation.

Be sure to come back in two weeks for another belated review of a beloved (modern) classic – I can already tell that some of the more underground fans of atmospheric metal among you will love the upcoming episode of A Scene In Retrospect! See you then.