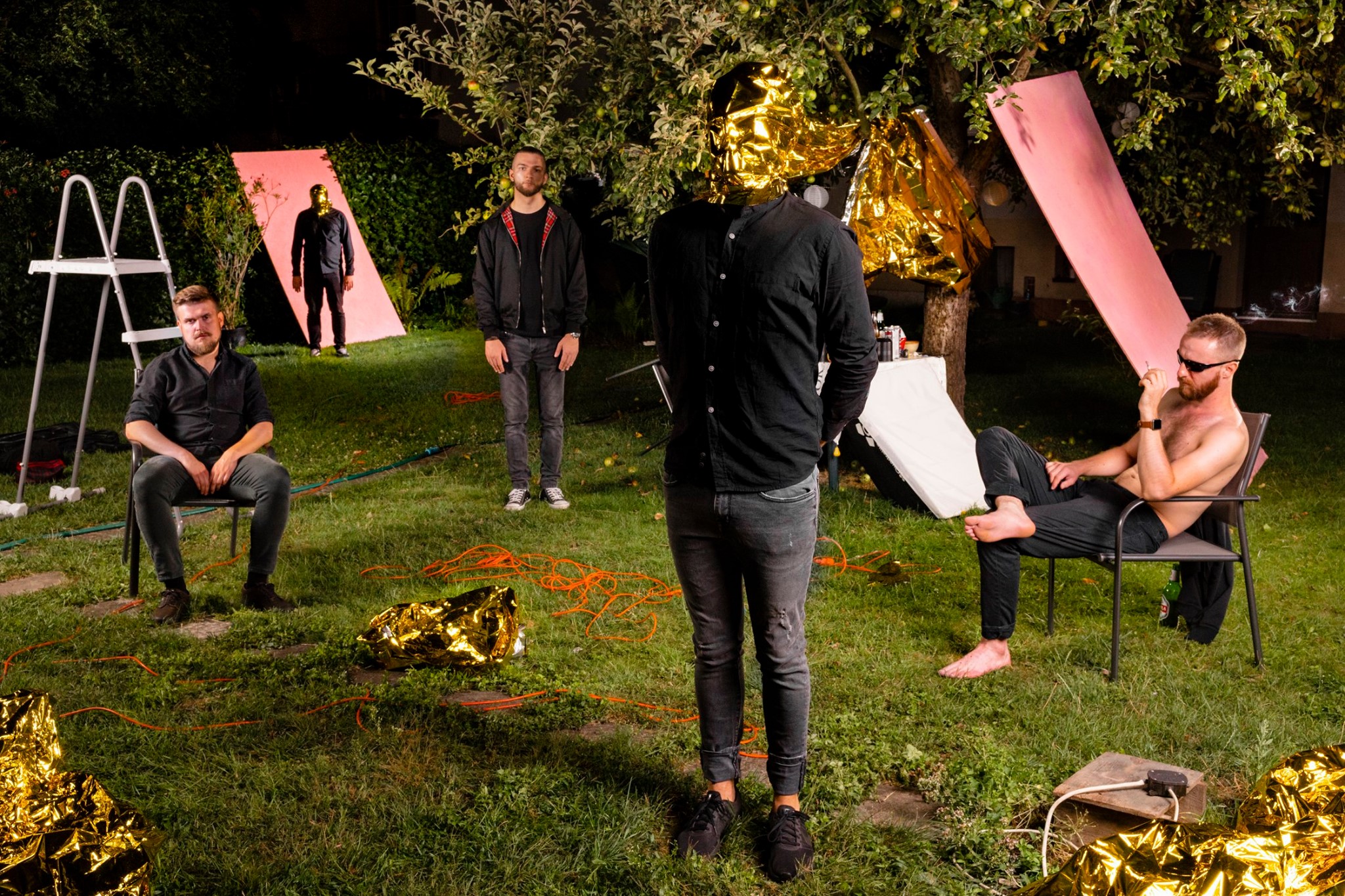 Fleshworld – “The Essence Has Changed, but the Details Remain”

Fleshworld returns more diverse and boundless than ever on their sophomore full-length The Essence Has Changed, but the Details Remain, hitting you straight to the feels and beyond.

I’ve recently developed a somewhat of an irrational fear of missing out. Mainly because this year has been paved with stellar releases by bands that I never crossed paths with, regardless of them being newer or older ones. At the same time, there’s been a plethora of albums that I’ve anticipated greatly, only to be utterly disappointed by them. Canceling those obviously redundant frights of mine, I of course know that if something is good enough, it will find its way to my eardrums eventually. And there is a brighter side to that notion as well; it’s easier to get merrily blown away by something you weren’t aware of, as great expectations saturated with excitement have the tendency to end up unmet and unsatisfied. The newest album from the Polish blackened post-hardcore band Fleshworld is one of those grim and strange, unknown beasts that devoured me whole after its release, unexpectedly and without prior knowledge of their existence.

The Essence Has Changed, but the Details Remain is Fleshworld‘s second full-length and fourth release overall. Closing a gap of four years since their last release, the album’s name is fitting to the overall aesthetic; a lot has changed over the wear of the years, but what’s around this time is still very much the same entity. While I am new to the band, a crash course through their history underlines the fact that what’s around today is more mature, more thoughtfully written and precisely executed, all-in-all superior being when compared to their earlier works. Not meaning to sound harsh, that doesn’t lessen the value of the preceding releases, but goes to show that time tends to work wonders on whatever craft you’re practicing.
Atmosphere defines this particular album greatly. The emotional charge is overwhelming at times, as the abrasive and slightly gritty production emphasizes the songwriting and it’s hurtfully sullen tones. Despite being very hopeless in moods throughout, it still constantly feels like there would be a light at the end of the tunnel, you just never really quite get there. “The Map” kick starts the album with some instantly catchy riffs, topped with haunting leads and vocals inflated with palpable agony. Fleshworld throws their cards to the table right from the beginning, given that some aces are preserved for a later use. Flowing straight into “Out of Context”, the starting pair is enough to get the listener hooked. As the second track amps up the tension and instrumentation tremendously, it provides a lot to hold on to. Containing more of that black metal element even though staying in the hardcore side of things, “Out of Context” is like a continuous breakdown, like an immense high, that doesn’t drop until the song comes to an end.
The following tracks, “The Essence Has Changed” and “An Ontologist’s Nightmare” pretty much continue the same scheme, but feel out a wider territory, expanding Fleshworld‘s sound from both ends. It’s interesting that while the former and its titular counterpart “The Details Remain” mostly reside on downright post-metal area, and the one in between is more of a crust/downbeat piece, the outcome somehow is still consistently coherent. Picking that particular aspect a bit, all the tracks seem to have their own traits, tied together by details and production, making everything uniform. The fact that this album also lacks that sort of midway, keeps it interesting and fascinating even, for its entire duration.
The last pair is very heavy on the heart. “75°05’59″S 123°19’56″E” is an ominous, wavering track that takes its time to properly unfold. The mentioned tension plays a huge part on the album, and is especially prevalent here. The rhythmical accents drive the piece onward as the guitar- and basswork weave a colourful texture that sets this particular track apart from the rest as perhaps the most intriguing one of the bunch. Ending with the longest and surprisingly lively-paced piece “Currents and Tides”, the band brings this exhilarating journey of an album to a suitable close. Being mostly reminiscent of the opening tracks, it’s easy to picture the whole album as circular, ending where it started but having picked up a ton of character on the way. The monumental, final moments followed by mesmerizing, droning feedback, and sparse vocals create yet again a fresh climate, making up for an adequate conclusion.

All in all, The Essence Has Changed, but the Details Remain is a complex, surprising, and extremely compelling album that has a lot to give. Fleshworld utilize a set of familiar tools in order to create something rather unusual in their own way, developing an album that can’t be recommended for the faint of heart, as the emotional punch it packs can be too much to bear for some. The band spotlights their own vulnerability in a refreshing way that the listener can profoundly identify with. While the step they took between albums is more of a lengthy leap, if you liked anything they cherished you with in the past, you will definitely find yourself obsessing over this endlessly.