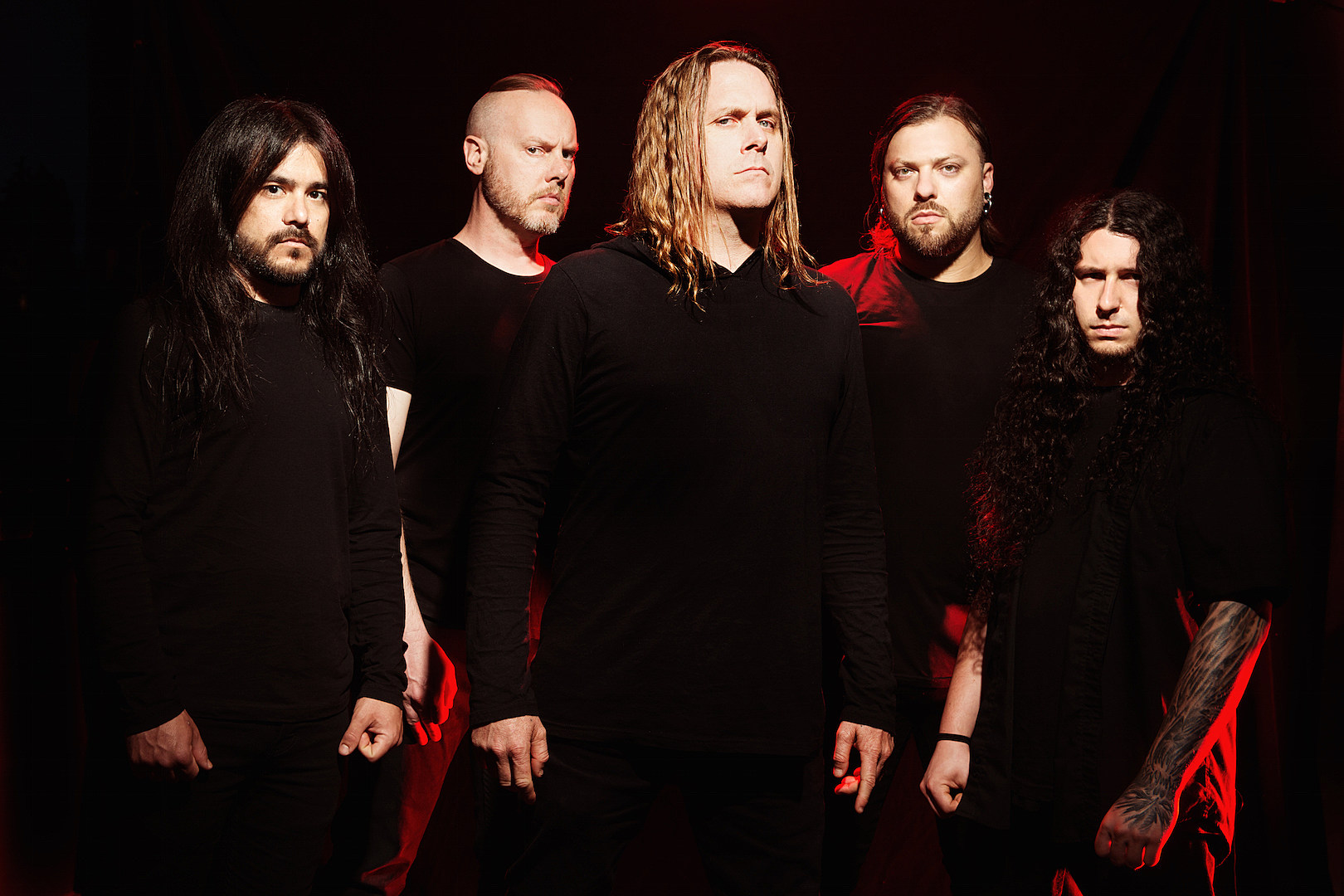 By Jake WaltersNovember 25, 2019 No Comments

Death Atlas is a massive, sprawling, theatrical metal record on which Cattle Decapitation find themselves at their most creative and imaginative. This is the new high point in their catalog, and the defining moment of metal in 2019.

Well, here we go. Writing about a massively anticipated album from a unilaterally adored band can be tough, at least for me. The fear that I am I getting caught up in the euphoric waves of collective hype and that energy clouding my true feelings is always a point of concern. At a certain point, however, I just have to shake that off and absorb the music to  see where the journey takes me. To say that Death Atlas has a lot to live up to is a bit of an understatement, as Cattle Decapitation prove that they are one of the most consistently creative bands working today with each new album; while they all have their own distinct tone, are all pretty damn great in their own right. From a technical standpoint, we know that this band are damn near peerless as well, from Travis Ryan’s multi-pronged demon-throated vocals, David McGraw’s frenetic drumming, and the colossal riffs provided by Josh Elmore. It’s easy to get caught up by all of these aspects and stand in awe of how well everything is executed, but Death Atlas is so much more than these parts, with the sum being exponentially greater and much more important.

Metal, especially this version of it, is always best when the focus is on the atmosphere and the feelings that this atmosphere produces. Cattle Decap have a very clear thematic throughline that underpins their music, and this loose creative framework really allows them to maximize the effect of all of the technical mastery that gets layered on top. Opening track “Anthropogenic: End Transmission” is a sub-three minute affair that establishes the apocalyptic nature of Death Atlas in a big way. Multilingual news reports, thudding industrial beats, and foreboding piano ring out, until the foreboding gives way to bludgeoning. “Finish Them” is a shotgun blast that feels like classic Decap in many ways, with squeals, riffs, and regurgitative vocals that sound like a demon pig forcibly losing its last meal. If you like your death metal goopy and dripping with hellswamp excrement, this is the song for you.

The first standout track for me is “Time’s Cruel Curtain”. This is not to say that the first few aren’t excellent – in fact, I’ll just say it right now: there’s not a skipper on this record. But what elevates this album are the palpable melancholy, insanely intricate structure, and most importantly, the atmosphere. This is the first song that showcases Ryan’s more melodic vocals in a profound manner on Death Atlas. The song shifts through multiple gears with all sorts of timing changes and vocal shifts, but when it arrives at its midpoint, things begin to soar. The second half features some excellent bass riffs and impressive fretboard gymnastics by Oliver Pinard. And as it fades into “The Unerasable Past”, the mood stays morose, yet allows the pacing to breathe with more doom and gloom being provided by recitations of mass extinction at the hands of humanity’s inadequacy.

Now comes the hard part: the title track. I have listened to it over and over again, and I can’t shake the idea that this is the best death metal track of 2019. Yes, it’s over nine minutes long, and let’s be honest, that’s not in the sweetly digestible timespan where I like my death metal tracks. But I’ll be goddamned if this isn’t the most ambitious song they’ve written, and the most affecting point of the album as a whole. This sprawling number is progressive, moody, beautiful, gut-wrenching, and yes, heavy. There’s something about watching the world burn that is attractive, intoxicating, and invasive. The song captures that feeling and protrudes to assaulting dimensions, leaving its mark on anyone who’ll stand and listen. There’s no way to accurately describe how good this song is on (digital) paper, you just have to listen to it. Laure Le Prunenec’s vocal presence only sweetens the song and makes it all the more haunting as it comes to a close. It’s a masterpiece.

Some may feel wrung out by this point on the album, but guess what: we’re not even halfway through. In some cases, an album of this length is too much. With the diversity that is on offer by Death Atlas, however, I never found myself bored but rather enamoured at every turn, anxiously awaiting what inhuman timbres Ryan could unearth from his vocal folds. “The Geocide” and “Vulturous” both find ways to wow me still with how many hats Cattle Decap can wear and how many vocal plates Ryan can keep spinning. With so many riffs, solos, blast beats, and oppressive themes, this band manages to do something that few others could do: make it fun. Sure, the message of staunch veganism and militant disdain of humanity’s treatment of the planet are worthwhile, but listening to this record isn’t going to put you in a foul mood at all. This is highly evident in one of my favorite tracks, “Bring Back The Plague”. The title on its own is a little funny – the simplicity of the riffs matched with Ryan’s inhuman ability to roll his R’s while ‘tunnel-throating’ is something that just brings a smile to my face.

Sometimes the hype is correct. In the case of Death Atlas, I think there’s precious little that will dissuade me from calling this my personal favorite metal record of 2019. And I know you already know that it has been quite the year for metal. Rare is it when a band can find the exact intersection of (relative) accessibility and revelatory imagination that makes me want to lean in for more while also enjoying the tension and risk of daring to get any closer. With a host of instant and future classic songs, Death Atlas is my personal favorite Cattle Decapitation album to date. With this record they have defined themselves more fully while still expanding in every direction. It’s deeper, wider, and more catastrophic than any that came before it.