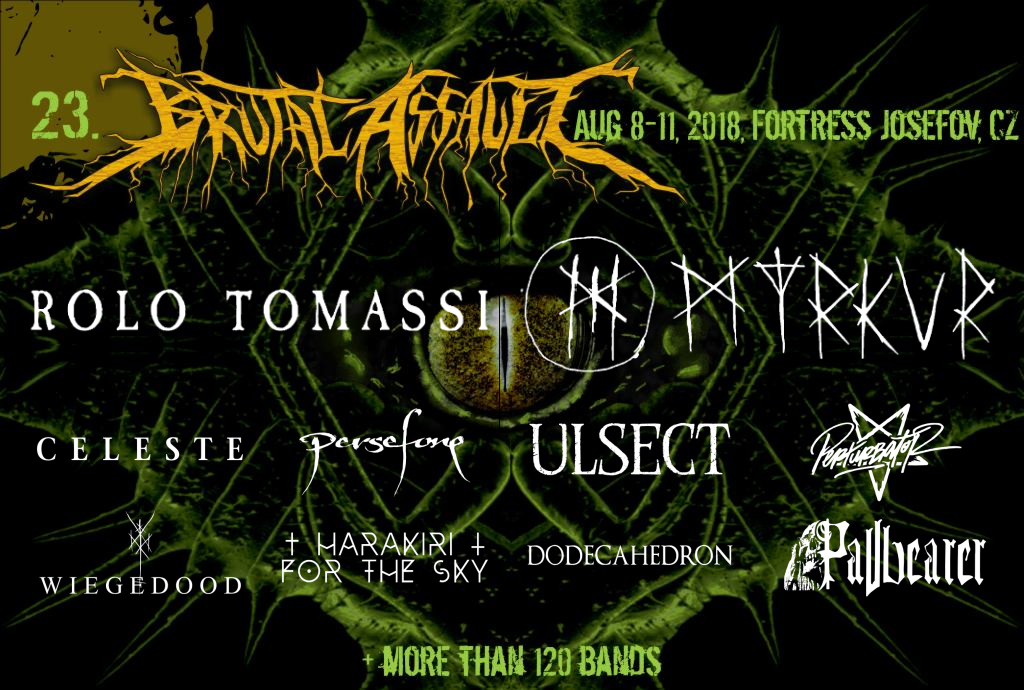 In this preview, I’m gonna tell you about ten bands you really don’t want to miss in this year’s Brutal Assault lineup. The festival in Jaromer, Czech Republic will happen from August 8-11 and totally is worth your attention!

It smells like AOTY. Love Will Die And Time Will Bury It might be the best piece of music that Rolo Tomassi have ever done. They combine chaotic mathcore with dreamy and mesmerizing clean passages, electronics and an overall stunning performance by their singer. It’s been a long time since I’ve seen them live, but I’m pretty sure that this is getting wild!

Another female fronted band that stands out with stunning vocals. I would consider Myrkur art instead of music. The overall setting in between of pure and raw black metal mixed up with pagan and folkloristic elements are selling this one to me.

These people are not only one of the most lovely ones we ever interviewed at It Djents. Persefone are also great musicians and deliver some high quality prog metal. Aathma ended up in our AOTY list of 2017 for a very good reason. Don’t miss these guys, it’s pure joy watching them on stage!

The Belgium black metal outfit consists of members of Amenra and Oathbreaker. Indeed it sounds way harsher and heavier. Wiegedood are the perfect example that black metal without satanism works out perfectly. Their trilogy De Doden Hebben Het Goed was just completed this year and make them an interesting act to watch!

Harakiri For The Sky

Are you into post black metal? There’s no chance you could miss Harakiri For The Sky. Their atmospheric and ambient sound fulfills with a lot of blast beats and emotional screams. Their newest record Arson came out this year and follows the greatness of the band’s earlier releases.

When releasing their debut album in 2017, Ulsect found their way in our hearts. Modern death metal, paired with great atmospheric drumming, heavy riffs and an overall convincing sound. One of the most exciting death metal bands to date!

There’s been a hype around synth- and darkwave the last years. Hailing from a black metal background, Perturbator is coming to party! His music literally feels like being in Knight Rider. Hopefully he’s getting a late spot on the billing!

Celeste from France play an intriguing mixture of post black metal, hardcore and sludge. While focusing on their very raw sound the band delivers some dark tunes. A perfect way to end a festival’s night in my opinion.

Similar to Ulsect, Dodecahedron also feature a lot of atmospheric drumming. That’s because it’s the same drummer in both bands. This one’s even darker, more dissonant and nastier than Ulsect, but also maybe because of Jesper on drums is an outstanding experience!

Last but not least, Pallbearer will grace your ears with some keen doom metal that sometimes drifts into post metal spheres as well. Fans of heavy old school rock’n’roll will also love the vibe of their music.