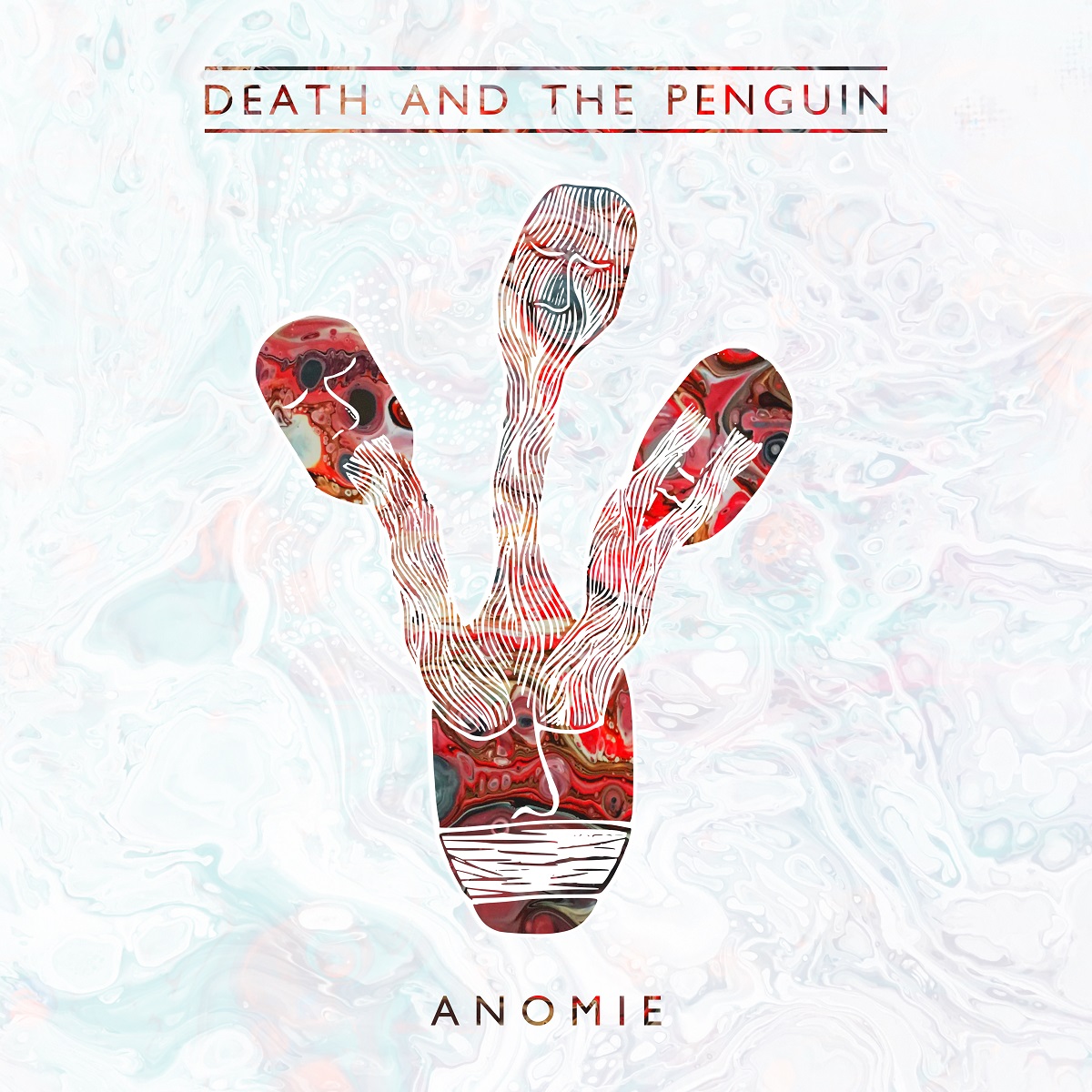 Death and the Penguin – “Anomie”

Death and the Penguin reach into avant-garde rock’s broad bag of tricks to give us a dynamic, emotive, and energetic debut album with Anomie.

It feels like a requirement for me to indulge Death and the Penguin, a band that can be categorized as progressive/avant-garde rock. I love penguins and I love weird rock, so here I am. They take their name from a surrealist novel written by Ukranian author Andrey Kurkov, so immediately the weirdness is felt and appreciated. And the music? To put it lightly, I am pleasantly surprised by what I’ve heard here. The London quartet describe themselves as ‘off-kilter’ and there are most definitely moments where you get what it says on the tin, like a more reserved math rock band. Anomie, the band’s debut album, is a lighter rock affair that’s well disciplined in many different approaches to the genre.

One of rock’s many tenants, no matter the approach, is the hook or chorus. Anomie has a deft appreciation for them, making songs infectious and quite singable. From the gang vocals on “Space 1998” to the harmonized, low chants of “Abyssinia”, there’s a lot to hum along to. Instrumentation has a melodic focus which lends itself to the inherent catchiness of the tracks. “Colour in Me” has a stripped back feel to it which lets the bold and energetic vocals take hold from the start.

Other times, you get tracks like “The Calving Shuffle” that deviate ever so slightly from the formula. This song in particular has an anxious tone and, indeed, an off-kilter rhythm that’s as much a hook as the chorus’ well-enunciated lyrics, ‘A ghost, a myth, a fable/From now on/I’m calling it an old-school lie/From now on‘. The progression of “Misha Lives” is nice. It grips a somber mood throughout with emotive vocals, but a noisy and glitched-out guitar lead coupled with a spirited vocal performance for the chorus later on creates a nice ebb-and-flow of tone.

A good amount of Anomie is content with taking its time and using its indoor voice. To this point, about half of the album’s tracks have the makings of songs performed for intimate club performances. “Driftwood (God Loves a Bird of Prey)”, short enough to be a mere interlude, is all acoustic guitars and poetic singing. These moments really show the album’s warmth. It makes for a good character foil for the next track in the listing, the more upbeat “Strange Times”.

This track and “Space 1998” are borrowed from the band’s debut EP Accidents Happen. While recycling songs is usually a firm no-no for me on albums, I can’t help but notice some extra polish went into these renditions. Plus, how could I slight “Space 1998” with its flighty bass groove and twinkling keyboard layered throughout? Recycled or not, it’s one of my favorite tracks, and a progressive highlight on the album. Aside from this, it’s hard to pick at anything about Anomie. I tended to skip the album opener “Hospital Song” because the rest of the album far outpaces it almost to the point of it feeling out of place, but I mostly chalk that up to personal taste.

The penguin has many different species associated with it. Much like the tracks on this album, they are all slightly different and have their own strengths, comforts, and habits. Anomie amounts to one thing for Death and the Penguin: a confident piece of contemporary rock music that’s quite enjoyable. This is only their debut album, and already I feel like the band is onto something special. It makes me feel a little nostalgic and warm while listening and that’s hard to beat. It’s great!